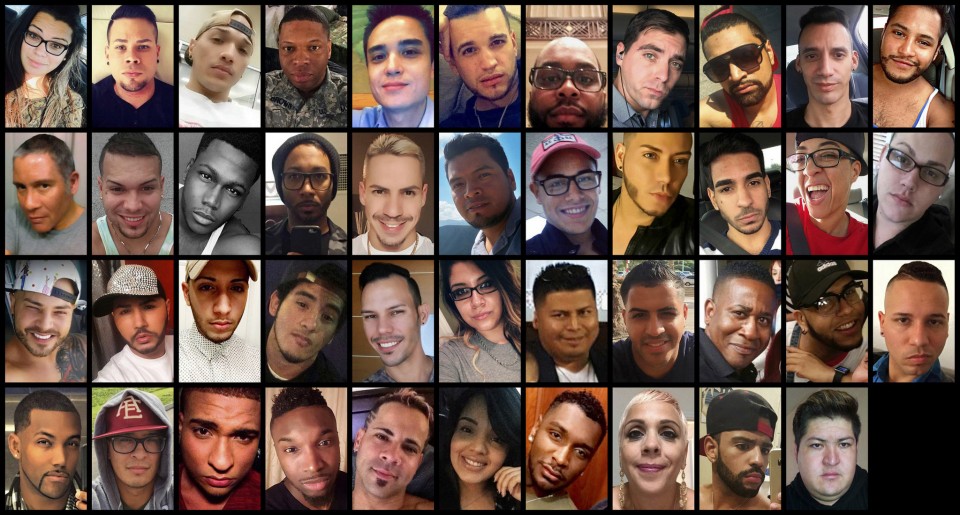 On June 12, 2016, a shooting at the Orlando nightclub took place and I find myself still processing. I find myself in disbelief over what and how this happened.

As I listen to the news, cautious of fact versus sensationalism, the details are convoluted in a scripted sort of way, that if I didn’t know any better I feel like I’m watching a flashback from Orange is the New Black. The pattern of rejection and betrayal that lead to this man taking action, against the group that supposedly justified his mission. News reports continue to add fuel to the fire by creating space for his story, his online activities, his failed attempts – at being a decent human. And while we are conveniently being distracted with all of the details that don’t matter, I find myself feeling that the reaction to all of this – is different.

Scrolling thru social media, specifically Facebook, my feed has few mentions of support, which is surprising as I pride myself on subscribing to diverse and eclectic pages. Yet, even the friends who I know are active in the LGBT community and giving a voice for those of us who are a little hesitant, are quieter than normal. No words of condolences, just silence. Why is this so different? Why am I not hearing about how we as a society need to come together and push for there to be change at a higher level? Why am I not hearing local leaders stand up and say, this is an outrage and something will be done. Something, is silence that something?

Silence can be deafening. Silence can be taken as acceptance. Watching the silence on social media, a platform that is used as a type of voyeuristic bar that insists on serving social injustice as the special on tap, as we get our taste for the day our level of tolerance lowers and our acceptance begins. Conversations are no longer had. Opinions are set forth as fact without research and thus is our foundation for a blatant disregard of human decency.

Stokely Carmichael a prominent civil right leader once said “In order for non-violence to work, your opponent must have a conscience.” Step back for a moment and ponder that statement. This was said in the late 1960’s as a critique to Dr. King’s held philosophies and strategies on how he worked with government leaders to make change.

Think about how often we are bystanders to these large devastating scenes on a smaller scale, in your own community.

Instead of using assault weapons, replace them words involving hashtags (in the media or online) and public performances of juvenile diversions (think out of control city council meetings or an op-ed piece in the local paper that is based on biased rumors) many of us who had home training, were taught not to display.

Yet, we gawk from the sidelines and vociferate online how vile the situation is, we write long winded articles (me) hoping that someone will draw a line as a marker of what’s considered unacceptable. I realize that, most times, people don’t say anything because they don’t want the spotlight. Being ostracized is not on anyone’s bucket list, yet when people know your name for whatever reason, the risk of that is exponential. I digress.

What if our small communities drew a line of what is considered acceptable?

What if we held people accountable for their sandbox behavior towards others based on inconsequential rantings that we turn into facts?

What if we use our positions in the public sector as platforms to encourage what we’d like to see in our communities instead of bathing in the negative? What if?

I find myself turning back to social media, nursing my grief induced hangover, a consequence of binge soap-boxing about the current state of reality. I look for the leaders that inspire hope in the blanket of darkness – we call chaos. And I remember, while it takes a group to make a movement to push towards change, that movement will always start with one person.