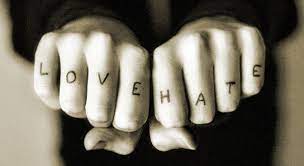 What I’m Watching: The Irregulars on Netfix

What I’m Listening to: NPR

Public service often means taking the hits and keeping the smile on your face; keeping your comments to yourself and helping the angry customer; or owning up to a failure without deflecting it onto others. As public servants, this is what we do.  I recently was listening to NPR on a Saturday, as I often do while my weekend chores, and I heard a story that truly inspired me in this regard. It wasn’t even the entire story, but a part of the story where Dr. Anthony Fauci shares his wisdom on what I see as the heart of public service. In the face of harsh criticism, don’t take it personally. Cut through the harshness and respond to the message.

On this particular Saturday, I was listening to Radiolab as I was washing my car. The episode was looking at protests and what works in actually making change. The focus was on the AIDS movement of the late 1980s and early 1990s to look at what methods of protests were most effective in moving the needle. It was an interesting piece, and smack in the middle of it was a clip that I cannot get out of my mind. It turns out that Anthony Fauci was a much-despised figure by AIDS activists. This was a surprise to me as I listened, but as I continued to listen I found my bit of inspiration. In the face of the hatred directed toward him by a community who had been marginalized and maligned, Dr. Fauci chose love.

Dr. Fauci had become the lead person in the U.S. government focusing on AIDS research. As many people were dying, and progress was not coming quickly enough, there was a lot of anger and frustration on the part of the gay community. An open letter to Dr. Fauci written in 1988 by an AIDS activist  stated “you are a murderer…you should not be honored at a dinner. You should be put before a firing squad.” The nation’s drug trials lacked diversity, people with AIDS were left out of the discussion about the research, and the research focused on a poisonous drug with terrible side effects. While Dr. Fauci was focusing his research on AIDS, in the eyes of activists, he was the symbol of a government that was not doing enough.

This all culminated in a 1990 storming of the National Institutes of Health, a massive protest outside of Dr. Fauci’s workplace. As part of the protest, four people in hooded black robes carried a coffin that had the words “F***k You Fauci” on the side and a Fauci head on a spike that they ultimately burned.

I don’t know about you. I have had my haters, but never had anyone put my head on a spike or had my imagined death celebrated in protest. I cannot imagine how you don’t take this personally.

As the story evolved, they revealed that Dr. Fauci had reached out to the activist who wrote the open letter in 1988 and had used this as an opportunity to listen to and develop relationships with the activists. By the time of this 1990 protest, he had become friends with many of those who were publicly shaming him.

In the Radiolab interview he said, “If somebody is that angry to be able to print that in a national newspaper, I mean I gotta find out what is it that has stimulated him to do that.”

Dr. Fauci was able to separate the personal attacks on him as a symbol of the federal government from the message. He said, “You care about people no matter who they are and you keep an open mind to opinions. Once you become defensive and push back, you never hear what their message is. And once you listened to what their concern was, I got this feeling that, goodness, they’re right!”

In so much of my training over the years, I have learned about the importance of active listening. Let the constituent vent and show empathy. Sometimes, though, it is hard not to take the hits personally, as an attack on my character.  Now, on the days when I feel that the criticisms are personal, I can call on the inspiration of Dr. Fauci, who, in the face of “F***k You Fauci” and his head on a spike, was able to reach out and forge alliances with his haters to change the world for the better. Isn’t that what public service is all about?

I encourage you to listen to this Radiolab episode. In addition to better understanding how protest can lead to change (which is clearly an important take-away), you may also feel a sense of inspiration regarding our call to public service.

Thank you, Dr. Fauci, for your leadership, resilience, and selfless service. You are an inspiration to all of us who are called to serve.

Source: Radiolab episode from December 18, 2020: Ashes on the Lawn, WNYC