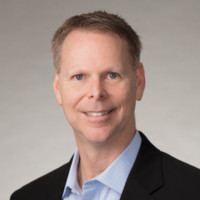 This article is by ELGL member Mark R. Miller with the deBeaumont Foundation.

See that angry face? One of those was me. Reading the comments on this post, I learned about some security issues with Canva that I hadn’t been aware of – but as the original poster pointed out, it seems to be more of a phishing issue than a security threat with the application itself.

But regardless of the details, this brought back frustrating memories of some experiences I’ve had at previous jobs – and reminded me of the ways my teams and I were able to overcome them.

I have to start by telling you that I’m old. Well, in my 50s, but older than most of the cool kids in ELGL. So I remember a time when email was a new thing. And when, in the 1990s, my communications department at a federal agency shared a single AOL dial-up account that we had to take turns using. My real education in digital technology came when I joined the Case Foundation, the charitable organization of AOL founder Steve Case and his wife, Jean. As their first vice president for communications, I loved being immersed in interactive technology and its promise to bring about positive social change.

I took that enthusiasm to my next job, where I led fundraising communications for a 6,000-person children’s health system. The year was 2007, and Facebook was just starting to allow organizations to create business pages. I specifically remember sending an email to the executives who led the health system’s legal, communications, and fundraising teams to ask if I could start a Facebook page for the organization. Not really knowing what that meant, they didn’t object. Soon after that, we joined Twitter and quickly became the one of the most popular children’s hospitals there. In 2012, we won an award for the best use of social media in healthcare.

But as an institution, we had obstacles. I made it my mission to open social media up for 6,000 employees — as well as patients, families, and visitors — even though the idea faced resistance from a cautious IT department and risk-averse legal team. This goal became more challenging when one day, the fundraising and communications teams suddenly lost access to all social media channels, even though maintaining them was part of our job. We couldn’t access Dropbox…or Gmail…or any external email or file-sharing sites. Our panic quickly turned to rage toward the IT team that had decided to block all of these sites without talking to anyone first. Fortunately, we were able to have the restrictions lifted and proposed to IT that we work together to find a solution that would allow us to do our jobs while preserving security.

That began a discussion that led to the health system fully opening access to social media to all employees and the full use of the file-sharing and interactive tools we needed to do our jobs well.

Here are the lessons I learned that may help you:

Martin Luther King Jr. famously said, “The arc of the moral universe is long, but it bends toward justice.” I’d argue that the arc of technological progress is also long, but it bends toward openness and acceptance. So keep fighting the good fight and advocate for the technology that will help you do your job with creativity and innovation. Not only will it make your job easier, but it will help your organization serve your community more effectively and efficiently.

Mark R. Miller is the vice president of communications for the de Beaumont Foundation, which supports state and local public health to create communities where everyone can achieve their best possible health. His political and nonprofit career has included senior-level jobs at the White House, the Corporation for National Service, the National Governors Association, Children’s National Medical Center, and the Case Foundation.