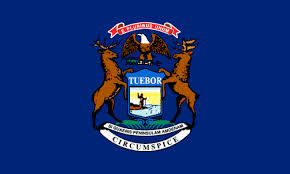 Our Take on Michigan

The mere mention of local government in Michigan generates discussion about the financial crisis in Detroit, and the impact on surrounding cities. Pontiac was the latest city to land in the crosshairs of the New York Times.

With that understanding, the Fifty Nifty visits Novi, Michigan with the hopes of finding a city that defines the popular “Pure Michigan” videos. Clay Pearson, Novi city manager, is a local government leader in Michigan and nationally and internationally through his involvement in ICMA. Novi is also home to John McCarter, one of newer ELGL members.

Through Clay’s involvement internationally, he has connected with another ELGL member, Bill Monahan (Milwaukie city manager). Clay and Bill have become a bit of a dynamic duo in promoting local government abroad including their most recent travels to China. ELGL is especially grateful to Bill and Clay for recruiting our first international member, Cindy Fu, during their trip to China.

Before we learn more about Clay Pearson and his innovative efforts in Novi, we must first take a look at some of the “interesting” laws enacted by other Michigan cities.

Clawson: There is a law that makes it legal for a farmer to sleep with his pigs, cows, horses, goats, and chickens.

Detroit: Putt-putt golf courses must close by 1:00 AM.

Grand Haven: No person shall throw an abandoned hoop skirt into any street or on any sidewalk, under penalty of a five- dollar fine for each offense.

Soo: Smoking while in bed is illegal.

Wayland: Anyone can keep their cow on Main Street downtown at a cost of 3 cents per day.

Clay J. Pearson was appointed as the City Manager of the City of Novi in July 2006. Mr. Pearson oversees all City operations and works closely with the City Council to carry out its annual goals and policy directives. He is responsible for the internal operations of the City, which consists of a 2011/2012 General Fund budget of more than $28.0 million, in a total budget of $48.7 million, and 238 full-time employees. In Novi, growth management and development, organizational development and employee support, technology initiatives, infrastructure, budget management, public safety, parks, recreation and cultural services, and citizen engagement are priorities.

Over the last year Mr. Pearson has been instrumental with business attraction efforts and economic growth on a local, national, and international level. He continues to be active with the International City/County Management Association, an organization of 8,871 managers worldwide, along with multiple associations and organizations. Mr. Pearson also serves on the Board of Directors of Alliance for Innovation, the Michigan Intelligent Transportation Systems, Michigan Local Government Managers Association, and the Library Network Board.

In addition, Mr. Pearson is a member on the Building Authority. This Board was responsible for the development and construction of the new Novi Public Library. The new Library is an integral component of the Civic Center Campus, providing lifelong learning and creative opportunities adjacent to the recently developed Fuerst Park with its sculptures, bike and walking paths, Township Hall and amphitheater.

Mr. Pearson holds a Bachelor of Arts degree in Economics from Gustavus Adolphus College in St. Peter, Minnesota and a Master of Public Administration degree from the University of Kansas. He lives in Novi with his wife, Jennifer.

Background Check on City of Novi

Novi continues to be one of the fastest growing cities in Michigan. The construction of Twelve Oaks Mall in the 1970s made the city a major shopping destination in the Detroit metropolitan area and is often credited with ushering in an era of growth that lasted for 40 years (although, in fact, the community had been growing rapidly since the 1950s). This growth has led to substantial increases in the city’s population, as well as commercial and industrial developments in the city. Novi was ranked #48 on Money magazine’s list of the Top 100 Best Places to Live in 2008.

Best piece of advice from your parents. You have a commitment with your paper route.  Get out of bed.

In a dream world, which bands would headline your retirement party? Mumford & Sons backed up by the London Symphony with interludes by Linkin Park

(Complete the sentence) Before I die I want to…….Discover immortality.  Second choice, create a legacy that kids coming up into public service think that I have provided some examples that they may want to pursue and build upon.

This question  made me think to dredge up the top books that our great Police Chief, David Molloy. List: Chief Molloy and Clay Pearson Reading Recommendations

Describe the inside of your car. Pretty clean with a phone charger at the ready and a notebook

What’s the meaning of life? Each day is an opportunity to learn, grow, and advance.  The opportunities behind are gone and the ones ahead are not here yet.

As a pre-teen, I think I had changing dreams of oceanography, military, academia, and exploration. First local government job was a summer working for McPherson County, Kansas on a survey crew, driving out to distant points and holding a survey rod.  I also took the initiative to putting the survey cards onto a database that I created.  I liked the intersection of business, politics, and government that local government management brings.

I’ve been fortunate to have a great support system of mentors, family, and colleagues that have nudged me and kept me from actually committing noteworthy career mistakes.  Probably lots that I have thought up and just not pulled the trigger?

Yep.  Those are the usual descriptions of what we do in professional local government.  There are too many flavors and varieties of local government structures, I do not blame people for not tracking all the behind-the-scenes titles.

Great question.  I ask in people in different venues if they took a shower that day, if they would call 911 when they got into trouble, if they enjoyed parks, if they drove on a road or walked on a sidewalk that day.  Those are some of the things that local government professionals handle and are ready to tackle.  I think that at the City of Novi we have a pretty vigorous and multi-faceted communications network and I think that pays off to gaining support and understanding of local government here.  People do appreciate the pros in our building department, library, etc. and know they are part of an organization and team that works hard and works well.

I am also including the following  list of preparations to consider throughout your career, and especially when you are looking to move up the ranks. List: Career Preparations

Mentoring is such an important part of local government. Name three or so of your mentors.

(Complete the sentence) In 2018, local government will be …………Hyper connected, important, data-driven, progressive, and thriving.

Why have you traveled around the world so much?