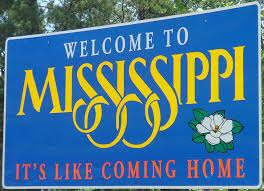 Our Take on Mississippi

The 50 Nifty puts on its best seersucker suit as we head to the state of Mississippi to profile Parker Wiseman, Mayor of Starkville. Mayor Wiseman was a classmate of a number of ELGL members who attended the University of North Carolina MPA program. Before we learn too much about Parker, let’s find out about what’s going on in Mississippi.

Also known as the Magnolia State and the Hospitality State, Mississippi is the 32nd most extensive and the 31st most populous of the 50 United States.  Jackson is the state capital and largest city with 175,437 people. When ELGL thinks about Mississippi, we think about cowbells, Elvis, “One-Mississippi, two-Mississippi”, and the Teddy bear (which gets its name from President Theodore “Teddy” Roosevelt who on a 1902 hunting trip to Sharkey County, Mississippi ordered the mercy killing of a wounded bear.)

As with all other U.S. states and the federal government, Mississippi’s government is based on the separation of legislative, executive and judicial power. Executive authority in the state rests with the Governor, currently Phil Bryant (R). The Lieutenant Governor, currently Tate Reeves (R), is elected on a separate ballot. Both the governor and lieutenant governor are elected to four-year terms of office. Unlike the federal government, but like many other U.S. States, most of the heads of major executive departments are elected by the citizens of Mississippi rather than appointed by the governor.

Mississippi is one of five states that elects its state officials in odd-numbered years (the others are Kentucky, Louisiana, New Jersey and Virginia). Mississippi holds elections for these offices every four years, always in the year preceding Presidential elections, the most recent of which was in 2011.

Uniquely, Mississippi was the last state to give shares of its popular vote exceeding 85% and 90% to one candidate in a presidential election: in 1944, Franklin D. Roosevelt won nearly 94% of Mississippi’s popular vote, and in 1964, Barry M. Goldwater carried the state with 87% of votes.

Mississippi has enacted its share of interesting laws such as:

Hazelhurst: You may not fish by using an Uzi.

Oxford: You may not cheer unless there is a reason too.

Temperance: You may not walk a dog without dressing it in diapers.

Tylertown: It is against the law to shave in the center of main street.

Winona: You may not honk horns as they may scare horses.

Experience: Member of the Mississippi Municipal League Board of Directors

Mayor Parker Wiseman has been the Mayor of Starkville, Mississippi since 2009.  Under his watch, Starkville has maintained budget surpluses, a growing “rainy day fund”, and one of the lowest municipal tax rates in Mississippi.  With a disciplined, proactive approach, the city has exceeded targets set for infrastructure improvement and established itself as a model community for livability.

For its efforts in promoting healthy living and recreational exercise, Starkville was recognized in 2011 as the “Healthiest Hometown” in Mississippi and earned the Playful City USA distinction in 2011 and 2012.  Due to its steady population growth Starkville became the largest city in the Golden Triangle region for the first time ever in 2010.

Parker is a licensed attorney, a certified municipal officer, and a member of the Mississippi Municipal League Board of Directors.  He is a 1999 Starkville High School graduate, and he holds a bachelor of arts in political science from Mississippi State University.  In 2005, Parker earned a masters in public administration from the UNC School of Government, which currently ranks 6th nationally in city management graduate education.  He graduated from the University of Mississippi School of Law and was admitted to the Mississippi Bar in 2008.

Starkville (population: 23,888) is the home to the largest university in the state, Mississippi State University.

The university is also the largest employer of Starkville. Students have created a ready audience for the Magnolia Film Festival. Held every February, it is the oldest film festival in the state. Other major events held in Starkville and heavily supported by the MSU Student Body are the Dudy Gras Parade, Cotton District Arts Festival, Super Bulldog Weekend, Old Main Music Festival, Ragtime & Jazz Music Festival, and Bulldog Bash.

On March 21, 2006, Starkville became the first city in Mississippi to adopt a smoking ban for indoor public places, including restaurants and bars.

There is never a good reason to feel sorry for yourself.  Life is full of bad breaks – some are downright terrible.  Nevertheless, my parents relentlessly instilled in me the notion that self pity is a bad response to even the worst situation.  As I’ve gotten older, I’ve come to value that advice immensely.  In a world where bad things happen to everyone, it’s how we respond to the tough stuff that defines our character.

Sir Mix A Lot and there is not even a close second.

It’s an old police cruiser with all of the original police radio equipment stripped out of it, and that makes it look bare in the middle.  Typically there are papers piled in the front passenger seat and the two back side seats.  The back middle seat has a child seat attached.  The floorboard usually has a few old water bottles, diet coke cans, and coffee mugs rolling around on it.

Love God and love all humankind with everything you have.

Q & A with Mayor Wiseman

As a 12 year old I wanted to be a professional football player.

My first job in local government is my current job – mayor of Starkville.  When I was in law school, I came back home (Starkville) to visit my parents.  A friend of mine who was involved in local government told me I should come home and run for mayor when I finished school.  I wasn’t immediately taken by the idea, but I warmed to it the closer I got to finishing law school.  I don’t even know how serious that friend of mine was who gave me the idea, but he definitely planted a seed that changed my life.

My first attempt to resolve Starkville’s issues with declining city facilities went miserably.  The plan was to:

While the plan was executed perfectly, the result was a referendum that failed at the ballot box.

In retrospect, my mistake was in my perception of the issue.  The state of city facilities was a toxic political issue for a decade in Starkville.  I thought a citizen driven process would build public consensus from the grassroots up.  In actuality, my conclusion after the failed referendum was two factors were responsible for the issue languishing for a decade:

After the bond referendum failed, I pursued a public-private partnership to cut the cost of meeting facility needs in half.  The proposal did not call for general obligation bonds, nor did it carry tax implications.  Ultimately the proposal was approved and is proceeding forward; however, the governing board and the community remain divided over the issue.

In conclusion, the most important lesson I learned is that consensus is sometimes not possible on big public issues.  When that is the case, it is necessary to decide whether the issue is important enough to be advanced through a divided coalition.

Most people are familiar with the notion that a mayor is the chief executive of a city.  Nevertheless, my experience is that my friends and neighbors are less familiar with the nuances associated with the particular powers and duties of a mayor in varying forms of city government.

Yes, it is extremely gratifying to be able to say that your job is improving the community where you live.

Even more focused on quality of life issues than it is today.  Millennials are attracted by the lifestyle amenities a community offers more than their predecessor generations.  That is dramatically changing the focus of local government.