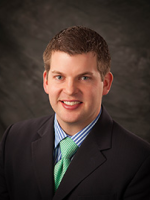 In January 2008, I was a lowly college student working two jobs and surviving on frozen pizza and burritos. I had a 1965 Ford Mustang which was probably the only reason I had a beautiful girlfriend, Kira. When I wasn’t working, I was dating.

Absent work and dating, I found myself sitting on aged, stained armchairs on the 2nd level of the university’s social science building. I spent many hours in that building reading The New York Times, Salt Lake Tribune and scrolling through news feeds on my phone trying to figure out what was going on in the world (wars, recession, presidential politics, etc.). I was the stereotypical college student who was told I could make a difference in the world…I just needed to figure out how I would leave my mark. Here are four decisions I made in 2008 which altered the course of my life forever.

Decision One: “Intro to Public Administration”

While attending Weber State University, I enrolled in a class titled, “Intro to Public Administration.” I knew it was a government class and little else. Growing up in a rural community, I had no idea where culinary water came from, or what a special district was, or the difference between a sheriff’s deputy and police officer. The professor was intensely passionate about local government and community. I saw, in him, an incredible sense of urgency and passion for community that seemed to transcend from him to me. I felt that if I wanted to make a difference in the world, local government was the best way for me to use my skills and talents. During the 2nd week of my class, I stayed late and shared my feelings with the professor and set out to learn more about possible careers. He made a phone call to a local city administrator and the next day I was working nearby as an unpaid intern for a small municipality. I don’t think many people grow up wanting to become a city manager, rather we wander into this career unexpectedly.

As an unpaid intern for Perry, Utah, I was able to learn about the machinations of local government. I learned about water/wastewater treatment and toured several facilities. I visited construction sites with the building official and city engineers. I helped stuff, seal and mail over 1,800 individual property tax bills to each residence in the community. I even sat with a police lieutenant as he explained his radar gun (no tickets issued that day). The city was so small that I didn’t even have an office – I sat in the Mayor’s chair at the Council dais and my personal laptop with Wi-Fi were my only tools. There was no shortage of challenging projects to work on, yet I couldn’t get enough. And the fact I wasn’t getting paid didn’t make a bit of difference.

One memorable project was helping the City rewrite its municipal code. At the time, the code wasn’t available online and so this project was part of a larger effort to make government more accessible to the public. Government accountability is something I am very passionate about. Anyways, I will always remember reading and proofing language for the City’s sexually oriented business ordinance…let’s just say the vulgarity of a high school locker room or naval air base got nothing on that City ordinance! I spent a lot of time with the city administrator and enjoyed learning about every aspect of his job.

After Perry, I pursued another internship opportunity but for a non-profit based in Washington, D.C. I picked up several lifelong skill sets which I continue to use daily but my fondest memories stem from the 2008 Presidential election. At the time, there was a palpable feeling in the D.C. air as everyone contemplated the meaning behind electing our country’s first African-American President. I lived in a high-rise building and had a beautiful view of the entire Capitol Mall. Windows were open, facing downtown, and I remember hearing people’s reactions when the election was called. People literally cried out into the Tuesday evening air and then partied all night long. The following day, people waited in lines that stretched around multiple city blocks just to obtain historic newspapers. I loved the vibe and I loved that people cared about government. There is something special about living in Washington, D.C. and from that point on, I knew I always wanted to be somewhere near the center of government. This was a major decision for me because I also considered health care administration, non-profit management, a military career and even becoming an attorney.

After my D.C. experience, my mind was clearly made. I began filling out applications for graduate school to obtain an MPA before completing my internship.

If I made a single, great decision in my life, it was to marry a wonderful person who has always supported me. Kira – that beautiful girlfriend who loved my ’65 mustang – became my wife and is now mother to our two wonderful boys. We were married on 08/08/08 and are having a wonderful adventure together. Not everyone will decide to get married, or have children, or own a dog. But in this career field – and in life – we need family, friends, colleagues and/or loved ones by our side. This is especially true during the most difficult trials of life. When I have challenging issues – work, personal, and/or religious – I reach out to those closest to me for advice, listening and friendship. I frequently keep in touch with a small group of former classmates from an MPA program which has also expanded to include a few colleagues. Sometimes we vent in frustration while at other times we laugh at the silliness of our career choices. I mean, I never thought someone would call me “the devil” for installing a stop sign at the intersection nearest their home! And don’t even think about removing someone’s illegal garage sale sign…I should have known they spent hours making that cardboard sign (sarcasm intended)! But the really difficult, challenging issues are most surmountable with friends nearby. Death of employees or children. Wildfires, floods, tornadoes and ice storms. Prominent community leaders committing sexual abuse of children.

As we speak, our community is recovering from an incident which included armed robbery, shots fired at a police officer, and a manhunt. And we are all struggling to find answers as our country deals with race relations, community policing and gun violence. Professional challenges which keep me up at night are not annual budgets or service delivery, but rather about that family which lost a father/husband or the hundreds of families displaced by the wildfire. The heavy burden of this work does weigh on the mind and it certainly impacts the overall health of any public official. Since my decision to marry Kira, or to befriend a few people who became my confidants and trustees, I have never had to carry these burdens alone.

Allow Myself to Introduce Myself with Dylan Feik