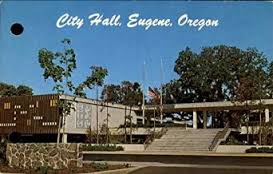 I vividly remember the night Obama was elected president. I was working in a brew pub, with a staff full of best friends, cautiously aware that the amount of money I was making was tempting enough to make me a server for long enough that I would not relevant for jobs outside the food and beverage industry. I had contemplated law school or graduate school. I eventually choose grad school because law school seemed financially overwhelming, and inhibiting when my career path, in making the world a better place, would not bring in the big bucks. And yes, I say world because that was my vision. I opted for a degree in international relations intent on working for an NGO, providing services to people in poverty.

Two years later, I trucked off to grad school at Missouri State University. I spent my first winter break in Mexico, and after talking with one of the locals about their newly elected president, Filipe Calderon, he said something that changed my trajectory forever. He loved the idea behind Calderon, his bold vision for the country and his audacity to take on cartels. But, he said, nothing will change unless politicians and government employees down to the local level adopt the same ambition, vision and audacity. The community needed buy-in, and those with influence needed to make the changes that benefited the community.

This struck a cord for me. We have heard that true change starts local. It hadn’t resonated until then. I realized that while I did want to have an impact on under-served populations, I did not need to travel across the world to do so. In fact, I could influence change in my community. When I returned from Mexico, I changed my degree path to a masters in public administration.

In all honesty, to this point in my life I was oblivious to services provided my local government. Chasing my MPA taught me that so many of the things that were important to me were there because of the city or county. From infrastructure to parks and recreation, not to mention being one of the largest job providers in the region, I needed to learn where I belonged in local government. I obtained an internship in the City of Springfield, Missouri’s human resources department. The internship coordinator, who initially set out to become a police officer, said she felt like HR was the police of the organization. My internship lasted 15 months and I learned more about the inner workings of a city than I could have imagined.

Into the Real World

Eight months before I graduated, I started applying for jobs. And I kept applying. I kept a spreadsheet, and after it was all said and done, I applied for more than 100 jobs. Seven months until my job search, I received my first call for an interview. It was for a temporary job at a bank in Jacksonville, Florida. They could only guarantee 90 days worth of work. Unfortunately, someone else with a masters degree landed the job.

I received my second callback from an auto parts company. They had a position in employee relations. I had never heard of employee relations, but I had heard of unemployment, and thus, I made it through the recruitment process and landed my first professional position, not using much of the degree I had just spent a nice chunk of change on.

Something interesting happened to me during my time in the private sector. I meet a lot of people who’s goal was to find a good job, work until retirement, and then enjoy life. When you are in employee relations, you meet people who aren’t the happiest in their positions. What amazed me was the commonly accepted misconception that to dislike your job was normal. When I told someone I wanted to love coming to work every day, I wanted to have a positive impact on people’s lives, I wanted to love where I lived, I was told that I had “pretty high expectations.” Apparently, searching for happiness equates to bucking the system.

In that job, I worked for one of the best management teams. They knew our job was rough, they fought for us, they recognized us for the depth of work, and they kept a pulse on what motivated us. I knew remaining in the private sector would not be fulfilling, and I knew leaving meant I might never be part of such a great management team again. I chose to follow the career and life that would be in line with my values, and they were supportive!

Back to the Northwest

Cut to present day. I jumped. I quit that job, moved back to Oregon, and started my job search again. I worked for same brew pub that I had before. I was nervous that I had made the worst decision of my life.

Two and a half years later, I am so glad I followed my true passions and I am serving the community in which I live and love. I love what the city, county, chamber of commerce and economic development entities accomplished while I had been out of state. I continue to learn about the services our city provides, like affordable housing, fighting climate change, and hosting the Olympic Trials. I cannot wait to be involved in molding this city into what it will be in the next eight years, and I am grateful for an active community which shares their voice and wants their passions reflected in their community. I would say, they don’t have “pretty high expectations”. I would say their expectations are right on.

My Life in Presidential Terms with Dylan Feik, City of Calistoga, CA

6 Tips for Writing a Resume by Katie Babits