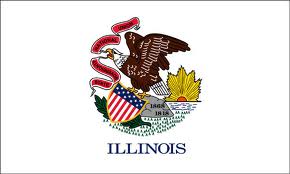 Our Take on Illinois

With our expanding Midwest presence, we find it appropriate to revisit the “Land of Lincoln.” So far, we’ve heard from Patrick Rollens, Village of Oak Park communications and social media and Randy Recklaus, Village of Clarendon Hills manager. We had hoped to add Oprah, Michael Jordan, or Abraham Lincoln to that list but fate would not have it. Luckily, we came up with the next best thing, Greg Stopka, Alliance for Innovation, Central Regional Director. Greg is a familiar name and profile picture for those of us who have participated in the Twittersations. Now we get to see if Greg can entertain for more than 140 characters, but before we do so let’s reeducate ourselves on the “Prairie State.”

We start at the top when we look at Illinois’ impact on local, state, and federal government. Abraham Lincoln, Barack Obama, Ronald Reagan and Ulysses S. Grant each have roots in the Illinois. Ronald Reagan, really? Yes, Ronald Reagan started his political career in California but is the only U.S President born and raised in Illinois.

While it’s nice to have a four presidents with roots to your state, Illinois also carries a nefarious reputation for political scandals. To refresh your memory, Blago, Jesse Jackson Jr., and George Ryan each stem from Illinois and will not be found on a state Chamber of Commerce brochure anytime soon.

If you love local government Illinois is the state for you. Illinois has more units of local government than any other state—over 8,000 in all. The basic subdivision of Illinois is like almost every other state, the county, and Illinois has 102 of these. About half of these counties, in turn, are divided into townships, which is much the same as many other Midwestern states. Finally, Illinois has a number of cities, villages, and towns commensurate with a state of its size. But these make up only about a quarter of the governmental units. Single-purpose governmental entities make up the rest.

With so many local governments, it’s inevitable that a number of unique/strange/odd laws exist. Here are our favorites:

Greg received his MPA from the University of Kansas and has roughly five years of local government experience. Before working for the Alliance, he worked as the Assistant to the City Manager in Yuma, AZ and in the budget office in Olathe, KS.

Background Check on Alliance for Innovation

The Alliance for Innovation is an international network of progressive governments and partners committed to transforming local government by accelerating the development and dissemination of innovations.  They seek out innovative practices, challenge existing business models, exchange knowledge, and provide products and services that help our members perform at their best.  Together with partners, International City/County Management Association (ICMA) and Arizona State University (ASU), they promote excellence in local government and build a community of practice in local government innovation.

Best advice from your parents:

Just because people are different does make them wrong; always looks for common ground similarities

Learning doesn’t stop with school, work or age, it’s something that must happen every day.

The Beatles, Pink Floyd, but really I appreciate any kind of musical talent

(Complete the sentence) Before I die I want to……….leave the world a better place than when I found it.

Four most influential books in your life.

All the Kings Men

The Servant: A Simple Story About the True Essence of Leadership

Describe the inside of your car. Simple, hopefully clean, with a couple things left in the back seat

What’s the meaning of life? Aligning your natural talents with a civic need to make the world a better place

When I was 12, I recall my dream job was a tie between being a professional basketball player (the Chicago Bulls won their 4th championship that year) and being president of the United States.  Once I realized my “skills” on the basketball court probably weren’t strong enough, the political side took over.  While in college, I served 2 years as student government president with a political science and business majors but had no idea what to do with them.  I flirted with a political career through internships, but ultimately decided politics wasn’t the best route to improve the community.   One day, my public administration professor decided not to teach the planned lesson and instead talk about city management.  I was hooked.  I abandoned political aspirations and began applying for MPA programs.  My first local government job was working in the budget office for the City of Olathe, KS as an intern.

Being part of the Leadership ICMA Class of 2015

Being hired as the Central Regional Director with the Alliance for Innovation where I’ve been able to help local government build more innovative culture. I’ve created new and innovative networking opportunities for Alliance members encouraging innovation and collaboration with some of the most innovative local governments in the industry.

Assigned and responsible for overseeing the Yuma U.S. Census Complete Count Committee to plan and implement local outreach efforts; the City saw a 10% increase in respondents from the 2000 Census.

When I first started with the Alliance, I was eager to be involved in anything to help make my mark.  However, the lesson is when you are in a new position take your time to learn where your strengths lie and how they can best align and help the organization improve instead of blindly jumping in.  You will be successful and adjust quicker.

Yes, to this day, my grandmother in addition to many strangers on airplanes think I’m a city planner.

I believe the main reason for the lack of understanding is that most local governments have a culture where the citizens view themselves and the work they do as separate from government.  As Bob O’Neill, Executive Director ICMA likes to say, they have a vending machine mentality with their local government where they pay taxes to receive services.  This paradigm has to change.  In order to improve the reputation of local government, the city should identify the talent in the community and have them, not staff, solve the problems.  Moving staff to more of a facilitator and guide will reframe the way citizens view their role with the local government but also their community.

I do every chance I get.  Most people in our generation want meaning and purpose in their work.  The federal government is strangled by partisan politics and broke; state governments are just broke.  There is no better place to make a meaningful impact than local government.

What position or role in the organization would best utilize your strengths and personality?

After learning about the ideas you have for improving local government, I’d ask how you would get there.  It’s great to have ideas but without action they are just theoretical exercise.

Karen Thoreson, current president of the Alliance for Innovation

The Board of the Alliance for Innovation (all of them)

(Complete the sentence) In 2018, local government will…………have transitioned from a service provider to more of a facilitator of community resources, building capacity to meet community outcomes.