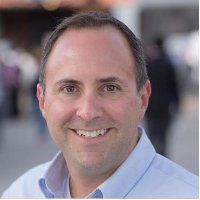 We’re back with the new “New Sensation” feature. We’ve updated the questions based on your feedback. You’ll now learn about the best YouTube videos on the web, read about gift ideas for the holiday season, and learn about the career accomplishments of our new members.  As a reminder, we developed this feature to introduce you to new ELGL members and as a way on connecting ELGL members with similar interests.

Michael S. O’Brien is the founder and principal of MOB Advocacy. He brings over ten years of state and local government relations experience with corporations, national trade associations and non-profit organizations to serve clients in this full-service, multi-state government relations firm.

Michael founded MOB Advocacy with the intent of focusing on start-ups, small businesses and non-profit organizations. “Through my years of lobbying at the state level and developing national state and local direct and grassroots strategies, I saw a lack of representation of small business and start-ups at the National Governors Association (NGA), the National Conference of State Legislatures (NCSL) and other similar meetings,” said Michael. “There is a common saying, ‘If you are not at the table, you are on the menu.’ and I think we can help bring an important voice to the table,” he added.

Starting MOB Advocacy – It feels like the culmination of all the hard work and crazy jobs I’ve had over the last 15 years.  I have a passion for state and local government relations and helping small businesses and startups, and MOB Advocacy is a combination of those passions.

Creating a national federal/ state/ local/ grassroots advocacy program for the National Conference for Community and Justice (NCCJ CARES).  I created a national advocacy platform for a non-profit from conception to design to launch and implementation.  It was my first advocacy job and where I developed my love for state and local government advocacy.

(Complete this sentence) I feel old when I……..When I see grey hairs, or when I wake up in the morning.

Tell us about two mistakes that you’ve made that we can learn from.

What is MOB Advocacy

How It Happens: Lobbyists

Governor Christie and Mayor Booker: Don’t Worry, We’ve Got This

As part of being an ELGL member, we give you a chance to redo or change any part of your life. How would you use it?

Wow. This hard, because I am very happy with where I am now.  However, if I had to redo one part of my life, I would have spent more time with my grandfathers.  One died when I was very young, and the other was quite, I didn’t really start to get to know him until just before he died.  They led such amazing lives, I wish I would have known them both better.

Our annual conference will be held in October 2014. Name three topics or speakers that should be included on the conference agenda.

(Complete these phrases) Best thing about the….

80’s was……. there was no internet and no digital photography

Name two of your mentors and describe them in five words.

How did you hear about ELGL?

Fast forward one year, what will factor into your decision on whether to renew your ELGL membership?

I’ll decide to renew based on how valuable the membership was to me.  If I am engaged and active, I am more likely to renew.

Give us two ideas for attracting and retaining talented individuals to the public sector.

These aren’t rocket science, but…

What questions should we have asked?

What one question you have about ELGL?