John was born in LaGrande, OR and lived in Wallowa, OR until high school. With limited economic opportunities in Wallowa, his family moved to Springfield where his Dad started working at Alexander’s Department Store.  He graduated from Thurston High School, Lane Community College and the University of Oregon. Completion of his college education was interrupted by the Vietnam War. He spent four years serving our country in the Army Security Agency.

After graduating from the University of Oregon and marrying Tresa, he established a home in Springfield, raised two daughters and now enjoys watching his grandkids grow up here.  Having lived in Springfield for 49 years, he has seen many changes and he is proud to have contributed through his years of volunteer activities.

Service to the community started when John was elected to the Springfield City Council and then served as Mayor. At the same time he started volunteering on many non-profit boards helping citizens in Springfield including Lane Workforce Partnership, Springfield Renaissance Development Corporation, Friends of Willamalane, McKenzie Willamette Hospital, United Way, SCAR Jasper Mountain, Western Rivers Girl Scout Council, Strong Schools for Springfield, Friends of Lane Community College and many more.

John’s professional career includes working many years in the field of economic development at the state and local level, working in manufacturing, managing contact centers and working in companies who provide a range of professional services. As Mayor he partnered with the Eugene Mayor and County Commissioner to form the Eugene/Springfield Metropolitan Partnership. He served on the board for over 20 years, and had the privilege to manage the partnership for over 8 years at a time when our area was very successful in creating new jobs. Working in the private sector gave him first-hand knowledge of the challenges of maintain good wages and benefits.

I am supportive and believe we will at some point, but am not convinced it will be in the next two years. 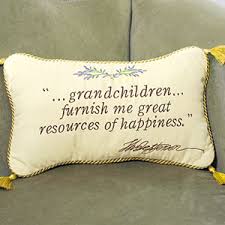 When Mayor I was asked by a neighbor to write a letter to a judge supporting their dog when they were charged with him being loose and off of their property.

I have not spent enough time in Salem to be able to make any recommendations yet.

While I have not officially served yet, I am looking forward to working with my colleagues from throughout the state and to doing my best to represent my local constituents.

We moved the state forward.

I don’t think so.