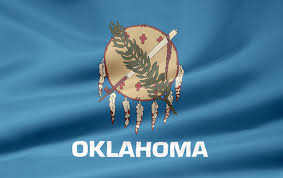 Our Take on Oklahoma

Boomer Sooner! The 50 Nifty project has landed in Oklahoma, the 20th largest state in the nation. We arrive in Oklahoma with few very perceived notions except our memories of University of Oklahoma star Brian Bosworth, Oklahoma!, and tornado watchers. We’ll see if Larry Stevens, Edmond city manager can enlighten us on Oklahoma and its local government environment. Before we do that, we provide you with a Cliff Notes version of all things Oklahoma.

A major producer of natural gas, oil, and agriculture, Oklahoma relies on an economic base of aviation, energy, telecommunications, and biotechnology. In 2007, it had one of the fastest growing economies in the nation, ranking among the top states in per capita income growth and gross domestic product growth.Oklahoma City and Tulsa serve as Oklahoma’s primary economic anchors, with nearly two thirds of Oklahomans living within their metropolitan statistical areas.

One of our nation’s most tragic events took place in Oklahoma City in 1995. The Oklahoma City bombing of April 19, 1995, in which Timothy McVeigh and Terry Nichols detonated an explosive outside of the Alfred P. Murrah Federal Building, killed 168 people, including 19 children.

What’s the download on government in Oklahoma? The state has 77 counties with jurisdiction over most local government functions within each respective domain,  and five congressional districts. While each municipality operates as a separate and independent local government with executive, legislative and judicial power, county governments maintain jurisdiction over both incorporated cities and non-incorporated areas within their boundaries, but have executive power but no legislative or judicial power. Both county and municipal governments collect taxes, employ a separate police force, hold elections, and operate emergency response services within their jurisdiction. Other local government units include school districts, technology center districts, community college districts, rural fire departments, rural water districts, and other special use districts. Thirty-nine Native American tribal governments are based in Oklahoma, each holding limited powers within designated areas.

Oklahoma has been politically conservative for much of its history, especially recently. During the first half century of statehood, it was considered a Democratic stronghold, being carried by the Republican Party in only two presidential elections (1920 and 1928). Generally, Republicans are strongest in Oklahoma City, Tulsa and their close-in suburbs, as well as the Panhandle. Democrats are strongest in the eastern part of the state and Little Dixie.

Ada: If you wear New York Jets clothing, you may be put in jail.

Clinton: Any person who leans against a public building will be subject to fines.

Oklahoma City: It is illegal to own a stink bomb.

Tulsa: You may not open a soda bottle without the supervision of a licensed engineer.

Wynona: Clothes may not be washed in bird baths.

Larry Stevens is the City Manager of Edmond, OK. He began his career with Edmond in 2002. Prior to that he was the City Manager in Pittsburg, KS and in Brookfield, MO. He has a Master’s Degree in Public Services Administration, Central Missouri State University.

Larry was the recipient of the 2007 Gerald Wilkins Award which recognizes the most outstanding city manager in Oklahoma. Claremore City Manager Troy Powell described Larry as “dedicated to the profession, innovative and ethical in all that he does.”

Edmond is located in the middle of Oklahoma (north of Oklahoma City. With a population of 81,405, Edmond is the sixth largest city in the state of Oklahoma. The city has been recognized on CNBC’s “10 Perfect Suburbs” list, listed as one of the “Top 100 Places to Live in 2007” by Relocate America, and selected as the most outstanding community by the State Chamber of Commerce. In 2009, Edmond appeared on Newsmax magazine’s list of the “Top 25 Most Uniquely American Cities and Towns,” a piece written by current CBS News travel editor Peter Greenberg. In determining his ranking, Greenberg cited the city’s 10-day LibertyFest event, which includes the state’s largest parade, as well as fireworks, a beauty pageant, kite festival, and rodeo.Department.

The supermarket chain Homeland is based in Edmond. The University of Central Oklahoma, one of the fastest growing in the state, is a major employer.  The city’s economy is centered on technology, manufacturing, construction, wholesale, and retail trade.

The city of Edmond is making efforts to promote public art with murals, stained glass and steel sculptures. On a portion of mainstreet, statuary lines nearly every corner. On July 4, 2007, the City inaugurated a bronze statue of Nannita R.H. Daisey, believed to be the first woman laying claim on Oklahoma land in the first (1889) land run.

Former FEMA Director Michael Brown. Interesting Note: Brown worked as an intern in the city’s Emergency Management Department while receiving a B.A. in public administration/political science from Central State University (now the University of Central Oklahoma), in Edmond. Brown was employed by the City of Edmond as the Assistant to the City Manager from 1977 to 1980.

Best piece of advice from your parents. Always be honest and tell the truth

In a dream world, which bands would headline your retirement party? Jethro Tull, Moody Blues, Beatles

(Complete the sentence) Before I die I want to…….see Alaska (the last frontier)

The Bible, To Kill a Mockingbird, and Undaunted Courage (Lewis & Clark)

Describe the inside of your car. Very plain vanilla, fairly clean and uncluttered

What’s the meaning of life? To serve God by serving others

We’ll assume you didn’t grow up dreaming about a career in local government. What was your dream job as a 12-year old? Major League baseball player

What was your first local government job? Admin. Asst. for Community Development in Warrensburg, MO

How did you end up in local government? I thought that I wanted to be a lawyer which lead me to law school. Despite getting good grades, I didn’t like it and got out after a semester. Following law school, I went to graduate school at Central Missouri State University for Public Services Administration. I landed a local government internship when my graduate school advisor recommended me to the city manager in Warrensburg, Missouri.

(I realize these are not new)

Don’t have the mind-set that the majority of the people in our communities are very interested in or even aware of what the City is doing or thinking about doing–for the most part they are not.  We primarily hear from the majority of our people when something goes wrong with the most basic of City services.

We can never be satisfied with our efforts to COMMUNICATE with the people in our community and our organizations, no matter how good we think we are in this area, and we always need to be looking at new and different ways to enhance how we communicate—both externally AND internally

Yes, depending on what their career goals are.

(Complete the sentence) In 2018, local government will be …………Much more impacted by more and better-organized special interest groups

Do I have a life outside of local government? ( I do)

Do I have a sense of humor and can I laugh at myself? (think I can)