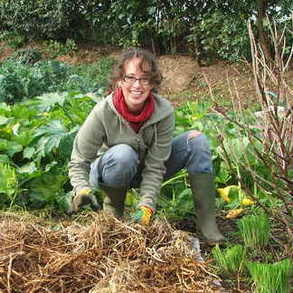 For many of us The Atlantic Cities is our Sports Illustrated, always bringing a fresh, unique perspective to government-related issues. One of the journalist responsible for this is Emily Badger. Emily is a Northwestern University graduate who began her journalism career covering sports but was unable to stay away from the exciting world of government and its involvement in all aspects of the citizenry. As you will find out, Emily spent a brief time in Portland which was more productive than the work produced by Sam Bowie and Greg Oden combined. We have one request, if you have a chance encounter with Emily, explain to her in great, painstaking detail the exploits of Jane Jacobs.

Emily Badger is a writer in the Washington, D.C., area, where she covers urban planning and affairs for The Atlantic Cities. She has written on many topics that have little to do with each other: cul-de-sacs, roadside rest area culture, soft-spoken senators and flying drones. She loves stories that get her behind the scenes at museums, and she particularly appreciates that when really bad things happen to her, it gives her something to write about. Primarily, though, she’s interested in cities, public policy and strange ideas, and she’s written about them for a wide variety of print and web outlets.

Emily grew up in and loves Chicago, which is why she has plastered her website with an image of that city, even though she no longer lives there. She has also lived for various stretches in Portland, Cleveland, Orlando, Tallahassee, Paris, Norfolk and Atlanta. So far, she has been sitting still in the D.C. area for three full years – a personal adult record – mostly because that is how long it takes to work very slowly on a Master’s degree.

For someone who spends a lot of time writing about cities, Emily tries to get as far away from them as possible when she’s not working. She loves to camp and hike and has, on the rare occasion, found an excuse to write about that, too.

What are three stories that you have written that you are most proud of?

Several years ago, I wrote a long feature (Slugging — The People’s Transit) for Miller-McCune magazine (now Pacific Standard) about people in the Washington region who “slug” to work  These commuters have created a really fascinating ad-hoc transit network using their private cars, and their system has its own rules and cultural mores. This story was also an introduction for me in thinking much more critically about car culture in America and the way we’ve designed infrastructure to facilitate it.

A lot of my other writing at Atlantic Cities has looked at how technology is now shaping cities, considering the intersection of the built environment and digital tools. This is a really broad story with a lot of implications, but a particularly interesting one to me is this piece (The Real Estate Deal That Could Change the Future of Everything) about the democratization of real estate.

And a third story: I’ve also wrestled in writing with my own angst about what it means to live in “suburbia” (The Pseudo-Suburbanist’s Dilemma). It’s wonderful to have such a smart readership at Atlantic Cities eager to discuss issues like that.

Career: On the career front, I’d like to get around to writing a book one day. I have no idea what it will be about.

Personal: I have a lot of national parks I’m still hoping to get to: Mount Rainier, Denali, Acadia, Zion.

The story you have written that generated the most reader feedback.

I wrote a personal essay back in 2011 (The Anxiety of the Forever Renter) about the prospect of remaining a renter for a life in an age when homeownership no longer makes as much sense as it used to. I’ve written other pieces that have gotten more feedback, but this one was interesting because it provoked such a wide variety of reaction. Many people thanked me for putting words to a dilemma they’ve struggled to articulate for a long time (which is the best compliment); a lot of other readers thought I sounded like an entitled brat who wanted the benefits of homeownership without the responsibility of it. I’ll let you decide.

Probably a 3rd of July Grant Park Symphony Orchestra concert during the Taste of Chicago, before I can remember. When I was a kid growing up in Chicago, the city celebrated the 4th of July by shooting fireworks out over Lake Michigan the night before.

Give our audience two tips for communicating with the media.

I get a lot of pitches from people who tell me “I saw you just wrote about X topic. I also have a story about that topic.” I appreciate that these people are clearly reading the site. But I wish more people understood that, if I just wrote about that topic (parking garages, or street lights, or skyscrapers), I am probably not going to write about it again for several months. I love to get ideas and tips from readers or practitioners. But the ones that are most useful to me are those that introduce me to an idea or a project that I’ve never heard of before — not one that’s closely related to issues I write about regularly.

Also, please don’t email me to suggest that I acquaint myself with this great writer named Jane Jacobs.

(Complete the sentence) Before I die I want to…….replace the ugly couch in my living room.

You lived in Portland for a summer, what were your favorite spots?

I spent a semester there in College interning at the Oregonian, during which I did not get out much. But, visiting more recently, I’m a fan of Powell’s (as if everyone), and Deschutes Brewery.

We’re holding the inaugural ELGL Conference in October. Give us three ideas for speaker or topics.

Write a headline for your career so far.

All of My Best Headlines Are Written By My Editors

I was a sportswriter for about five years, half of that covering college football, before I gravitated toward writing about public policy. 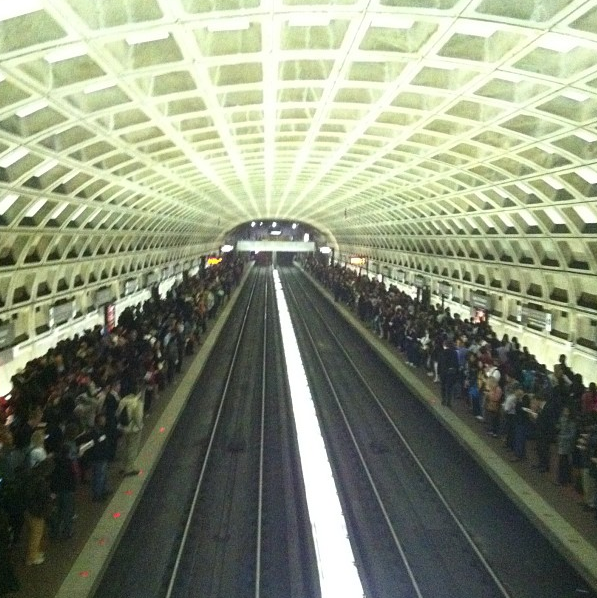 I don’t think I follow a lot of governments or government agencies, but I do keep tabs on social media of several individual people who work in local government who are sources of smart ideas. I also regularly pop over to the WMATA Twitter feed when I’m riding the Metro in Washington and there is some kind of delay. I’m always amazed that someone running that feed seems to respond (with a fair amount of patience) to every single angry rider griping out there at them.

Related Link: On the Record Profiles