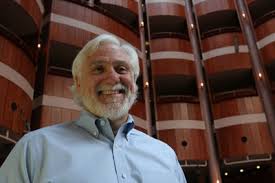 Here is someone ELGL can related to – Gary is an active social media user, huge Oregon Ducks fan, has worked in the public sector arena, and run for elected office. The one area where we don’t see eye-to-eye – a love for Subway sandwiches.

We put that minor disagreement aside and present to you a conversation with Gary Conkling.

First off, what is your employment status – full-time, part-time, or Monday morning quarterback. Will you ever fully retire?

I work full-time and try to avoid thinking about retirement, except when my wife says I should think about it. Much of what I do is like a hobby, so I never will retire, at least voluntarily, from reading and writing.

Name three leaders in the Portland area that ELGL needs to hear from.

I’m not sure I can name three individuals, but I can suggest three subjects to study:

In the last ten years, what Oregonian has had the most positive impact on Oregon?

Within the last 10 years, I would say Phil Knight. Perhaps best known for his contributions to the University of Oregon, he also has made significant contributions to OHSU and other causes. I think one of Oregon’s most unsung and unrecognized contributors was Howard Vollum and his family, especially his wife, Jean. Much of his generosity was done anonymously, so we are unaware of its lasting benefits. I also greatly admire the late John Gray for his impact on Oregon.

Looking back on your career, what three accomplishments are you most proud of? Biggest regret?

Excluding graduating from high school and college (never a sure thing), the accomplishments I am most proud of include providing the staff support for Oregon Congressman Les AuCoin in pushing legislation to normalize commercial relations with China in the late 1970s, co-founding the Business-Education Compact and co-founding CFM Strategic Communications. I don’t indulge in regrets. Like anyone, if given a chance I would do some things differently, but I am content to look forward and try to make wise decisions rather than look back and rue bad ones.

Some local governments employ social media well; some don’t. Interestingly to me, this is a communication channel that can work well for local government to engage in an active dialogue with citizens and interest groups. There is something very healthy about such exchanges, even when the commentary is negative. The immediacy of social media allows quick, authentic responses that build trust and respect, even when there isn’t agreement.

Which will happen first – a sales tax in Oregon or Oregon football national championship?

Oregon will win a national championship.

The overriding challenge of local government is to achieve an optimal scale to deliver services effectively and efficiently. Current local government boundaries reflect realities long since past. Regionalized service delivery make eminent sense as long as it doesn’t become deaf to localized, neighborhood-level concerns and sensibilities. Washington County ‘s economic success can be traced to its relative success in regionalizing service delivery.

Other key local challenges are winning public support for reliable and credible revenue sources and being more service-conscious.

Who are the innovate local government leaders in Oregon?

Governments – local, regional, state and federal – need to have business-like systems in place, but they aren’t businesses. They serve constituencies with wide-ranging interests, not shareholders with financial ones. Governments shouldn’t be anti-business and business experience by leaders can be helpful. But business experience by itself is not always the best tutor to being an effective elected official or public sector manager. My experience in Oregon is that many public sector managers could easily translate their skills to the private sector, but the reverse may not always be true.

I participate actively on Facebook, Twitter and LinkedIn, with a distinct voice for each. My favorite social media site, based on how often I visit, is ESPN. But I also routinely check out a wide range of news sites to get a complete picture, or as complete as possible, of major events. And, I admit to tuning to Stephen Colbert regularly, where I always learn something.

Portland is foodie town. What are your favorite spots for breakfast, lunch, and dinner?

Foodies may grind their teeth when they hear this – Biscuits for breakfast, Subway for lunch and either The Ringside or Mingo for dinner.

Who wins a national championship between Oregon and Alabama?

Give us three book recommendations.

Now that you have some free time, why not run for elected office?

I have run for elected office, in 1992. I wasn’t successful, but have no regrets about running. The most discouraging thing about mounting a campaign for public office is the draining, relentless exercise of raising money. It was exhausting two decades ago, so I can only imagine what it must be like in campaigns today. For this reason, I deeply respect men and women who choose to run, especially those who base candidacies on issues and campaigns on facts.