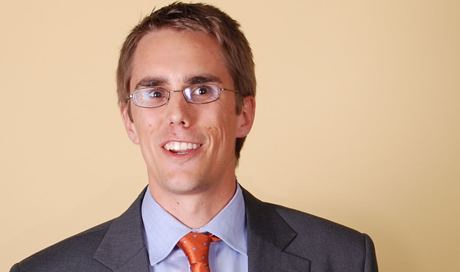 Founder and President of GovLoop

Steve Ressler is the Founder and President of GovLoop.com, the “Facebook for Government” that connects and fosters collaboration among more than 32,500 members of the government community. On GovLoop, members use social media such as blogs, videos, and forums to discuss best practices and share ideas on improving government.

Steve is also the co-founder of Young Government Leaders (YGL), a professional organization of over 2,000 government employees across the U.S.

He is a Master’s graduate from the University of Pennsylvania where he received the Department of Homeland Security Fellowship.

GovLoop is the “Knowledge Network for Government” – the premier social network connecting over 60,000 federal, state, and local government innovators.

Based on GovLoop traffic, what were the three most viewed stories of 2012?

Give us a story which you think should have received more attention.

I’m a huge fan of Frank Digiammarino’s guide “Happiness is a Balance – Framework to Manage Your Career”  – it’s a must read for anyone who has tried to figure out whether to take a promotion, how to balance work/life balance, & how to find true career happiness

Fast forward to December 2013, what will have been the top three stories/issues covered by GovLoop.

From your experiences, what are three career tips for succeeding in government?

Honestly it varies as much as a high school English class.  There’s the kid in front row getting A+ and the kid in back who is barely trying, falling asleep with an F.  I am encouraged that in 2012 & going into 2013 there is a big push to integrate social media to solve real problems (such as communicate during emergencies ) versus being the trendy thing to do

ELGL is an Oregon based nonprofit focused on local government with 280 members and 12 corporate sponsors, tell our members and readers how we can benefit from visiting GovLoop?

Goal of GovLoop is pretty simple – help you do your job better.  We are a knowledge network of 63,000 federal/state/local government employees and we provide free trainings, career advice, and best practices.  Sign up for free updates & we’ll send you a free e-book on Twitter tips for government agencies – http://bit.ly/TgRQzk

Which level of government is most effective at communicating on social media and websites?

I think local wins.  They have the closest relationships to the citizen & that makes great social media – whether it is City of Tampa sharing a great sunset on their city page to highlight pride or NYC communicating important info on Hurricane Sandy to its citizens.

Of course not.  Government is not a business – it’s got different goals (not just about maximizing profit) & different stakeholders.  However, there are a number of principles that government can leverage from business – being efficient in use of capital, rapidly innovating and pursuing newer and cheaper ways of doing businesses, and hiring and retaining top performers.

Play librarian – what are your favorite books from 2012?

Is “good enough for government” an accurate phrase?

In its origin, good enough for government mean the opposite – it mean the highest quality.  I think we should all strive for that goal and you see government can – from starting the GPS system, Internet, having some of the world’s best scientists and Nobel Prize Winners, to amazing coordination during emergencies.