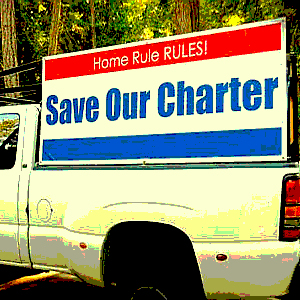 In Part I, Stephen wrote about the characteristics of California. Link: Part I: Making Civic Sense of California — Six or Otherwise. He follows up with a description of governance in California.

In their text, Public Administration-Understanding Management, Politics, and the Law in the Public Sector, David H. Rosenbloom, Robert S. Kravchuk and Richard M. Clerkin depict how democracy requires a sense of equality, rotation of officials in public office, the preservation of freedom, a pluralistic approach to governance, citizen participation, openness, facilitating a sense of community and governmental legitimacy based on election. On the other hand, the authors state that bureaucracy favors hierarchy, seniority, command (and control), unity, participation based on expertise, secrecy, impersonality, and legitimacy based on expertise.  So goes what my colleagues, David Y. Miller and Raymond W. Cox III, refer to as “the unresolved and necessary tension between the legal nature of our local governments and their political-cultural nature.”

Although their concept of tension is not specific to California, or even limited to municipalities, it does provide a foundational understanding as to the historic relationship of citizens and their government. When the general political-culture of the constituency is uncomfortable a more direct democratic involvement tends to occur.  After all, California is the self-proclaimed epicenter for the Initiative and Referendum process as evidenced by the landmark Proposition 13 that completely changed the financial structure, and the authority, of State and local government.  Proposition 13, a cadre of successive revenue restricting initiatives, and the implementation of term limits for State elected officials serve as some of the most visible examples of the general public’s interest in controlling government.  The California Republic does not totally function as a republic.

In 2012 I wrote a commentary in response to an essay pertaining to regional governance.  In that commentary I stated: “…a city’s notion of home rule is somewhat of a romantic ideal steeped in the Jeffersonian notion of small-town governance that is apart from the interference of higher levels of government.”  My comment is in direct conflict with the 1868 dicta of the State of Iowa’s Justice John Dillon, which opines that local governments “are mere tenants at will of their respective state legislatures.”  They (cities) could be eliminated by the legislature with a “stroke of the pen.”  His opinion certainly materialized in reality in California when the legislature eliminated local redevelopment agencies.
Yet the civic need for home rule continues. California law actually provides clarity of the home rule concept through its definition of Charter and General Law cities.  The League of California Cities outlines the difference:

“The charter city provision of the State Constitution, commonly referred to as the “Home Rule” provision, is based on the principle that a city, rather than the state, is in the best position to know what it needs and to satisfy those needs.”

Whether charter or general law, cities are about direct control over municipal affairs.  At the local level California emulates the notion of Home Rule through its 58 counties, 482 cities, (108 of them charter cities), 1,050 school districts and approximately 2,300 independent special districts.  Dividing California into six smaller units certainly appears to bolster the constituency’s need for greater control through the notion of Home Rule.
Next Up: The Six Californias Initiative