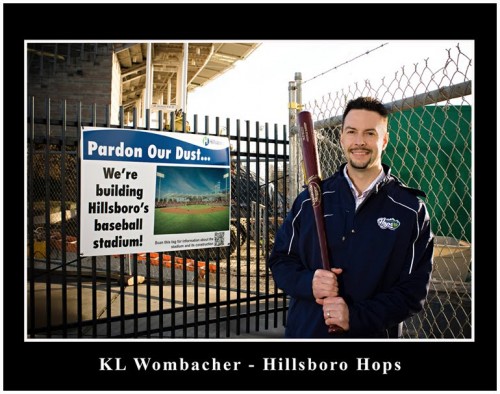 Join ELGL for a conversation with K.L. Wombacher, Executive Vice President & General Manager of the Hillsboro Hops on April 17 at noon. The forum will be held at Ronler Acres (Station 3) Fire Station. City of Hillsboro staff will be hand to provide the City’s perspective of the new team in town. Space is limited to 30 attendees, send your RSVP to Megan Messmer, ELGL project manager, [email protected]

The event location is next to the new baseball stadium and current football stadium which will provide a bird’s eye view of the construction.  A tour of the facility will be provided following the forum.  Coffee, water, and cookies will be provided.  Bring your lunch and plan on a great discussion as the boys of summer are heating up.

K.L. enters his ninth year as general manager, and his thirteenth season with the franchise. In the Fall of 2006, K.L. joined the ownership group. Beginning his career with the Yakima Bears as an intern during the 2001 season, K.L. joined the full-time staff after completing his degree in Fitness and Sports Management from Central Washington University. He was the Director of Stadium Operations and Assistant General Manager before his promotion to General Manager in September of 2004. In the Fall of 2008, K.L. was honored by his peers as League Executive of the Year for the Northwest League and has served as the NW League Vice President.