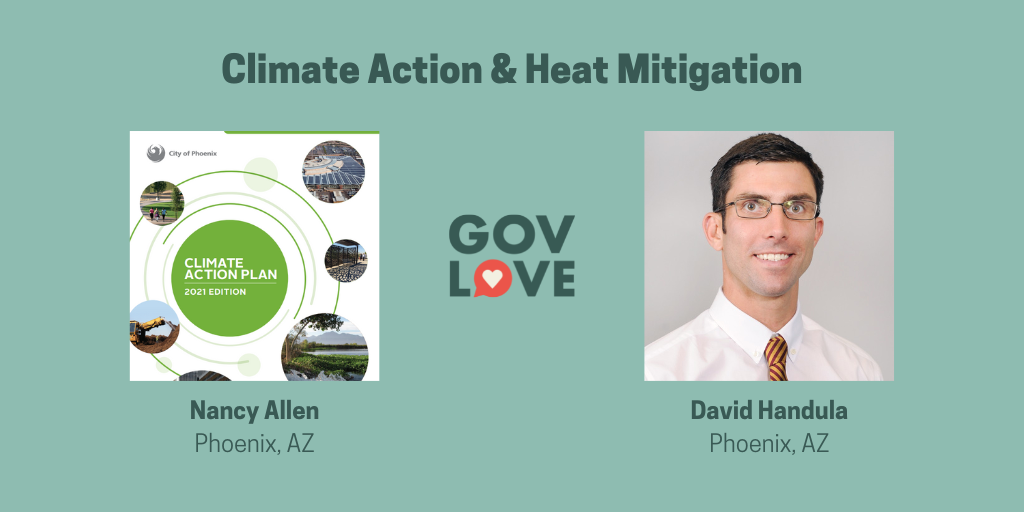 Becoming a sustainable desert city. Two guests from the City of Phoenix, Arizona joined the podcast to talk about the City’s climate action plan and addressing urban heat. Nancy Allen is the Environmental Programs Manager and David Hondula is the Director of Heat Response and Mitigation. They talked about developing the City’s first community-wide climate action plan and implementing actions to combat heat.

Phoenix names a heat officer, with a goal of easing the risk of rising temperatures