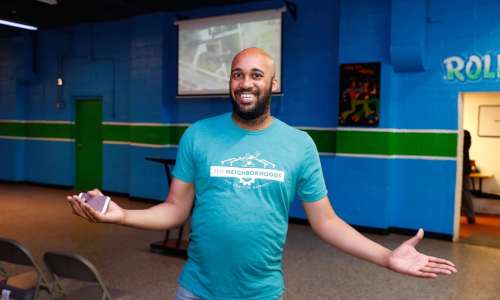 Aaron Foley is an author, journalist and now the Chief Storyteller for the City of Detroit, MI. He joined GovLove to talk about his position, which was created by the Mayor last year, and the unique work he’s doing as a city employee. Aaron discussed his career path in journalism, the decision to take a job in local government and the importance of telling Detroit’s stories.

An Hour With… Aaron Foley

Detroit City Hall hires writers to tell its own stories

Book: How to Live in Detroit without Being a Jackass

We Love Detroit, Even If You Don’t

How To Explain Living In A Bankrupt City