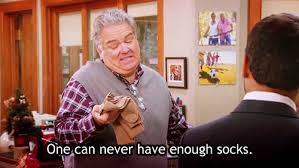 A very Parks & Rec episode for you. Jim O’Heir the actor that played the lovable Jerry Gergich (or is Garry?) came on GovLove to talk about the hit NBC show, his career in the entertainment industry and more. Jim sat down with co-hosts Alyssa Dinberg and Javon Davis in Kansas City, MO City Hall to give a behind the scenes look at ELGL & GovLove’s favorite show.

And the Meek Shall Inherit Pawnee