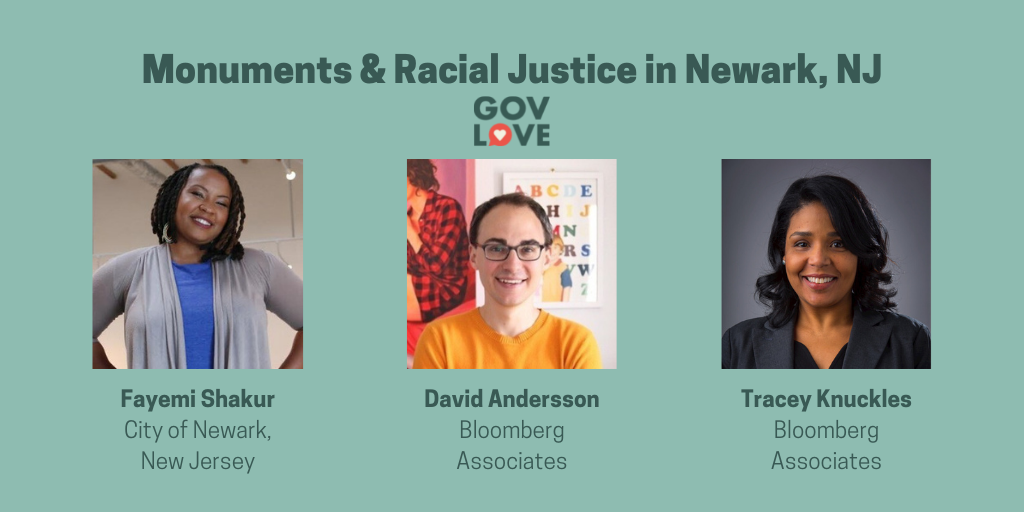 Public memory and public art. Three guests joined the podcast to talk about the process the City of Newark, New Jersey went through to replace a Christopher Columbus statue with a monument to Harriet Tubman. The City conducted a national open call for artists to replace the statue and artist Nina Cooke John was selected to begin working on the monument. Fayemi Shakur is the Arts and Cultural Director for the City of Newark and David Andersson and Tracey Knuckles are part of the Arts Team at Bloomberg Associates.

This episode was recorded live at the #ELGL21 Annual Conference.

Follow the Data Podcast: How Cities Are Supporting Arts & Culture During COVID-19