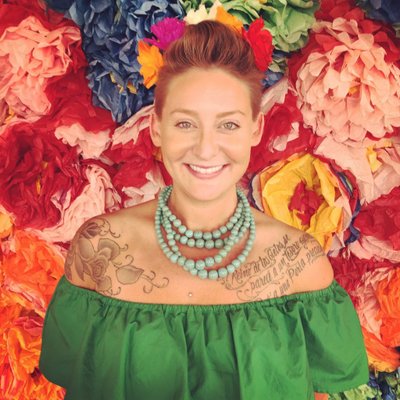 Number 1 goes to my elementary school, Chehalem Elementary School.
#FunFact I still get together every few years with my 5th grade class.
2. Western Oregon University
3. Aloha High School, and
4. Portland Community College
(True or False) I received a perfect attendance award.
False
In high school, what did you think you would do for a living?
I thought I would be an elementary school teacher.
What was your favorite childhood toy?
My American Girl Doll. I was Felicity, though I could totally get behind Molly. NEVER a Samantha.
(True or False) I attended a school where the mascot was a bulldog or wildcat.
False (Mustang, Raider, Warrior, Panther, Wolf, Viking)

What songs would be on your high school mix tape?

(Complete the sentence) My favorite lunch box was….
I had a bright blue Roxy lunchbox with flowers.
Who was your favorite teacher?
One of my many favorites was Mr. James Barlow, who passed away last October at age 86. He taught philosophy and psychology at Aloha High School and kept me engaged my last two years there. Typically, Barlow began class by saying “Let the indoctrination begin!” and to those who arrived late “If you can’t come early, come late!” If you ever participated in mock government or the Model United Nations in Oregon, Barlow likely played a part in your experience. He was often critical of standard methods of teaching. In fact, he and a former student co-wrote a book, Unfettered: A Philosophy of Education. It’s up next on my reading list.