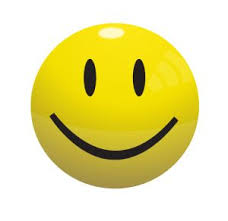 By Yuxing Zheng, The Oregonian

Light rail critics coalesced months ago around the successful effort to place an anti-rail initiative on the Sept. 18 special election. Now, supporters of the Portland-Milwaukie light rail extension hope to shift momentum their way with a new group called Positively Clackamas.

Organizers plan to help educate voters about what they see as the unintended, harmful consequences of Measure 3-401 by writing letters to the editor and holding fundraisers, meetings and other events, said Eleanore Hunter, one of the founders of the group and chairwoman of the Oak Grove Community Council.

But with just two months before the vote, it’s unclear how much impact Positively Clackamas will have on the election. The group — intended as a larger movement that is fighting the measure as its first issue — is just getting started and has no scheduled events, meetings or money as of yet. Its late entrance to the scene is a markedly muted response in comparison with previous efforts to battle conservative-led efforts in Clackamas County the past two years.