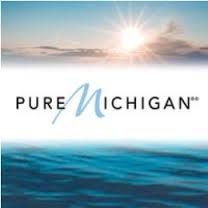 Git yo grills ready, (John McCarter) is cooking some brats… (or, writing this installment of Pure Midwest)

Welcome to the next installment of a brand new column from Midwest ELGL; Pure Midwest. Every week, I’ll take a look at music, sports, literature and culture of the Midwest. Some content may veer away from local government from time to time; try to bear with me.

I had an epiphany on the way to work this morning. I was simultaneously annoyed at how slow my commute was going and terrified to go any faster on the black ice that covered the road. Meanwhile, NPR was informing me that the Polar Vortex was wreaking havoc on the Midwest. As I sat in traffic again I was tired of hearing about it until one fact caught my attention; 21 people have died since this storm started.

The more I thought about the fatalities, many of which have happened on public roadways, the more I realized my role will completely change working in local government. No longer am I a single private citizen worried about getting to work on time and hoping I don’t lose power; as public servants we are tasked with ensuring the safety of the residents in our respective communities. The scope of my thinking is changing; growing from just me and my family to include the community as a whole. The idea is larger than a snowstorm and can be applied to any of the services we provide our residents, whether it is responsible budgeting, or effective police patrols; but they become especially poignant when the situation is urgent.

Providing for the public good is the reason I decided to get my MPA and become a City Manager. As an Emerging Local Government Leader, an MPA student, and an intern I find myself learning more and more each day about what exactly that entails.

A few months ago I met an old friend at The Wolverine Taproom in Ann Arbor for a drink. Little did I know it was bluegrass night. I love bluegrass.  Lindsay Lou and the Flatbellys were playing (as they do every Tuesday night). What began as a beer to catch up with a friend from high school turned into me sitting at bar by myself until midnight on a weekday listening to them play. Good beer and good music; I’m not complaining. Lindsay Lou and the Flatbellys play traditional bluegrass instruments (guitar, mandolin, banjo, stand-up bass, and slide guitar) but have a style all their own; one their fans affectionately refer to as Lou-grass. Their lyrics and melodies are charming and catchy and to make things even better band members Lindsay Lou (lead singer, guitar) and Josh Rilko (Mandolin) are married. They just came out with a new album, Release your Shrouds, which is worth buying.

More from the Ann Arbor scene: The Ragbirds, Laith Al-Saadi, the Moxie Strings, the Appleseed Collective

Richard Florida is well-known for his column with The Atlantic and for his book The Rise of the Creative Class.  In his book The Great Reset Florida looks at the fundamental shift, or “reset”, happening in our economy and our society in the wake of the Great Recession being brought on by new technologies, necessities and the geography of living, among other things. To provide the appropriate historical perspective, Florida compares these changes to two previous resets; the industrialization following the Long Depression in the late 1800’s and suburbanization following WWII and the Great Depression.

Comparing the coming reset to the resets of the past, Florida sees a more fundamental, all-encompassing change occurring.

“Today’s reset will affect our society at a deeper level than did the Resets of the past. We are living through an even more powerful and fundamental economic shift, from an industrial to an economy that is increasingly powered by knowledge, creativity, and ideas. The crisis itself reflects our inability in the United States and around most of the world to build a durable economic system that can capture these huge new sources of productivity and growth.”

Perhaps his most interesting point is about the “spatial fix” that has occurred curing each of these resets. Industrialization brought the masses in from rural areas to urban centers; the 5 dollar work day and suburbanization established the white-picket fence American Dream. The economy not only resets but people reset how they live by moving en-mass from one place to another. I won’t spoil Florida’s predictions for the Great Reset’s spatial fix (unless you ask me to!) but I will say he predicts that a spatial fix is on the way.

I am not a historian but Florida provided the necessary background for me to follow his arguments. He is critical of the “Rust Belt” but also optimistic about its future; detailing the failures in Detroit but championing reinvention in places like Pittsburg.

I’ll be honest with you; I was required to read this book for class. I did not pick it up in my spare time. I enjoyed it thoroughly. It was a thought-provoking and worthwhile read.

Related link: On the Public Record with Richard Florida, The Atlantic

In light of the freezing weather over the last week or so, I wanted to talk about the Frozen Tundra of Lambeau Field. I pride myself on being a Michigan resident but I am a diehard Green Bay Packers fan; needless to say I am still working on getting over last week’s loss and I may never forgive the 49ers.

that wasn’t frozen. In 1967 Vince Lombardi had heating coils installed under the field’s surface to keep it from freezing. If you are a good football historian you’ll know that that 1967 was the year of the Ice Bowl, one of the most famous games in Packer history. It was so cold they couldn’t use whistles. You may ask yourself, “Why on earth was the ground frozen during the ice bowl if they had a new heating system?” Good question.

There is some controversy. The straight answer is that the heating coils failed due to the cold temperatures. The heating system kept the field moist, thus when it failed that moisture froze, creating an ice sheet. The conspiracy theorists out there say that Lombardi actually turned off the heating coils on purpose to gain an advantage over Dallas.