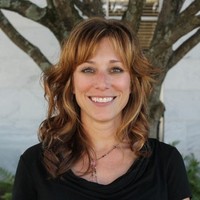 Out of the almost 2,000 Athens-Clarke County Unified Government employees, Laurie Loftin is the first person to come to mind when thinking of influencers in our government and community. Her creativity is unlike any other, she is champion for local government services and the employees that deliver them, and her commitment to raising the awareness of water is unparalleled.

I reached out to a few of her colleagues and together we think she deserves a place on the 2021 Traeger list because:

1. Creative – Creative unlike any other. Laurie has a way of coming up with the most creative activities off the top of her head. She spearheaded Athens participation in the 2021 ELGL Knope Award for best water facility in the nation. She hosted a meet and greet for community members to meet Li’l Sheepastian at the water reclamation facility. In Laurie’s own words, “Li’l Sheepastian is a goodwill ambassador for Athens water reclamation operators. This little lamb is a future champion chewer, helping to remove pesky weeds and clover that grow beneath the solar panels at Cedar Creek WRF.”

She is continually pushing the creative limits. Who else, but Laurie would think to paint rocks with poop emojis and hide them around town for people learn about World Toilet Day. These are just two of the hundreds of examples of her creativity.

2. Champion – She is the number 1 Champion and Cheerleader for local government services and the employees that deliver them. We jokingly call her the Leslie Knope of Athens. Whenever she speaks, she is always sharing about the people doing the work behind the scenes who no one ever sees. She is able to boil down the “what” of the Public Utilities Department and connect with all residents on the value they receive from their local government. She is a great “communicator” and represents #TeamACCGov well.

She doesn’t stop at the Athens-Clarke County line though, she is extremely involved in the Georgia Association of Water Professionals chairing and participating in several committees. She also participates in national organizations and recently presented THREE times in one day at the national WaterSmart Innovations Conference. The EPA WaterSense team specifically asked her to fill in for them to present at the conference when they could no longer attend. She is the ultimate water champion.

3. Committed – Laurie does not have an “off” button! She is walking, talking, living and breathing water conservation and education 24 hours a day and seven days a week. Whether it is planning an event or coming up with the next public awareness campaign, Laurie literally does not stop thinking about ways to make the “thing” fun, unique, and attention-grabbing. She also (seemingly) never stops working or stops thinking about work. I have not met anyone more committed to their job. She is determined to change the perception of the “silent” water industry. She is also deeply committed to advocating for Public Utilities employees and others in the water industry.

Please include Laurie Loftin on your list of Top 100 Government Influencers!