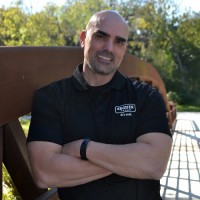 Since his hiring in 2018 as the City of Seguin’s first Director of IT, Shane has led a technology evolution for one of the oldest cities in Texas. Over the following three years several miles of high strand count single mode fiber has been added to the city owned fiber ring allowing for twelve city facilities to be connected via fiber alongside a three-year capital project to refresh and rebuild the entire flat network adding dynamic routing for full redundancy across the city’s data centers. All but one of the nearly thirty city owned facilities are now connected via fiber, with plans underway to connect the last remaining facility. High availability internet access was incorporated as part of the effort for SAAS (software as a service) platforms through competing vendor circuits. Along with enhanced perimeter security and virtual private network access, the new infrastructure paid off handsomely for virtual enablement through the Covid-19 pandemic and Texas winter storm of 2021.

In FY18-19 a new document management platform was implemented along with an upgraded video management system (VMS), the number of security cameras in the city having nearly tripled since 2018. A two-year capital effort was completed in 2021 to overhaul the dated systems architecture to a hyperconverged platform allowing plenty of storage and processing growth for the fast-growing Texas city. A new public safety CAD was brought online in 2019, with Seguin being the first city in the state to connect to a regional hub for real time data sharing with neighboring agencies earning the department its first state recognition. Bodycams were deployed in 2019 followed by a full renovation of Dispatch 911 in 2020. A two year two-million-dollar effort to upgrade the end of life radio infrastructure to a P25 system interconnected with neighboring agencies impacting the lives of 160k citizens across the region was completed in 2020.

Seguin IT initiated the “Seguin Cyber Champion” program to advocate for cybersecurity awareness within the organization and beyond. Proclamations are given every October to help raise awareness beyond the city’s internal staff. Multiple cybersecurity layers have been added to the city’s enterprise through advancements. These advancements aided the city in meeting new federal American Water Infrastructure Act mandates for the two water systems his department supports. Three new and/or renovation facilities projects were brought online with three more currently in progress, one of which being the largest and most expensive initiative in the history of the city to upgrade the city’s wastewater needs through the year 2075.

Leveraging technology to aid in managing the strong commercial and residential growth a wholesale upgrade to the city’s planning and development software took place in 2021. Trail cams were built in house and deployed in the city’s parks system leveraging IoT (Internet of Things) technology in conjunction with a major cellular provider. The wireless infrastructure was upgraded. On the docket for FY21-22 is an upgrade to the telecom infrastructure, the last major piece of technology infrastructure yet to be overhauled, along with publicly accessible Wi-Fi in public gathering places.

In addition to his work as a technology executive for the city, Shane serves on the Board of Directors and as chair of the conference committee for the state’s local government technology organization TAGITM. He also serves as co-chair of the cybersecurity committee for the Texas Public Power Association (TPPA), advocating in the education and transformation of respective technology environments for member agencies. Shane was awarded the 2021 TAGITM President’s Award for his exemplary and lasting contribution to Texas local government and a 2020 Government Technology Magazine “Best of Texas” award.

In 2021 Shane served as a featured contributor for GovLoop, publishing a series of twelve articles for the government employee based online network. He gives back to the government technology community by speaking on technology panels and leading educational sessions on behalf of cybersecurity, technology, and innovation for multiple organizations. He has been featured in podcasts and magazines and his department has been recognized on the state and national level eight times since 2018. His department most recently won StateScoop Magazine’s 2020 IT Innovation of the Year and the 2021 GMIS International Government to Citizen (G2C) award for their efforts. In his spare time Shane also runs countryexec.com, his personal website dedicated to leadership and development derived via the constructs of his rural upbringing and professional experience.