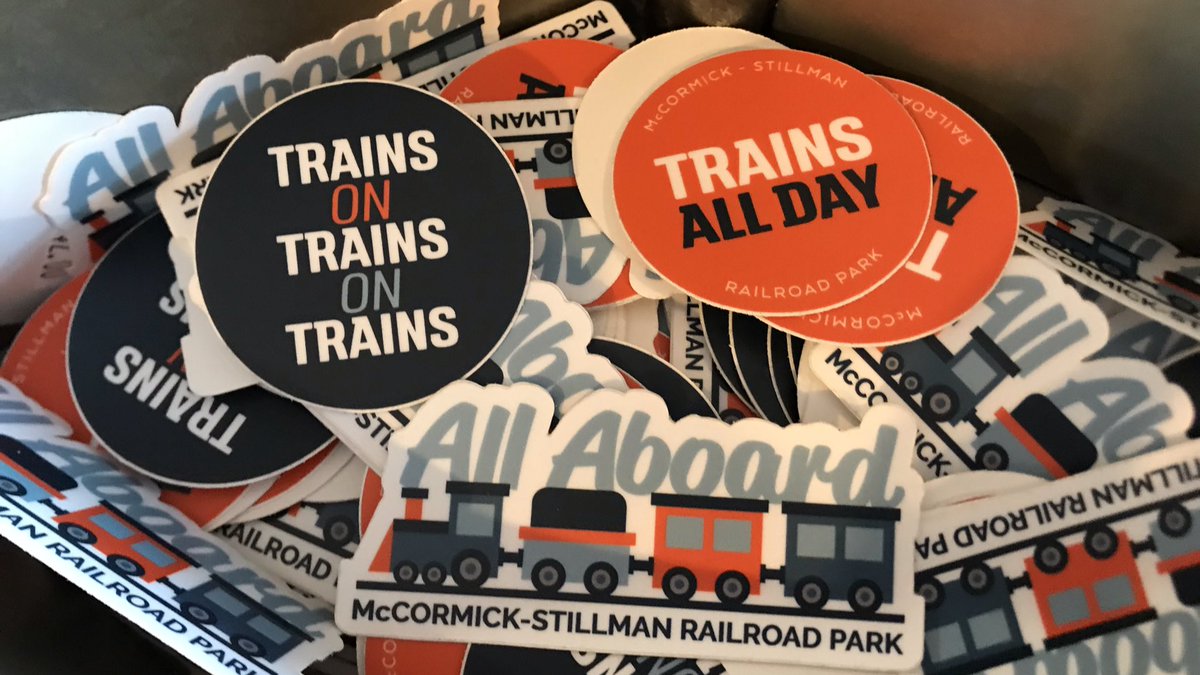 What I’m Listening To: All They Wanna Be, Madison Mars feat. Caslin

What I’m Reading: Joyful: The Surprising Power of Ordinary Things…

Earlier this month, Scottsdale, Arizona’s McCormick-Stillman Railroad Park was recognized with the ELGL Knope Award for Best Park or Open Space. We thought if we channeled our inner Leslie Knope and put forward our best effort, we had a good chance of winning. Here’s our story.

Back in early February, I reached out to our Parks and Recreation team and let them know that ELGL was sponsoring a best park competition. I shared that we had talked about nominating McCormick-Stillman Railroad Park, and had mentioned to Paradise Valley (the neighboring community) and they were happy to support our efforts. We knew that here might also be other very deserving Scottsdale parks and open spaces that we want to nominate, including Scottsdale’s McDowell Sonoran Preserve, the world’s largest municipally owned park or preserve, or the Indian Bend Wash, an 11-mile greenbelt encompassing five parks and miles of shared use paths. They said “Yes! Submit all three!” So we did.

If you’ve never visited The Railroad Park, take a moment to watch this aerial park overview.

We thought The Railroad Park had something for everyone and could make a deep run, if not win it all. This is from our ELGL Knope nomination: “Little trains equal big fun at the McCormick-Stillman Railroad Park, the most unique park in the country. The Railroad Park is a one-of-a-kind combination of an amusement park, museum, open public space and a tourist destination that draws 1 million visitors a year from all over the world. The park’s centerpiece is the one-mile Paradise & Pacific Railroad, which includes fully functional scale trains and riding cars. Visitors can take a spin on the vintage carousel, play on multiple playgrounds, visit a museum, marvel at the smallest trains in the park’s Model Railroad Building or relax under a tree throughout the park’s open space.”

The park keeps families and visitors ‘on track’ with some of the Valley’s most popular special events. The Railroad Park has been recognized as one of the best locations in the Valley for live music with the park’s summer concert series featuring some of the best local artists in the Southwest. Holiday Lights is a five-week extravaganza, where visitors experience a trip through a winter wonderland of lights, exhibits and holiday displays.

The park was a gift from a local family (the McCormick part of the name) in the late 1960s, given with the stipulation that it be used as a park for all to enjoy. To help the park get started, a non-profit organization, the Scottsdale Railroad & Mechanical Society was formed to establish a Railroad Park on the land. The family (the Stillman part of the name) donated his personal Paradise & Pacific steam railroad to the park. The park opened on October 4, 1975.

Since the competition ended, I’ve told people that I’ve gone into withdrawal without visiting the park every day. I especially miss all the park employees that I met as I visited the park daily the week of the finals. To me they exemplify the many dedicated #LocalGov employees that are ELGL members and do great work serving people day in and day out.

People love working at the park. Our Library Director used to be the park operations supervisor, before the current operations supervisor, Nick Molinari. Nick loves Scottsdale and loves The Railroad Park. He and his team keep making the park better and better. I love how in Scottsdale, Libraries and Parks support each other rather than in Pawnee, Indiana. All Aboard!

On my first visit to The Railroad Park to take selfies as part of the Elite 8 competition, I got to meet Valerie Budnick. Upon meeting her, she announced that she thinks of herself as Scottsdale’s Leslie Knope and I completely agree (she’s one of ELGL’s newest members, joining so she could access the member-only content on the voting percentages, but I think she’s hooked on ELGL now)! We were neck in neck throughout the last two weeks matching each other with Instagram posts, but I think I edged her out slightly on the last day.

During finals week, I caught her on video, sharing why she has the best job ever. I love this!

Carrie Moyle didn’t tell her story on video, but did demonstrate for Instagram how the beverage machines worked in Hartley’s General Store.  She and Valerie took pictures of Funko Leslie Knope visiting all the park attractions. We wouldn’t have won with Nick, Valerie, Carrie, Darryl Grimes and Corey Parr, and all the park staff. Together they posted thousands of park photos on Instagram. I knew we could win when I walked into the back room in the ticket office and saw the posting team in action. They would canvas the park to take pictures, and then furiously post in the back room. It was truly a team effort.

I hope that someday a Railroad Park employee  becomes city manager, and when they are asked what influenced them, their answer is simple and clear, “ELGL Knope 2019.”

We won,  but there are many other deserving parks in our city, in our region, and across the country.  It was just our moment. I really appreciated getting to follow the efforts of lots of other #biglocalgovballers. Most of all, Macon-Bibb’s Chris Floore. I listened to his GovLove podcast to better understand the competition. I was immediately impressed, He is a great communicator and got huge community engagement for Amerson River Park.

I admit I had a nightmare the night before the final announcement that we lost, but I learned about our victory via a 4:39 a.m. congratulatory tweet from Chris.

I must admit, I did feel pretty good after drawing this fortune out of the Choo Choo Charlie booth early on Saturday morning.

I also reached out to Laura Savage from Pueblo West to ask for her support and advice on winning the Knope Award. She was gracious to give me a call and share her insider thoughts on how to win.

?All y’all who voted for @pueblolibrary last year as the Best Public Library, please vote for the @scottsdaleazgov ?#McCormickStillmanRailroadPark as the #ELGLKnope Best Local Park and Open Space!?

Keep it in #theWest! https://t.co/eBl8LrFJPT

There were a lot of touching moments during the competition. Here are a few:

One of our fire department employees shared on Twitter a family selfie at the park noting that it had been his son’s favorite park (his young son passed away in the prior year).

My late son’s favorite park was McCormick-Stillman Railroad Park. This park has special memories for me. #ELGLKnope @ELGL50 #bestparkever pic.twitter.com/BlIq57T1qD

Our district congressman tweeted that this was one of his favorite places to take his little girl  – and included some very cute photos.

One of my favorite places to take my little girl, is Scottsdale’s McCormick-Stillman Railroad Park. This Arizona gem needs your vote to earn the title as the best park in America! Vote here: https://t.co/rpWzisdtZP #ELGLKnope #ELGL50 pic.twitter.com/yVfpOPAEz7

Our newest police dog got his badge, and went on a celebratory ride around the park.

What does a good boy do after getting their badge? Go to the @Elgl50 #ELGLKnope finalist McCormick-Stillman #TheRailRoadPark of course! Chase, our PCIS K9 received his badge from Chief Rodbell today and celebrated with a train ride! Have you voted yet? https://t.co/6Rl4RyCv1h pic.twitter.com/Dsl3FYOdkL

The tickets have been found! They were at @ELGL50 #ELGLKnope #Elite8 McCormick-Stillman Park. Thanks for playing! @SFGiants @scottsdaleazgov pic.twitter.com/2rDsklqwG7

We got strong support from Town of Paradise Valley. The park was originally for both communities, but ended up only in Scottsdale (the Paradise Valley part is being developed as a Ritz-Carlton). ELGL member Tim Gomez helped support our effort with selfies and retweets.

Let's push for the @ELGL50 #ELGLKnope award. The McCormick-Stillman Railroad is one of a kind! https://t.co/cxnsA2MU7i

We are with you @brent4cities! The McCormick-Stillman Railroad Park is in the #ELGLKnope #Elite8. Let’s bring the @ELGL50 award to the Valley of the Sun.@scottsdaleazgov‘s @cassiejoaz and Megan Lynn and @ParadiseVallAZ‘s Me representing for the Best Park in Local Government! pic.twitter.com/YfpIyQjFo6

Scottsdale’s Hometown #LocalGov Hero Pam Davis got her network to back the park by promising an embarrassing 8-year-old photo, and her mom pitched in by taking a selfie at the park.

That feeling when your dearest mother visits your childhood favorite park to supply you with pics to help @scottsdaleazgov win the @ELGL50 #elglknope award. ???

CBS affiliate  came out to the park to take photos and videos. This turned into a couple of spots, including this video about the park.

The NBC affiliate did a 3 minute spot after we won.

This Scottsdale park ranks the best in the country https://t.co/83kFa6LST1 pic.twitter.com/ofUc9KSVeP

The Arizona Republic newspaper also did a couple of stories.

Never been to the #ELGLKnope Award winning ⁦@scottsdaleazgov⁩ McCormick-Stillman Railroad Park? This ⁦@azcentral⁩ article does a great job of overviewing park history and amenities! ⁦@ELGL50⁩ https://t.co/Uu9DaupOSs

And last but not least, the Railroad Park and ELGL landed in USA Today.

After a long bracketed battle of the 32 best local parks in America, McCormick-Stillman Railroad Park has come out on top. The Scottsdale site earned the 2019 #ELGLKnope Award for best local parks and open spaces.https://t.co/f6wxF2xcO6 pic.twitter.com/Y8NRWqCKVw

Listen to the GovLove Podcast about The Railroad Park.

Learn more about the trains from the Heavy Metal video series.

A great overview video about the park and its key attractions.

Brent Stockwell serves as an assistant city manager for the city of Scottsdale, Arizona. He has worked for the city since 2002 in a variety of roles, and has also served in Mesa, Arizona and Federal Way, Washington. He is a servant leader supporting the citizen service, diversity & inclusion, communications, government relations, human resources, information technology, aviation,  planning & development services, economic development, and tourism & events departments of the city. He earned degrees from Kansas State University and the University of Washington. He is happily married to his awesome wife, Raelyn, and they are parents of one son, two daughters and a goldendoodle puppy. Follow on Twitter or connect on LinkedIn.