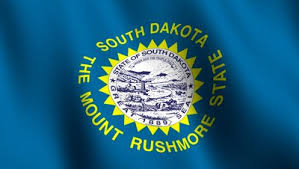 Our Take on South Dakota

We’re back! Last time we were in South Dakota, Sean Pederson, Canton city manager educated us that South Dakota is more than Mount Rushmore. We have enlisted Robert Wilson, Minnehaha County assistant commission administrative officer to walk us through the county government landscape in the the Mount Rushmore State. ELGL connected with Robert after he read the Willamette University alumni magazine article on the Leslie Knopes of ELGL. Robert is another outstanding example of a Willamette graduate making a difference in local government.

Now for a quick download on South Dakota. Unlike many states that are filled with sprawl and crowded streets, South Dakota is a state where there is room to roam. The state is only one of seven states that does not have an income tax. It ranks 16th in size among the 50 states. The population of South Dakota is 844,354 which is less than many metropolitan areas including the Portland metro area (2.2 million) and Chicago, IL (2.7 million). Pierre is the state capital and Sioux Falls, with a population of about 159,000, is South Dakota’s largest city. While lacking in numbers, South Dakota has contributed a number of greats to society. It’s a diverse list but here are ELGL’s top 5 favorite South Dakotans: Tom Brokaw, Crazy Horse, Laura Ingalls Wilder, Bob Barker, and Hubert Humphrey.

Tourism is the second largest industry in South Dakota. In 2006, travelers spent nearly $865 million across the state. It has the highest point in the United States east of the Rocky Mountains (Harney Peak in the Black Hills; elevation 7,242 feet) and more miles of shoreline than the state of Florida.

The state also has a strong agricultural base. It is the largest industry in the state. South Dakota routinely ranks among the top 10 states for the production of hay, sunflowers, rye, honey, soybeans, corn, wheat and cattle. The service sector, retail trade and manufacturing industries account for the majority of the state’s employment.

Now that we’ve confirmed that South Dakota’s state motto “Great State, Great Faces” is accurate. We dive into the offbeat side of the state with the most offbeat laws from the state’s local governments.

Minnehaha County, created in 1862,  is the largest county in the state in terms of population (169,468). The county received its name from the Sioux Indian word “Mnihaha”, which is often incorrectly translated as “laughing water,” but in reality it translates into “rapid water,” or “waterfall.”

The County also maintains two rural parks. In conjunction with the City of Sioux Falls, the County maintains the Siouxland Library system, the Siouxland Heritage Museum system and dispatches police, fire and medical personnel through the Metro Communications 911 Center.

I don’t remember a single best piece of advice, but my parents always set a great example.  They always demonstrated a strong work ethic, the importance of treating others well and the ability to be serious and focused on a task at hand while not taking themselves too seriously.  I like to think those traits have served me well.

In a dream world, which bands would headline your retirement party? I’m not a huge music fan, but Bruce Springsteen and the boys would put on a good show.

(Complete the sentence) Before I die I want to:

Learn to fly, travel (both internationally and driving around the US discovering cool little spots that are off the beaten path), have a motorcycle, own a business, maybe write a book.

If you could FaceTime with three people (dead or alive and not including family members), who would be on the list?

At the moment it’s somewhat clean and uncluttered.  No fast food wrappers or bags laying around, but there’s probably an empty Starbucks cup in the cup holder.  There’s a baby seat in the back (for our 18 month-old, Annalise) and a shovel and a couple blankets in the trunk because we are in South Dakota.

What’s the meaning of life? Have fun, work hard and surround yourself with good people.

Q & A with Robert

We’ll assume you didn’t grow up dreaming about a career in local government. What was your dream job as a 12-year old?

I was convinced I would either play in the NFL, be a television news anchor, or a lawyer.

My current job is my first local government job.  I was a television reporter for 10 years after graduating from Willamette.  It was a weird set of circumstances that lead me to this job.  I beginning to think about making a career change just as I was laid off by the television station.  The same day I was laid off, my county posted the hiring announcement for the Assistant’s position that had recently been created to support the Commission’s Administrative Officer.  I had covered local government extensively and had a good working relationship with the Administrative Officer and several Commissioners.  After several rounds of interviews I was fortunate to be selected for the position.

My biggest mistake came early in my time with the county.  I came from a reporter’s background where tasks were often identified, assigned and completed in a matter of days, if not hours.  While my boss was on vacation I received a request for one of our Commissioners to make a presentation to a local group several weeks later.  It was a topic I wasn’t familiar with and my boss was scheduled back the following week.  Rather than get on the project right away, I waited for my boss to get back.  The following week was tightly scheduled and didn’t provide as much time to prepare the presentation as my boss or the Commissioner would have liked.  The lesson: always give colleagues and elected officials as much time to prepare as possible.  There is nothing elected officials hate more than surprises.

Yes.  I was helping a friend move across country last month and as we were driving the moving truck, he looked over at me and said, “what exactly do you do?”  My mother-in-law routinely asks me something about why the city’s doing this or when will the city get to that project.  I occasionally still have to remind her that I work for county government.

This is a huge opportunity for local governments.  We need to tell our own stories.  As a former reporter I can say that depending on local media to share the messages we want to communicate won’t work.  Most of what we do is too detail-oriented for local news outlets to consider a good story.  That means we need to be more proactive.  If a county or municipality has the resources to equip a community cable TV channel, that can be a wise investment.  However, such an undertaking can be extremely expensive.  A cheaper and less complicated alternative is to put out press releases and pitch stories to local media.  Not every story will get picked up, but some will.  Local governments have good stories to tell, and we shouldn’t be passive and wait for the media to come to us when something goes wrong.

I would encourage family and friends to consider a career in local government.  The challenges for the field due to retirement of the Baby Boomer generation have been well documented, and rightly so.  Local governments will need a lot of good people in the near future.  These are good career fields that provide opportunities for advancement.  It’s also very interesting and often challenging work.  And the feeling of providing a public service is very rewarding.

Because my experience with local government beyond my own organization is limited, I can’t come up with three.  My current boss, Ken McFarland, Commission Administrative Officer for Minnehaha County, has been a tremendous mentor.  I don’t believe he finished his undergraduate degree, but I’ve learned at least as much just from watching and working with him as I did through the course work for my MPA.  He’s worked in county government for about 35 years, 25 in his current position.  Very few things come through our office that he hasn’t seen before.  Being able to learn from someone with that level of experience has been a huge part of my professional development.

I also had some very good professors at the University of Nebraska-Omaha MPA program, including Dr. Robert Blair.  Dr. Blair connected me with ICMA, the International City, County Managers Association.  This is an organization I belong to, and one I’ve found to be a great resource for networking and learning from others in the field of local government management.

(Complete the sentence) In 2018, local government will be:

One of the pressures I believe local governments will continue to feel is the demand from constituents to continue to find efficiencies whenever and wherever possible.  That will include using technology to reduce personnel costs, combining services or working cooperatively with other local governments as well as contracting for services when possible.

I think constituents will also continue to demand additional ways to interact electronically with local government.  People are used to doing so many things online, increasingly they will demand all the same conveniences in their dealings with government.

As we accommodate increasing demands for efficiencies and use of technology, I think citizens will also continue to expect the ability to deal directly, in person with local government employees and elected leaders.  Simply put, citizens will want to have their cake and eat it too.  In some instances that will be a tall order to accommodate.  But as long as elected leaders – the policy makers – have constituents to answer to, that will be the standard we have to meet.  That means having the proper number of knowledgeable employees so people don’t get the run around when they call with a question or need to do business with city hall or the county courthouse.