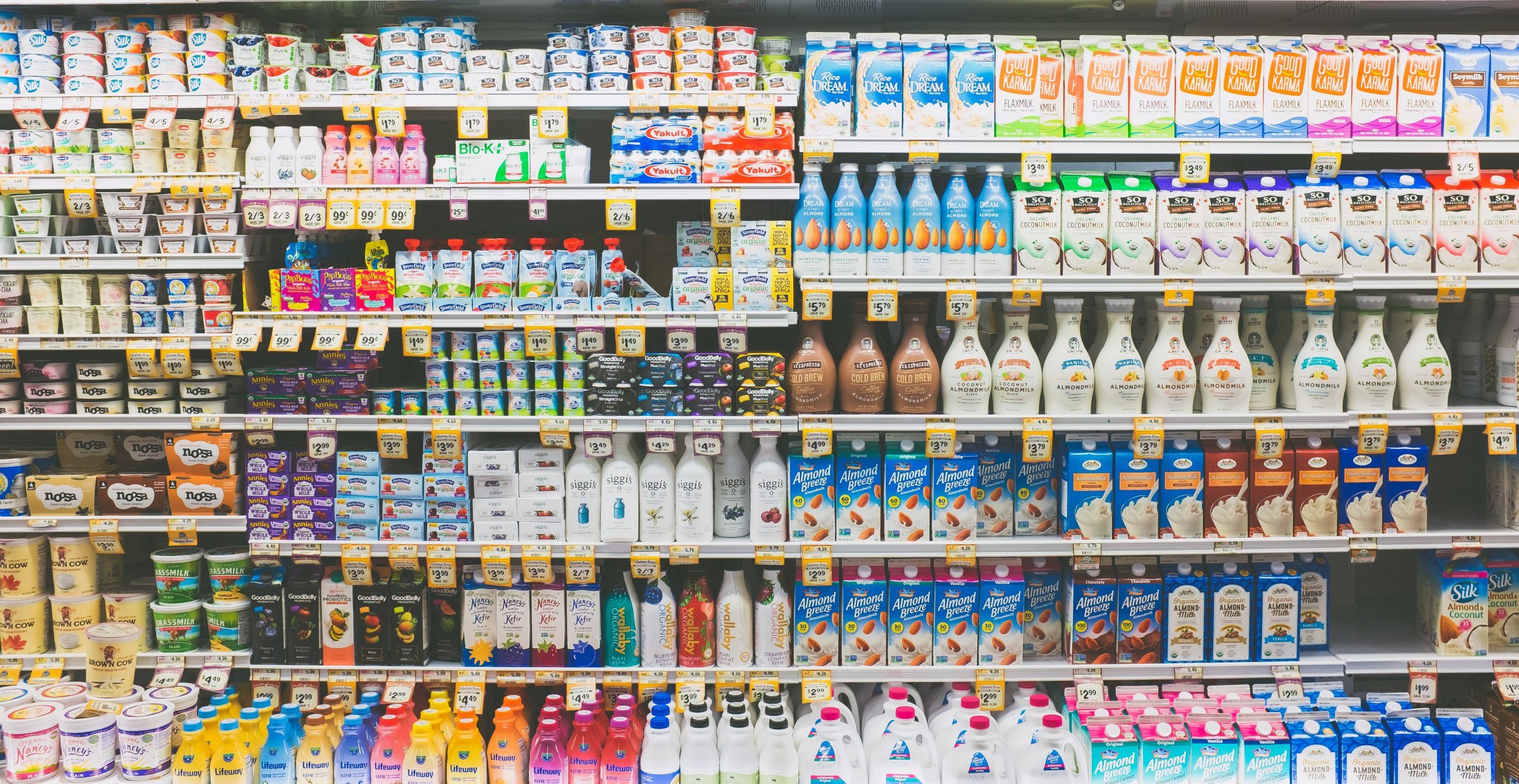 Photo by NeONBRAND on Unsplash

Today’s Morning Buzz is brought to you by Dr. Sarah Martin, Vice President of Health Solutions at mySidewalk. Find her on Twitter @DrSarahMarie and on Medium.  She is also now on Substack where she writes about crying in public.

What I’m Watching: I cut the cord on live-TV Hulu after they raised the price, so honestly I’m sort of watching nothing. I do not say this to sound especially holy, I’m truly just overwhelmed by the choices and so I choose nothing. I have every other streaming app, so there is no excuse other than decision fatigue.

What I’m Reading: I finally took on The Midnight Library and whoooooo boy. BRUH (as my kids would say). What a trigger for an existential crisis!

What I’m Listening to: The Endel App. Don’t laugh at me! It’s amazing!

I have a sordid confession.

I did not realize I was on the hook for a Morning Buzz until 5:43 PM Central Time the day before it’s due. You see, I’m at a weird spot on the rotation where sometimes I end up writing twice in one quarter. This was one of those quarters. I was going along on my merry way today, sitting on my porch watching my dog sniff plants in the yard, happily crunching some ice cubes in my mouth to cope with a 100-degree day. A bee buzzed by my ear and it was that buzzzzz that stopped me cold (or, hot) in my tracks. Buzzing bee…Morning Buzz. Woof.

So I rush inside and check the spreadsheet and sure enough, there I am on the list for tomorrow. Could I have Slacked the team and said “hey y’all, I’m out for tomorrow… anyone have something to take my place?” Yes, and everyone would have been understanding and supportive. And let’s be really real, it’s not like there are 100’s of fans out there waiting with bated breath for my essays. It would not have been that big of a deal.

But I’m the ultimate teacher’s pet, so I refuse to miss my deadline.

It’s a good thing that I was already late on another (self-imposed) deadline, because I had some ideas brewing. A couple of months ago I started a newsletter as a personal project, committing to a new piece of writing every Monday morning. (If you are interested in reading more of my stuff, you should totally subscribe for free before I start charging people one day: drsarahmarie.substack.com) This is the first week since I started the project that I am very late on my own deadline, not out of lack of stuff to say, but because of too much stuff to say. So this essay is a 2-for-1 and will satisfy me on a couple of fronts.

I opened my work tote for the first time since March 2020. It was like a time capsule–a preserved artifact of a more innocent time. The first thing I pulled out was a set of tasting notes from an Oregon winery. I wondered when I had last been to Oregon… 2011? Did I forget an entire trip?!?! I didn’t even own this tote back then! Was I actually opening a portal to another dimension?

Turns out I had forgotten that my last trip to San Francisco in early March 2020 included an impromptu ticket to an Oregon wine festival with a client because people were starting to get COVID-nervous and they had a bunch of free passes.

I pulled out so many hair ties, lipsticks, and train tickets. I found two Starburst, and I tried one to see how a 15-month-old Starburst tasted. Answer? Not great.

I was directing my nervous energy about my first out-of-town, on-a-plane work trip in a very long time into organizing, cleaning, and re-organizing my things. I was refusing to acknowledge that I was anxious about traveling, and so I was repressing. It was coming out in irritating ways for the people around me. Who had I become? I used to consider myself a Southwest Airlines version of a Jetsetter. I was A-list… preferred! My packing used to be down to a science, and this time around I didn’t even know where my suitcase was. I used to buy cute, artisan travel size things to have something to look forward to when I traveled. But I used all of them during the pandemic, and I had nothing. I felt unprepared and unrefined. I felt like the Country Mouse going to see the City Mouse. The day before I left, within 5 minutes of interacting with my boyfriend in the morning, I was crying while washing dishes. Crying while washing dishes is dangerous, as the urge to furiously scrub can lead to broken things.

I pulled myself together, said my apologies to the collateral human damage of my weird bout of anxiety, and breezed through TSA Pre-Check in about 20 seconds. I grabbed a can of wine at a kiosk and settled in. I felt a rush run through my body…a feeling that I couldn’t quite place. It was like traveling through time to a place you knew once, but still feels foreign. Everything looked new, even though it was the same exact janky airport I’ve known for the 8 years I’ve lived in this city.

The airport hadn’t changed. I had changed.

The terminal felt like one huge crushing wave of sound, but I could pick out the individual snippets of conversations. I wasn’t lost in my own work, oblivious to the people around me. I was a part of this crowd and hyper-aware of how damn noisy everything felt. It’s like I had developed a superpower that allowed me to isolate a single conversation anywhere in the space around me. I’ve been challenged over the last 15 months to be a more active listener… and here I was, flexing that emerging skill like an off-brand Avenger.

I was going into this very ordinary trip as an unordinary version of myself.

Normally turbulence makes my heart flutter a bit. Not this flight. Something about facing your deepest fears of losing your loved ones, your job, and your sanity during a pandemic–it makes a few bumps nbd.

I got to my hotel and my room wasn’t ready. It wasn’t ready until 10:30 pm. I did not react like my best self, and I took it out on the front desk clerk. But, whereas the old me would have been too embarrassed at my behavior to apologize–opting instead to slink around this hotel hoping I would not see the front desk clerk at any point in the next two days–this version of me apologized to her, told her it wasn’t her fault, and that my attitude was really inappropriate.

This new me did some major networking and friend-making without wasting a ton of time on icebreaker small talk. It was a trend I noticed among my fellow conference attendees. People were so hungry for human connection, they were dismissing the standard on-ramp into deep conversations and just jumping straight in.

The old me would have refused cocktail hour food because it’s hard to eat and network at the same time. The new me ate at every single “heavy appetizer” buffet and never turned down a passed hors d’oeuvre. I slathered pimento cheese on biscuits and commandeered a cocktail table in the middle of the event space and held court without shame. I wore a fave two-piece bathing suit instead of my “conference bathing suit” and talked business with amazing women in the hotel pool. I didn’t do just one song at Karaoke (standard practice), I did two. And the second one was something I’d never done before. I didn’t back down when a very tall, very well-connected man stood in front of the karaoke lyrics so I couldn’t see. I yelled into the microphone “move your head!”

I ate a giant, messy hot dog at midnight while dodging bachelorette parties on the streets of Nashville and didn’t think twice about what anyone thought of me. I was hungry, and I love sauerkraut. I told a guy next to me at Barry’s Bootcamp that he did a great job on the treadmill, and I didn’t worry about whether it seemed weird that a stranger was complimenting his hustle. My flight was delayed for hours and I did something I’ve never been able to accomplish–I slept on the floor of the airport for a whole hour. I made a nest out of my clothes and put on my noise-canceling headphones and woke up not knowing where I was. A child across the empty gate area I snuck into was staring and sucking his thumb. I cared zero what this toddler thought of me.

I did not survive a pandemic–when so many others did not–to obsess over what a stranger thinks about me.

The magic in this freedom is that for 48 hours away from home, my senses seemed on fire. When you stop worrying so much about how others see you, you start to see a lot more about others. This first in-person event in so long felt so crisp and interesting. It’s not that I have been completely sheltered. I’ve been going to church since August, dabbling in restaurants and such. I’ve been fully vaxxed for a while. There is just something different about work travel. The hotel smelled like HOTEL, and the feeling of pool chlorine, coupled with the faint sounds of protestors at the neighboring Baptist convention, made my eyes prickly with tears. Everything seemed in the sharpest of focus, and I grieved how long I just didn’t notice how weird and wonderful the world is.

I know this sense of newness won’t last forever. I will eventually (likely) take things for granted again. That’s part of the reason I needed to capture this in writing, even if it feels scattered. I’m so glad I kept all that random garbage from March 2020, to discover in my work bag all these months later. I smiled at the memory of a world that didn’t know what was coming, as I attempted to bite into a petrified Starburst. I read my Slack messages from the before-times and laughed at my prediction that we would be WFH for 6 weeks, tops. I encourage you to document this weird transition time and tuck it away for later, even if you don’t have a deadline to meet.

I’ve written a lot about how the concept of impermanence is both freeing and terrifying. I love the thought that we are never the same person on any given day that we were the day before. But it’s also scary when you don’t know the you that is going to be there when you wake up on the airport floor tomorrow. So all we can do is give the me we are today a big ol’ self-hug and simultaneously hold them and let them go.