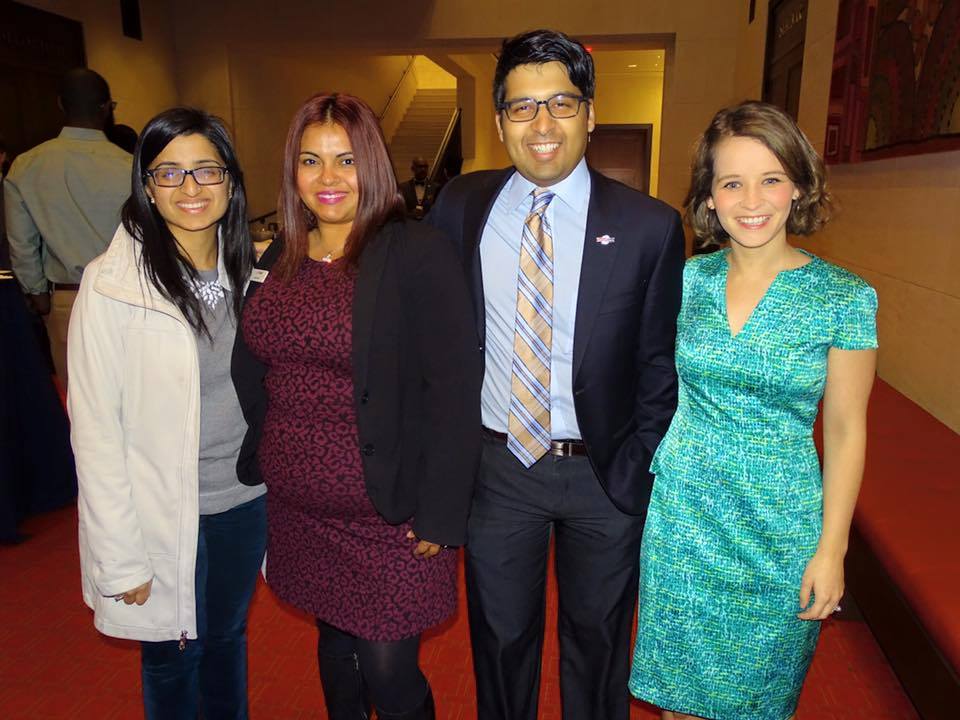 ELGL member Shahrzad Rizvi is known for his technology expertise and ability to rock Google Glass. In the Dallas area, he’s also known for serving on the Mayor’s Star Council.

The Mayor’s Star Council is made up of a group of diverse leaders from the ages of 25-40 that come from eight different areas of cultural and professional influence: Arts & Entertainment, Business, Education, Government, Hospitality & Tourism, Media, Religion and the Social Sector. This group has accepted the challenge from our Mayor to be civically engaged in the challenges the city faces rather than inheriting them in the future.

When not working, you may find current ‪#‎MSC‬ member Shahrzad exploring ‪#‎downtown‬ with his husky, Rajah. Learn more about him here!

Shahrzad (LinkedIn and Twitter) is a budget & policy analyst for Dallas County, Texas, where he is responsible for the road and bridge, major technology, major capital, permanent improvement, and debt funds.

In 2014, Shahrzad was selected to participate in the Dallas Entrepreneur Center’s Ambassador Program. He is also a member of Dallas Makerspace, a local community workshop with 3D printers, CNC laser and routing, welding and woodshop. Shahrzad also hosted a series of videos called “Shahrzad in the City” through the Dallas City Newsroom.

Shahrzad in the City – Downtown Lights from City of Dallas on Vimeo.

Shahrzad is a member of and blogger for Engaging Local Government Leaders, and recently presented at the Urban Management Assistants of North Texas – UMANT Conference.

Shahrzad received a bachelor of science in Social Sciences- Law and Society from Michigan Technological University, and a masters in public administration from the University of North Texas. Heading to Baltimore to start a new adventure this spring, Dallas will miss Shahrzad’s passion for civic engagement. Baltimore is gaining one heck of a guy!