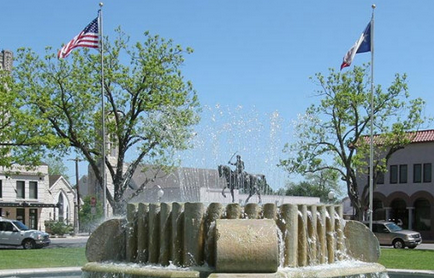 So far, what’s your proudest accomplishment in 2019

A couple come right to mind. We’ve recently upgraded to an Enterprise Video Management solution that is working out beautifully for the city. We purposefully went with a solution that had the ability to incorporate legacy security cameras in place around the city but also one that we could grow with for years to come. In addition to having migrated the backend for several of our current facilities we have two new facilities coming online this year and I love the fact the solution is in place and ready to rock when we get to that phase of the buildout.

A second project that I’m grateful for is a collaboration with the local ISD. A group of students created short informational videos at varying spots around one of our walking trails (Seguin Walnut Park if interested). We’ve been working with them on QR codes for physical signs that will tie back to the YouTube videos they created that we’re hosting on the city’s YouTube page. The signs will be put up at each of the video locations and visitors will be able to scan the QR code which will take them to the respective students YouTube video. IT’s part is done and we’re close to holistic completion. It was a neat experience, I’m proud of the collaboration and a small part of me hopes that maybe one of those students developed an interest in local government and/or how the sorcery happens behind the scenes within Information Technology.

Valentines Day is in February. What do you “love” about your job?

It’s the sense of service; I know it’s a cliché but for me it’s an accurate one. I’ve been working in IT for 23 years now of which 15 years was spent with the Federal government, 5 in private industry and the last 3 in local government. I firmly believe working in Texas local government is my calling and that feeling I get knowing what I do is for the betterment of my community is unmatched. I live in this community, I love it and I don’t have the words for what it means to me to move the technology forward for this community.

Leave the world a better place. Visit Fiji. I’m kicking around the idea of writing a book so let’s go with that one. Nothing like a little motivation to get me started right?

10 Year Challenge! What were you doing in 2009? How did it help you reach your current position?

In 2009 I was working at the Aerospace campus in Los Angeles (technically El Segundo) as a government contractor for one of those three letter government agencies. I spent about a decade there as a pseudo network/telecom engineer and it was where I began my transition into leadership circa 2007ish. Eventually I found myself as an Alternate Site Lead in LA and was offered a promotion to Site Lead at the Silicon Valley site in 2012. No way that would have ever have happened without the leadership and guidance of a few key professional mentors I worked with while I was in LA. Shout out to Dale Burt, Tony Mendoza and Joey Libunao for their friendship, insight and knowledge which eventually led me back home to Texas and landed me a position doing what I love.

(Complete the sentence) The first time I heard about ELGL was…

Fall of 2018. I stumbled across ELGL online and bookmarked the site. I’m a part of a phenomenal organization here in Texas called TAGITM that is for local government IT professionals but was researching avenues to have my department engage on a more national level. I eventually circled back and decided to give ELGL a go…..so here we are!

What question should we have asked? What’s the answer?

What would you tell your 18 year old self?

I’d want to end up exactly where I am today so I would tell 18 year old Shane to embrace change, follow your heart, live with honor and don’t be afraid to take chances both professionally and personally. Being receptive and curious to what was out in the world has afforded me a life and a career that I am beyond grateful for. I’ve had the privilege to live, work and experience many places around the country and the world and it has molded me into the person I am today.

Welcome to ELGL! We profile our members so you can learn more about them and also connect on Twitter and LinkedIn to grow your local government network! Reach out to our new and renewing members and strengthen your local gov community.