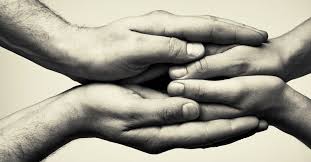 Today’s Buzz is by Joe Warren, City Manager for the City of Belton, Mo. You can follow Joe at LinkedIn.

What I’m Listening to: Turnpike Troubadours

What I’m Working on: Creating a culture of high performance in the City of Belton

What I’m Reading: “Eleven Rings: The Soul of Success” by Phil Jackson and Hugh Delehanty

That was a quote by former President Theodore Roosevelt, and it might as well be a guiding light for leadership. But leadership has not always been thought of that way.

The thesis of the conversation is that the manager, who must sometimes discipline and fire staff members, should keep employees at arm’s length. The implication is that the lack of personal connection makes it easier to be an effective manager. Remove emotion from the equation; it is easier to make logical decisions in the organization’s best interests.

I used to share the same theory, having been trained and mentored by leaders who subscribed to a hierarchal management style.

For that reason, early in my managerial career, I tried not to engage too deeply with staff. Treating people with respect and being cordial was always part of my mantra, but I was careful not to take it too far. No drinks with staff after work, no long conversations about hopes and dreams, no Facebook friend requests.

I was trying to apply my version of logic to my leadership style.

There are two problems with that supposition. One, people are simply not logical. Famous American writer and lecturer Dale Carnegie once said:

Although I disagree that all people are motivated by pride and vanity, the bigger lesson here is that people are “bristling with prejudices.” It is only natural that people with diverse upbringings and cultures and varied personalities and skillsets could look at the same issue or situation and develop entirely different views and opinions. Carnegie was using the term prejudice as a synonym for bias. If you substitute prejudices for the term biases, the quote makes more sense and is very much still applicable.

The second reason that non-relationship-building logic was flawed returns us to the opening quote by Teddy Roosevelt. To lead people effectively, you need to engage and empower them. A traditional, top-down approach will only get employees to work hard enough to keep management from bothering them. When employees are not engaged, they are statistically more likely to call in sick, more likely to change jobs, and more likely to give a subpar effort while in the workplace. They are less likely to go the extra mile, less likely to have a positive attitude at work, and less likely to stay in the organization.