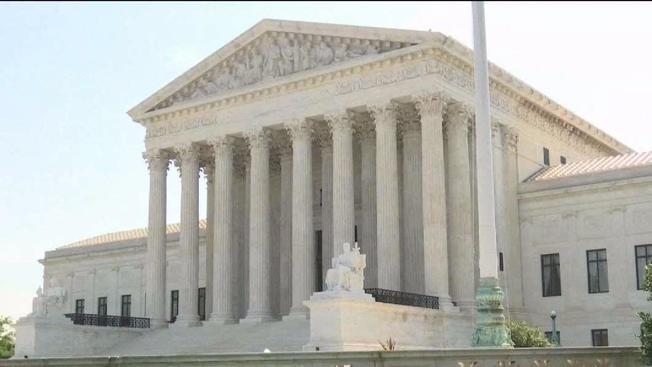 This guest blog is by ELGL member Margaret Kostopulos with the Ancel Glink law firm.

As expected, the U.S. Supreme Court issued its much anticipated ruling in the Janus v. American Federation of State County and Municipal Employees, holding, by a 5-4 majority vote, that it is an unconstitutional infringement on a public employee’s First Amendment rights to require involuntary payment of fair share or agency fees for those who choose not to become union members.
The named plaintiff, Mark Janus, is a child support specialist for the state Department of Child and Family Services, a union position represented by the American Federation of State, County and Municipal Employees (AFSCME).
Janus refused to join the union because of his opposition to many of the union’s positions, including those taken in collective bargaining. Nevertheless, he was required by the collective bargaining agreement to pay “fair share” fees amounting to 78.06% of the dues a full union member pays.
Union dues are meant to offset the cost to the union of negotiating labor contracts and undertaking other activities that benefit members, including making political donations or supporting political candidates who have agreed or might agree to advance the union’s agenda. Most public sector collective bargaining agreements in Illinois contain a dues checkoff provision, whereby the employer deducts union dues authorized by members and forwards those dues to the union.
Most, if not all, public sector collective bargaining agreements in Illinois also contain a fair share provision. The typical fair share provision states that the employer will withhold the amount determined by the union as fair share fees from employees’ pay and forward that amount to the union as a required non-member contribution to the cost of providing collective bargaining and contract administration services to the bargaining unit.
Fair share fees are supposed to be calculated in such a way as to compensate the union for the cost of collective bargaining and contract administration activities benefiting non-members of the union but excluding the proportional cost of internal union and political activities.
In his suit against AFSCME, Janus claimed that, notwithstanding the proportional cost exclusion (in his case, 21.94%), compulsory fair share fees “are coerced political speech” and thus violate his First Amendment right to free speech.
Agreeing with Janus, the Supreme Court held, in a majority opinion written by Justice Alito, that a fair share fee provision “violates the free speech rights of nonmembers by compelling them to subsidize private speech on matters of substantial public concern”. In so holding, the Court overruled the decision in Abood v. Detroit Bd. Of Ed., 431 U.S. 209 (1977) upholding such fees.

In light of the Janus decision, employers should take the following critical steps as soon as possible:

1. Understand that with the court’s decision you are not just relieved of your obligation to collect fair share fees, but you are actually prohibited from doing so. Employers should stop this process immediately. It is wise to send a notice to every union and every employee in a union represented position that, pursuant to the U.S. Supreme Court’s decision in Janus v. AFSCME, you will immediately stop withholding fair share fees from the wages of employees who are not union members. Moreover, any fair share fees withheld but not yet paid to the union on the next date for dues payment should be refunded to the employees.
2. Review all of your collective bargaining agreements to reassess your obligations under the new Supreme Court ruling. In addition to reviewing the fair share provision, check to see if the agreement contains other language that might apply to the situation. For example, an AFSCME agreement with one community contains this provision:

Should any provision of this Agreement be determined by a court of competent jurisdiction to be contrary to law, such finding shall not invalidate any other provisions of this Agreement, and they shall remain in full force and effect. The parties shall attempt to renegotiate the invalidated provision (emphasis added).

If any of your CBA’s include the last sentence above, you likely have a duty to bargain with the union over the impact of the elimination of the fair share language. While it is difficult to imagine what the union might suggest as new fair share language that is not contrary to the law, you probably have an obligation to at least sit and listen. Note that you are under no obligation to agree to any replacement language.
3. Be aware of how unions are trying to get around this ruling. Knowing that dues are the lifeblood of unions, be aware that they will work hard to find ways to keep employees in the union and paying dues. Some tactics that we have encountered already are as follows:
a. Believe it or not, the Teamsters proposed that a park district CBA include the provision that the employer would only maintain the employment of union members. In effect, it was a proposal to fire all non-union members! This is an easy proposal to spot and reject.
b. AFSCME has retooled its dues deduction cards so that the very fine print states that once an employee signs the card, he or she can only withdraw from union membership annually, on the anniversary of the employee’s having signed the original dues deduction card. AFSCME is asking all current full and fair share members to sign these cards. It’s a good bet that they are not pointing out that fine print condition on withdrawal. Obviously, it is AFSCME’s hope that employees will not remember from year to year that they have but one day every year to withdraw from union membership.
Just as importantly, AFSCME has been pressuring employers for contract language which requires the employer to enforce that fine print provision. The employer’s agreement would certainly help to legitimize the dues card language in the likely event that some employee challenges it.
c. Unions are also proposing that if fair share fees are eliminated, then the union is obligated only to represent the interests of union members. This could result in a multi-tiered system of wages and benefits where union members are entitled to negotiated terms of the agreement, but non-members are not. In fact, per their representation certifications, unions are obligated to represent all employees in a petitioned for bargaining unit, unless a particular job classification is excluded based on criteria established pursuant to the Illinois Public Labor Relations Act. No exception exists in the law for those employees who simply do not wish to become union members.
4. Educate your existing and new employees on the law. As with all other communications about union membership, it is important to provide only facts, not opinion or presumptions, and to do so in writing.
5. Finally, some unions are providing unsolicited advice to local governments about how to handle FOIA requests for union membership, authorization cards, or dues and fair share deduction information. These unions assert that release of this information is not required by the Freedom of Information Act and is an invasion of privacy. This advice is not in accord with a previously issued Advisory Opinion of the Illinois Attorney General’s Office. Should you receive a FOIA request for this type of information in the wake of Janus, you should contact your municipal attorney or Ancel Glink for guidance.
Please feel free to contact the Ancel Glink attorney with whom you work regularly or any of the Firm’s labor and employment attorneys with questions and assistance in reviewing your existing union contracts, or to advise you on your post-Janus rights and obligations, to attend bargaining with you on the issue, or to prepare information materials for employees.