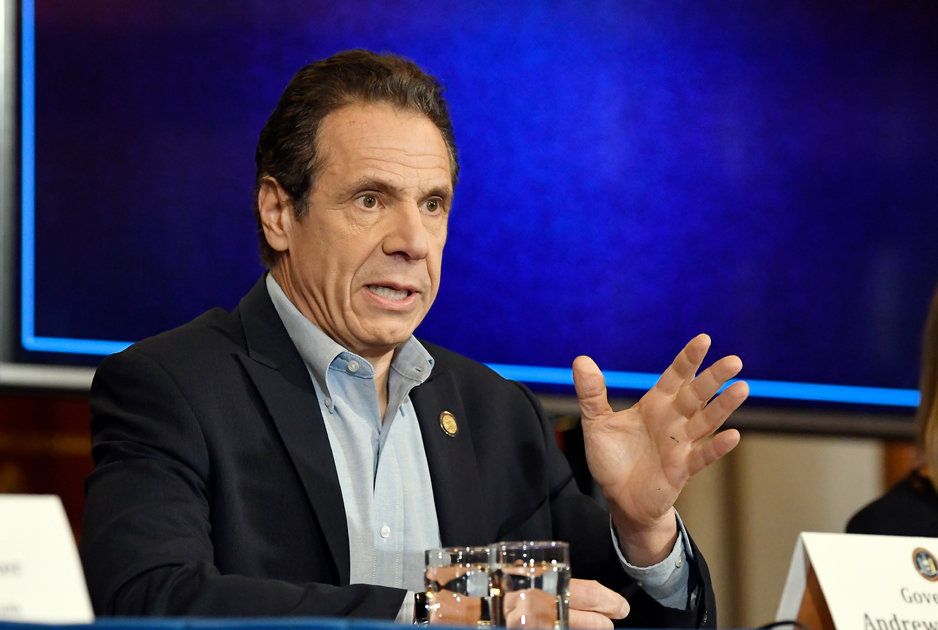 There was a time when state and local governments could work out deals with Washington. But as the pandemic struggle illustrates, the glory days of big intergovernmental initiatives have ebbed away.

Amid the unseemly brawl about continuing unemployment benefits for those whose lives have been upended by COVID-19, an unsettling truth has emerged: State and local governments, which not that long ago functioned as partners with Washington in the nation’s federal system, have increasingly become supplicants.

There’s a searing irony in that fact because governors of both parties have been in the lead of the nation’s response to the coronavirus pandemic. What started out as a matter of necessity, when the federal government stumbled in the opening weeks, became a matter of policy. In April, President Trump asserted “total” power over the effort and suggested that some governors were engaged in “mutiny.” How and when to reopen the economy, he said, was a “decision by me.” But it didn’t take long for the president to switch gears and tell the governors, “You are going to call your own shots.”

It’s impossible, of course, to steer a policy for a virus so nasty across a nation so vast from Washington. The Trump team, however, quickly recognized that it was politically impossible to simultaneously embrace an aggressive reopening of the economy and a strong assault on the virus. Better, they concluded, to let the governors make the tough calls. The governors went in a host of different directions, from New York’s Andrew Cuomo, a Democrat who became the de facto national leader of efforts to contain the pandemic, to Florida’s Ron DeSantis, a Republican who led the reopening campaign. One thing was clear, though: The governors were running the show.

But when it came to negotiations over the next round of economic stimulus, the tables have been turned. Negotiations collapsed in large part because of an unbridgeable gulf between Democrats, who wanted $915 billion in aid to state and local governments, and Republicans, who offered just $150 billion.

For his part, Trump seemed more focused on aid for big business, calling for another $25 billion for the airlines. But at almost the same time, he drew a line against cash for state and local governments, and did so in harshly partisan terms. “What they really want,” he said at a press event at his Bedminster, N.J., golf club, “is bailout money for states that are run by Democrat governors and mayors, and that have been run very badly for many, many years.”

In fact, though, all states have been seriously wounded by the virus-fueled economic collapse. And while Democrats have a two-to-one edge among mayors, there are more Republican governors (26) than Democratic ones (24). Republicans also control almost twice as many state legislative chambers (61) as Democrats (37). The attack on the relief bill, therefore, is fascinating, because the plan would steer cash to Republican as well as Democratic states. And when Trump tried to apply a Band-Aid through executive orders, by asking governors to top off supplemental unemployment insurance payments with state funds, it was a Republican governor, Ohio’s Mike DeWine, who was one of the first to raise questions about whether his state could afford to ante in.

The tensions between Trump and the states go back to the earliest days of his presidency. After all, Washington’s Democratic governor, Jay Inslee, was the first to challenge the president’s immigrant ban ordered just days after inauguration.

But the larger disconnect between Washington and the states and localities goes much deeper than that. There was a time not so long ago when the White House Office of Intergovernmental Affairs was a serious operation, charged with forging partnerships between the federal government and the states. During the Reagan administration, it had real juice in policy deliberations, and Bill Clinton’s office helped forge the remarkable welfare reform plan of 1996.

Over the last generation, though, the White House office has become largely one of constituent relations instead of a serious policy shop. As Medicaid’s formula has come to dominate both the federal government’s aid to the states and the shaping of states’ budgets, the glory days of big intergovernmental policy initiatives have gradually ebbed way. The one deal that seemed open to everyone at the beginning of the Trump administration — to revitalize infrastructure — never got any traction. And since George W. Bush, no governor or mayor has gotten much traction in the race for the presidency. The policy partnership between the feds and the states, quite simply, has evaporated.

Washington has gone down a very different road than state capitols and city halls, regardless of party. When it comes to big challenges like COVID-19, governors and mayors are on the front lines. But when it comes to working out deals in Washington, governors have been reduced to coming to Capitol Hill, tin cup in hand. The gulf between the two has become paralyzing.

This article was written by Donald F. Kettl as part of our Academic Brain Trust partnership. Donald is the Sid Richardson Professor at the Lyndon B. Johnson School of Public Affairs at the University of Texas at Austin, and author of The Divided States of America. You can reach him by email or on Twitter. This article originally appeared on Governing.