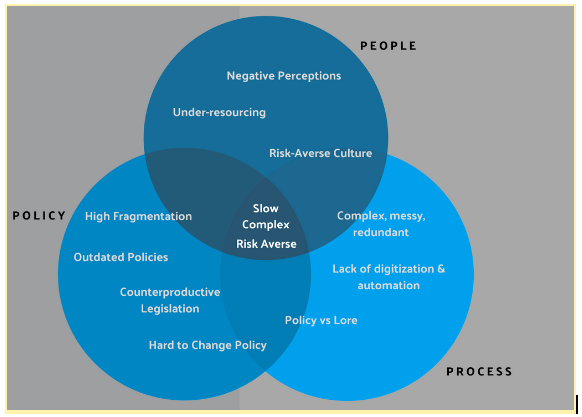 Mariam Pallathucheril is a summer research fellow at CoProcure and a current MPA/MPP candidate at Columbia University (SIPA) and the Hertie School of Governance concentrating in Economic Policy and Technology. She received her Bachelor’s degree in Economics and Government from Georgetown University.

Policy is just one of the three Ps that contributes to the pain government staff and vendors experience around purchasing. In the next series, we’ll explore the second category of pain: people.