So how did Bob Wells’ career intersect with McDonald’s? We find out in this interview as Bob discusses his rise from intern to city manager of the City of Salem which is the second largest council-manager city in Oregon.

You started working with the City of Salem as an intern and eventually made it to city manager. Talk about the process you went through in deciding after all those years it was time to move on.

I think that the decision to retire is a difficult one for most people, regardless of your profession. Much of your identity is often tied to your work. For me it came  down to the fact that I had given the job everything I had and I was just worn out, physically, mentally and emotionally. The organization would benefit from fresh leadership and I would benefit from new opportunities. My decision was made much easier because Salem was fortunate to have an outstanding assistant city manager in Linda Norris, who the Council selected as city manager after I retired.

I would recommend three things as you consider retirement.

Tell us about three experiences during your career where you felt that you were really making a difference.

I will tell you about my favorite project when I was city manager because it illustrates what can be accomplished in local government when everything works well.

Joan Kroc was the wife of Ray Kroc, who built McDonalds empire. When she passed away, she left $1.2 billion to the Salvation Army to build several community centers across the United States. Not only would the money be used to help build the centers but there would also be an endowment to offset the operating costs. (How many times do you find someone with the foresight to create an endowment?)

There was a competitive process to select the sites for these new centers. We found out about it with only one month left in the application process. (Many cities had been working on their applications for over a year.) City staff quickly identified a site owned by the urban renewal  agency and helped assemble a packet of information for the application. The Mayor took a lead role in organizing community support and  several prominent business leaders  took key roles in raising funds and  building an organizational structure. Salem was the underdog, competing against much larger cities like San Francisco, Los Angeles and Salt Lake City.

After several months of review, Salem was selected as one of the sites for a Ray and Joan Kroc Community Center.  The Salvation Army provided $30 million to build the facility and $30 million for the endowment. The community still needed to raise $10 million for the capital construction. Several individuals and businesses made sizeable contributions but there were many $5, $10 and $20 contributions from ordinary citizens and children donated their loose change and held fund raising events. It should be noted that Phoenix Arizona was also selected as a site and also had to raise about $10 million from local contributors. Phoenix has a population of about 1.6 million; Salem has a population of about 150,000.  Yet Phoenix struggled to raise their  funds while Salem exceeded its goal.

The center was built in a low income area, proving first class facilities and programs for local residents.

Everyone played their roles to perfection. The Mayor and Council, the business community, the citizens and the staff all pulled together to accomplish something great for the community. No one individual or group was solely responsible. It was the collective effort of a community that made this project successful against all odds.

On the flip side, can you talk about the most difficult experience you encountered as a city manager.

I think most city managers would say that managing the politics is the most difficult part of the job.

When I was in my twenties I worked in the city manager’s office for three years. Bob Moore was the city manager and he was one of the most ethical, visionary city managers I ever observed. But I watched the toll the politics took on him and I made up my mind that I would never be a city manager.  Obviously I changed my mind but I went into the job fully understanding the challenges. It helped that it was at the end of my career. I was more seasoned and I could better handle personal relationships.

Don’t get me wrong. I loved my career in local government. I can’t think of anything more rewarding or satisfying. I loved the work  and I loved the people I worked with. I met many terrific political leaders and citizens. But there is a certain part of the politics I don’t miss at all.

If ELGL spent a day with you in Salem, where you take us? Favorite restaurants? Favorite places?

I would show off the city. I would show you how the planned Minto Island bridge will connect 3 urban parks, providing more than 20 miles of trails and over 1000 acres of parkland adjacent to the downtown. When completed, it will be larger than central park in New York City. I’d show you Salem Centre shopping center downtown. How many cities have downtown shopping centers with four large department stores including Nordstrom, Macy’s, J C Penny and Kohl’s? I would show you strong residential neighborhoods that surround the downtown as well as housing that is emerging within the downtown core.  I would take you on a ride at the Carousel built entirely by volunteers and a ride on the Willamette River steamer. I would show you the Gilbert Children’s Museum and the adjacent play area,  also built entirely by volunteers.  I would take you Wallace Marine Park, where each summer the city plays host to national softball tournaments. I would show you the city conference center, one of the few LEEDS certified centers in the country and one that has made a profit every year since it opened. You would spend the evening at the conference center hotel because tomorrow there would be much more to see.

In the next few years, a number of high quality city managers in Oregon will be retiring, do you feel enough has been done to cultivate the next generation of city managers? 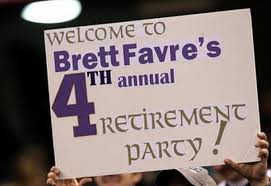 I think that now is a time very similar to when I began my career. There were a lot of retirements occurring and local government was expanding. We  were thrown by necessity into jobs that we were really not ready for. We learned through baptism by fire and in the end I think we handled most of it just fine.

Now is very similar. There will be lots of retirements coming up. People will move into positions as city managers and positions throughout the organization for which they may not have all the experience you would want. But there is no better way to learn than actually doing the job. You just have to persevere, learn from your mistakes and continually try to improve. I think this generation of local government administrators will do just fine as well.

Perhaps if it was the right situation.

When I retired I was appointed to the Board of Trustees of Salem Hospital. One night I went home from a board meeting and told my wife: “I’m the worst board member. I’m everything I used to complain about certain councilmembers”. I was reacting like a city manager not a policy  maker. My role had changed but I had not.

So I will never run for public office.

Bob Moore, who I referenced earlier and served as city manager in the 70’s. His ethics were unquestionable. The only time I ever saw him get mad was when someone accused him of lining his pockets. He was also a visionary. He believed in a strong downtown and negotiated the agreement that brought Nordstrom’s to Salem. He also started funding neighborhood associations, city  recreation programs and social service contracts.

Larry Wacker, who I had the pleasure of serving as his assistant in the 1990’s. Larry was also highly ethical and he was fearless.  I sat in the office next to his and I remember some of the elected officials would literally start screaming at him to try and influence his staff recommendations because they carried a lot of weight. The angrier they got, the quieter Larry got, which of course only made them angrier. But he never backed down and he never succumbed to political pressure. He was a staunch defender of the charter and of the Council-Manager form of government. He made the difficult recommendations and decisions that he felt were in the best interest of the community even if they were not politically popular. He created an environment where he took all the heat so that the staff could do their jobs.

If ELGL talked with those who you supervised in your career, how would they describe your management style?

Perfect in every way. Actually this is probably best left to those I supervised.

Pink Martini’s “Joy to the World”

Give us a few suggestion for speakers in our 2013 Speaker Series.

Linda Norris, who is the current city manager of Salem. She started her career as a secretary and now runs the second largest Council-Manager city in Oregon. She is a terrific city manager and she could provide some excellent insight about the job.

I would network more. I tended to be focused on doing my job in Salem and I regret not being more active in OCCMA and other local government organizations.

I just finished “Better” by Atul Gawande. Dr Gawande is a surgeon and while this book is about medical care, it is also a book about the difference between being good at your job and being exceptional. It has  many applications  outside of medicine. He also is a great writer so his books are an easy read.

My wife and I saw the movie “Lincoln”, which is excellent. So now I’m reading “Team of Rivals”  by Doris Kearns Goodwin, also excellent.