One of our spiritual founders, Craig Prosser is highlighted in today’s feature. (See related link: The Takeaway with Larry Patterson.) Craig was a driving force in encouraging the formation of ELGL and communicating the new venture with the local government community. Simply put, without Craig, ELGL would not exist.

Craig had a distinguished career in the public sector which included a term as a Lake Oswego City Councilor. In Tigard, he served as the finance director before being appointed the city manager in 2005. Craig’s definition of retirement is different than most as he spends his retired days serving on the TriMet Board of Directors and City of Lake Oswego Budget Committee.

You retired as city manager of Tigard in 2011. How did you know it was time to move on?

My retirement was more the result of personal desires and goals and less thinking it was time to move on.  I had a great run at Tigard, and we accomplished a lot.  I was comfortable in my decision to leave because we had a strong organization with excellent staff, who I knew would be able to carry on without me.  I think I was also mindful of the old show business adage, “Always leave them wanting more.”

Your career spanned more than 30 years, Tell us about three experiences during your career where you felt that you were really making a difference. 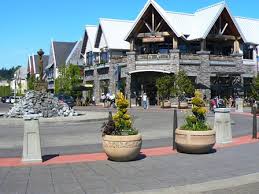 I don’t think I am demanding of staff.  (Maybe this is a question better answered by the Lake Oswego Finance staff or the staff at TriMet!)  I think I am better at asking questions of staff because of my career.  I think I am also better at understanding their answers, helping them to expand on aspects that need more discussion, and sometimes helping to rephrase information to help other board members and the public understand important aspects of the issue.  Given my work experience, I always try to be mindful of my role as a board member and not to intrude upon the role of the staff or manager.  And knowing what it is like to sit on the other side of the table, I always try to be respectful of staff.

No.  Retirement is good.

I actually thought this might be a possibility as I prepared for retirement, but I quickly learned that retirement is good.  TriMet gives me all of the board experience I need.

Some of us are undecided on whether we want the responsibility of becoming a city manager, convince us why we should pursue a career in city management.

Local government is the closest to the people.  That can be a drawback in that you always have to work very closely with some people who can be challenging.  However, it is also the most rewarding because you are directly impacting people’s lives, and the closeness to the people forces you to keep it real.  I also believe that local government is the most creative because of its closeness to the people.  You get to do things and to try things that larger organizations cannot, because of their size which requires bureaucracy.

What are the three biggest issues facing local government in Oregon?

Give us three suggestions for speakers in our 2013 Speaker Series.

I don’t know that I can come up with three.

Someone who can talk about the changing demographics of Oregon and what that means for the workplace and for the demand for, and delivery of, public services.  Multnomah County just had someone do this, and that person also did a presentation for TriMet.  I don’t have their name.

If ELGL was to spend a day in Lake Oswego, what are your recommendations for:

Lunch – There are a lot of really good choices.  The three that come to mind are:

Dinner – Again, a lot of choices.  I would recommend all of the lunch places I listed plus:

No.  Looking back, I am very happy with what I accomplished.

Right now I am reading “The Obamas” and “Game of Thrones.”  I have over 30 books queued up on I-Books to read.  I am always reading something.