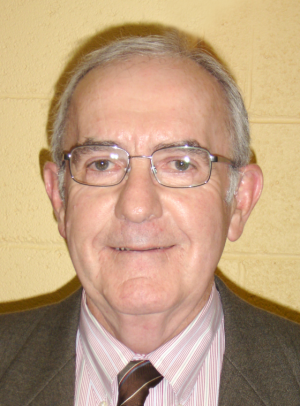 California and Oregon have benefited from the professional management of Don Otterman. Don recently retired as city manager of North Plains after an 11-year stint. Following his retirement, he served as an interim manager in Wheeler. In this interview, we hope you will takeaway the passion and commitment which Don served his communities.

You stepped down from city manager of North Plains in 2011 after nearly 12 years. Talk about the process you went through in deciding after all those years it was time to move on.

There were, of course, the financial considerations.  Once they had been considered, the next decision was, Am I ready?  In 2011 I had worked 41 years.  I was proud of what I had accomplished over that time, but felt that I needed to let others advance the profession and get out of the way.  I have grandchildren that I wanted to be involved with, and some hobbies that I had put off for far too long, such as wood working.

Tell us about three experiences during your career where you felt that you were really making a difference.

Two of the three occurred in my time in Southern California.  The first was a trade of funds, $1,000,000, with the County Supervisor Mike Antonovich so that he could fund transportation improvements, and the city I worked for, La Canada Flintridge, could underground high voltage lines that were in the downtown area.  I negotiated the trade of the funds and worked to implement the project.

The second was also in La Canada Flintridge.  The city had been left an historic home by our former State Assemblyman, Frank Lanterman.  I was able to work with our State Senator and current State Assemblyman to have a bill introduced in Sacramento to provide $500,000 to the city to restore the home.  At that time, it was the second largest historical restoration project funded by the State, the largest being the restoration of the State Capitol.

The third was while in North Plains.  I submitted a grant application to ODOT, which was funded, to rebuild a railroad trestle to allow large trucks to exit the industrial section next to downtown without going through downtown, improving the business climate.  The total project cost was $1.3 million.

On the flip side, talk about the most difficult experiences you faced as a city manager.

The most difficult experience as city manager was handling the fall out from embezzlement of funds from the municipal court by our court clerk.  The financial impact, and political repercussion  of the crime  is something that I had to deal with for several years. Another was dealing on an emergency basis with a 500 acre brush fire that destroyed many homes in La Canada Flintridge and did several million dollars in damage, and dealing with the aftermath of a particularly strong earthquake and all the emergency response

In the next few years, a number of high quality city managers in Oregon will be retiring, do you feel enough has been done to cultivate the next generation of city managers?

ELGL is certainly a good start to assist in that cultivation.  I also think that there should be a pool of experienced managers created to assist the newer professionals in times where experience would be beneficial.  I would be willing to help, as I am sure would several other retired managers.

As time goes on, the fiscal problems facing cities will only get worse.  A solid financial background would be beneficial.  I would say that the second would be to get involved in the League as far as serving on committees and the OCCMA Board.  I served on the League Finance and Taxation Committee, General Government Committee and the OCCMA Board.  I gained a lot from that experience.

The thought has not crossed my mind.  I am busier now than I was when working with volunteer opportunities and family responsibilities.  I did serve a total of nine months in two cities as part time interim, but full time work is not being considered.

I also do not believe that will happen.

In California it was George Caswell.  George was interim city manager in La Canada Flintridge while I was Assistant City Manager.  I had known George several years before that.  I assumed the city manager role when he left.

In Oregon, I would say Ron Louie, Police Chief of Astoria and Hillsboro and Dave Bishop, Police Chief of Beaverton.  They helped me through police related issues in Keizer, Scappoose and North Plains.  Akin Blitz helped me through personnel issues in all three cities.  As far as a city manager mentor, I would say Tim Erwert.  He was city manager next door in Hillsboro while I was in North Plains.

If ELGL talked with those who you supervised in your career, how would they describe your management style?

I liked to delegate as much as possible, and made sure that when I hired staff they were the best available, to make my job easier.  I did stay up to date on what departments were doing, but let the department head run the department.

Give us a few suggestion for speakers in our 2013 Speaker Series.

How to do more with less.

What are the biggest issues facing local governments in Oregon?

Financial issues I feel are by far the biggest issues.  We keep having to do more with less.

I am satisfied with my career.  If I changed anything, it would have been to move to Oregon sooner.