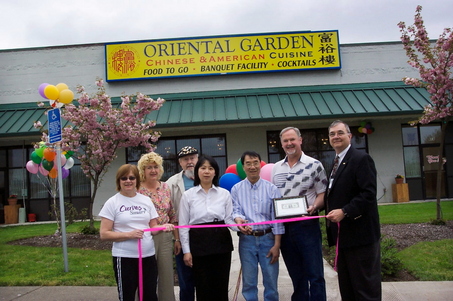 “Be a mentor” simple yet often difficult advise to espouse which is a main reason for the formation of ELGL in 2010. One local government professional who has lived out this credo is Jim Hough, former Banks City Manager. We caught up with Jim last week after he returned from a grueling vacation in Italy.

You retired as city manager of Banks earlier this year. How did you know it was time to move on?

That is a hard question to answer.  It seems as if, in our careers, we are always looking forward while we are simultaneously looking at the here-and-now of today.  We always seem to have more projects that will make our individual community so much more livable for everyone.  However, there does come a time when one knows that the staff is well organized and the important projects are completed or nearly so.  Hopefully one is working with a City Council that is appreciative of what you are accomplishing, so that when that time comes that you need to move on you can do so on an upbeat note.  By being positive in working the transition, the city continues to prosper and the profession is thereby strengthened.

That was the case with me in Banks.  I had been there well beyond my ICMA/OCCMA two year commitment, and the Council was (and still is) great, and most of the projects that I had set out to accomplish were coming to fruition or had recently done so.  In my particular case as well, I had reached that age when I needed to contemplate retirement and I did so.  The short answer is that you will know when it is the right time to move on if you contemplate, and if you listen to your inner voice as well as that of your family.

Your career spanned more than 15 years in municipal government, tell us about three experiences during your career where you felt that you were really making a difference.

Actually, I am a mid-career-change person who has been in the profession for 18 years.  To all of the ELGL members who are coming to the profession from another career I say welcome and give it your all.

I also felt that way when I was in transition between what turned out to be two City Manager positions.  I was able to work for the one of the best City Managers I have known, though he was an elected Mayor.  I worked for a time as the interim HR Director for the City of Beaverton, under then Mayor Rob Drake.  He needed someone on short notice, I was available, and he wanted someone with City Manager experience in the Director job while he searched for the permanent person to hire.  Again, helping a city to succeed is making a difference.

I guess the most telling experience that I have had was being the first City Manager of the City of Banks.  There is something about being the first professional manager in a city that is not only rewarding but is also, clearly, about making a difference.

In each of the instances I have mentioned, I have learned as much as I have given.  This profession is the most rewarding that I can think of and we each of us really do make a difference …. every day.

Many of us may never experience retirement, so to rub salt in the wound, tell us how you are spending your time and what is ahead for you,

I really am retired; but I hasten to add that I am not leaving the profession.  It is just that, now, I am not being compensated monetarily for what I do as a local government public administrator.  That being said, I am enjoying being able to travel, more than before, with my wonderful spouse Marky and I am settling in nicely to making up my own schedule.  I hope to continue teaching at PSU in the MPA Local Government Track, and in assisting the younger members of the profession as they meander through the various pathways to success as public administrators.  It’s a good gig.

No, Michael Jordan is the only person I know of who is so qualified that he can come and go in his chosen field.  My advice to everyone is to work hard to achieve retirement and then actively enjoy it.

Give our members and readers two specific steps we can take to make ourselves more attractive to potential employers.

A number of ELGL members have benefited from your willingness to serve as a mentor in our careers.  There are few in the profession who espouse the need to cultivate the next generation better than you.  Where does your motivation come from?

Personally, I am a lifelong learner.  I see every situation as a learning experience and I seek them out.  In doing so, I also want to pass along any of my knowledge to anyone who wants to use it.  My motivation comes from a deep-seated desire to be the strongest member of the local government team, and to have every other member of the team be the strongest as well.  It is hard to put this into words, but motivation to help this wonderful profession get better is a natural thing for me.  I think this concept “gelled” for me when I saw the movie “Pay It Forward” that came out in 2000.  That is when I saw for the first time what I had been naturally doing throughout my professional career.  We all succeed because of the success of others.  That motivates me.

I would add one further thing.  Everyone should BE a mentor, no matter what one’s age or experience level might be.  The mentor and the mentee each get more from the professional relationship than is put into it.  There is a synergy that follows from such a relationship among professionals.  Find a colleague right now and be a mentor.

Some of us are undecided on whether we want the responsibility of becoming a city manager, convince us why we should pursue a career in city management.

There is no other job in any other profession that can be as hectic, or as stressful, and yet be so fulfilling as being a City Manager in local government.  Only a person who has been a City Manager, the head of the executive branch of local government, can understand the genuine rewards of being in such a position.  And only someone who has worked his or her way through a city staff organization can really aspire to be a City Manager.  No matter what position you hold on the city staff, be a learning “sponge” and always be seeking the highest level of the profession.  The country needs you and you would not be here if you did not want to make a difference at the local government level.  The vast majority of the citizens of the United States live in a local government city …. a municipality.  Bring your “A-Game” and enjoy the ride to the top.

What are the two biggest issues facing local government in Oregon?

It is ironic that the state that essentially invented local control is now shifting in such a way as to pull that control back from local City Councils.  The municipality is the hub of a wheel, speaking metaphorically, for each of our citizens, and we administrators and elected officials must be permitted to exercise the local control that is best for the citizens who choose to live in a municipality.

There is no free lunch, so local government needs to be able to raise the necessary funding to operate the city efficiently, effectively, and appropriately.  Getting that revenue is difficult at best, but it is an issue that cannot be avoided.

What are your thoughts on ELGL charging $20 dues?

I think that the ELGL is a fine organization, made up of energetic emerging leaders of today and tomorrow.  To be able to do the business of nurturing our emerging leaders takes money and the dues charged is a small price to pay (pardon the pun) for the value that each member receives as we progress through the profession of public administration.

We are developing our speaker and issue topics for the 2nd half of 2013. Name three public or private sector professionals that ELGL needs to hear from.

There are so many others who I could mention, but these three individuals clearly have a grasp on what it is to be a local government professional.  Listen to all that each has to say and then apply it as soon as you can.

Sell our readers on taking a “stayacation” in Banks. Best restaurant? Favorite places?

Banks is such a small town that we can easily mention a number of fine eating establishments.  The best Chinese restaurant that I know of is the Oriental Garden in Banks.  And the best café is the Banks Trail Café.  The service is great in both places and the food is top notch.  If you want a really good, some would say the best in Washington County, cheeseburger go to the Billiards Tavern in Banks (right across the street from City Hall) and enjoy yourself.

Finally, what book(s) is(are) on your nightstand or e-reader?

The City in History, by Lewis Mumford, and Triumph of the City, by Edward Glaeser.  The first is an old book published in 1961 but still right on the money for today; and the second is also right on the money having just been published in 2011.  They are phenomenal.  I also recommend that we (re)read Democracy in America, by Alexis De Tocqueville.  You can’t do better than these three books as a professional administrator nor as a private citizen.

I am also reading Metaphors We Live By, by George Lakoff and Mark Johnson.

Since I usually have about six books going at a time (I’m a very slow reader) I have other lighter fare that is of great interest to me more now that I am retired.

Thanks for giving me this opportunity to expound a bit, and I hope that I haven’t presented too much of a polemic.  I would really appreciate any feedback that anyone might want to provide.

Banks and neighboring towns team up for trees

Banks officials wrap up projects; look forward to more in 2012

A Tool for Training Budget Committees