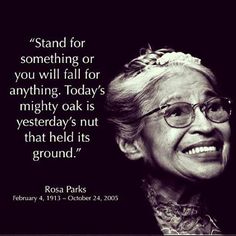 Last time you learned that I Am 36-Year Old White Male. Not much has changed. I am now a 37-year white male struggling to articulate how we (you and me) can make a difference in the long-simmering racial tensions of our country. In particular, I want to focus on how we can make a difference by changing the demographic of the local government workforce.

I have learned that the fight for gender and racial diversity, while sharing some similarities, are strikingly different. My barometer for this observation is the difficulty that ELGL experienced in finding local government professionals who are willing to write about race for ELGL.org. ELGL had no trouble finding writers for our series on the #13Percent and the lack of female representation among local government leaders. However, our focus on race has not experienced such an eagerness.

ELGL has been discouraged from touching the issue of race – “there’s too much history for you to make a difference,” and “race is an unsolvable problem,” and  “you might do more harm than good,” are statements that we’ve heard recently.

I acknowledge the skepticism but I politely disagree. Now is the time for action, and now is the time when ELGL members can make our profession a model for change.

We know racial tensions are real and exist in our society — Cleveland, Ferguson, McKinney, and New York City are recent examples. The racial divide is real. This tool helps visualize the racial divide in major US cities.

The tension between minority communities and government are long-standing and stem largely from our country’s treatment of minority populations – African-Americans (slavery), Asian-Americans (internment camps), and Native Americans (reservations). Knowing this history, you can understand why government work is not a top choice for many as government institutions perpetuated this treatment.

How Do We Make a Difference?

A recent New York Times article pondered how we know whether we are making a difference in this world. The writer pushed for finding opportunities everyday where we can make a difference – helping someone with their resume, participating in informational interviews, sending a note of thanks to a co-workers. These seemingly small things are major for the people that they impact. I propose that we take the same approach in building a diverse workplace.

From this day forward, all of us must become advocates for change. We all have advocates in our life. Some of our parents advocated for us as newborns, and through our early years. Or, our friends and family have filled this role. In between, some of us are fortunate enough to have advocates in the workplace or in the community.

Should a local government workforce mirror the racial and gender makeup of the community?  I think it should.  To accomplish this, we can propose ideas to promote diversity from ban-the-box to chief diversity officer positions to affirmative action. We can form another subcommittee to study inclusionary efforts. But, I propose that we take bold action at the individual level to become advocates for racial inclusion.

The Time is Now

The turning point is now. We are experiencing massive retirements in the public sector. These retirements are creating job openings that must be filled. We are climbing out of a recession where local governments were cut to the core. Cities and counties are slowly returning some of these positions. We are an increasingly diverse country where our minority populations may soon become the majority and in many areas, minority populations are already the majority.

We must advance local government by stepping into the role of advocate. Each of us can advocate by using our strengths: whether it’s our leadership positions in the community or our able to connect one-on-one with key leaders.

We can start advocating by questioning – are we, as individuals, reaching out to our colleagues who are minorities? Are you seeking to understand how they feel and where they need help? Is your organization truly committed to inclusion? What specifically are you doing?  Here are eight different ways you can be an advocate for local government diversity:

1. Be an Advocate as a Local Government

Some of our local governments are taking steps to building a more diverse local government workforce.  Let’s learn from these steps and try to implement them in our own communities:

The City of Portland is advocating through a Workforce Demographics Dashboard. You can visit the dashboard and learn about the demographic makeup of the City’s workforce. The dashboard shows Asians (5%) compose the largest racial minority group and 35% of the workforce is women. This allows us to understand where we are and decide where we want to go.

The Madison Police department was in the news for the shooting Tony Robinson, an unarmed biracial male. There were protests and cries of injustice but Madison never escalated to a Ferguson-like situation, despite happening while the Michael Brown shooting was fresh in people’s minds.

It wasn’t blind luck that prevented the situation from escalating. Madison spent years building relations with all areas of the community. In 2014, Madison adopted President Obama’s ‘My Brother’s Keeper’ (MBK) Community Challenge. The initiative seeks to address persistent opportunity gaps faced by boys and young men of color to ensure that all young people can reach their full potential.

Emily Leuning wrote about the City of Hillsboro’s efforts to engage diverse populations at the high school and community college level. Here’s an excerpt:

Showing youth in our community there is a vast array of jobs in Public Service.  Many students easily recognize Police Officers and Fire Fighters to local government (both departments do an amazing job with Public Outreach and community involvement), but many students don’t know about Water Treatment Plant Operators, Long Range Planners, Traffic Engineers, Webmaster, etc.  This knowledge can open doors when youth begin to identify potential careers in their future or start to schedule college courses.
Hillsboro City Manager Michael Brown remarked,

“This internship program will give our young people an earlier opportunity to explore career choices, learn hands-on skills and help their hometown,” Brown explained. “It also will fill a city need for bright young interns who creatively solve challenges and make Hillsboro an even better place to live.”

2. Be an Individual Advocate

4. Advocate for Diversity on Staff and Volunteer Boards

You can facilitate this by developing a diverse network that is interested in opportunities with their local government, and/or is willing to communicate opportunities to their professional networks.

5. Advocate by Connecting with Historically Black Colleges and Universities

Historically black colleges and university can be overlooked by MPA programs and hiring agencies. This is unfortunate because it is a time where many are deciding their career path. Local government need to be at the schools serving as guest lecturers, communicating job opportunities, and engaging students for their input on community issues.

6. Advocate for Creating a Staff Position for Diversity and Inclusion

The same holds true for your professional associations. Each should have a dedicated staff member for inclusion efforts. You are a dues paying member and must advocate for one if it does not exist.

7. Advocate in Your Professional Associations

Your professional associations might have an occasional conference session on diversity, or may have formed a subcommittee on the topic. Be the advocate for real initiatives from your associations. Advocate for conference sessions that are held, not right before happy hour, but during the mid-morning when most attendees are at the conference. Challenge your leadership to create a diverse team composed of all races, genders, and backgrounds to work on an action plan. Diversity initiative should not become similar to the little kid’s table where we direct our minority members to go forth and propose solutions. We need inclusion for this effort.

Consider what your association has done as of June 15, 2015, and now, ask them for specifics on what they will accomplish by June 15, 2016. You can advocate for this in-person, via email, or amongst a small group. The key is that you are raising your voice to say change is needed.

8. Advocate With Your Words.

Take time to write a column for ELGL or your professional association on the importance of inclusion in local government. Your words will raise awareness and cause others to think about building an inclusive workforce.