As we suffer through the cold, rainy season in Oregon, ELGL thought it would be timely to catch up with one of our California members, Amanda Lamb. Amanda was an early ELGL supporter and helped raise ELGL’s visibility among county staff. Earlier this year, Amanda made the transition from Multnomah County to the City of San Diego. You may also know Amanda as the editor of the Portland State University PA Alumni Newsletter. In this interview, Amanda gives us a music recommendation, an interesting book recommendation, and a half-hearted reason for us to relocate to California.

The Transition with Amanda Lamb, City of San Diego

What is your current job title?

Name two projects that you have worked on.

Why leave the great state of Oregon for California? What were the considerations in making the decision?

It was an incredibly difficult decision to make. Professionally, I wanted to gain some experience in a large city and in a different state. All of my post-secondary education and professional experience has been in Oregon, and I think it is valuable to get some perspective on how local government in other states operates.

What would they have to be mad at Oregonians about! They clearly love Oregon and Oregonians, otherwise they wouldn’t keep moving here.

ELGL enjoys reading the PSU PA Newsletter especially when we are mentioned. Tell us about the origins of the newsletter and the audience that you reach through its distribution.

I am so glad to hear that you are enjoying the newsletter! And we love featuring the great work that ELGL is doing throughout Oregon and especially for alumni of the Public Administration program at PSU. Our audience is continuously growing, which is so exciting. We currently post the newsletter on several social media sites (including ELGL!), as well as through the school’s listserv and website, but we are always looking to expand.

The initial goal in forming the Alumni Association and publishing the newsletter was to essentially advertise, both to alumni and the outside community, the great work that graduates have done throughout the world. Other (nameless) PA graduate programs have very robust alumni networks that students and graduates alike can call on for informational interviews, mentoring opportunities, social networking, and jobs. We wanted to bring that kind of connectedness to the program at PSU. Although I must admit, the very selfish origin was simply a desire to maintain connections with my alma mater after I graduated. I was very involved in the student association during graduate school, and that was a wonderful experience. I guess I just didn’t want it to end! But the newsletter has been a great way for me to catch up with old friends from graduate school, as well as meet new people that graduated from different programs or at different times. It’s really interesting to learn about the different career paths people have followed after graduating, but all with shared experiences courtesy the Hatfield School of Government!

That’s a hard one! I will have to go with the Chargers, because they don’t compete against my team – the Braves.

If you could transplant three things from Oregon to California, what would they be?

What do you think about ELGL charging $20 dues?

I think it’s great! Amazing things have come from ELGL’s volunteers, and I am really excited to see where the group goes with a little funding behind it. Twenty dollars is more than fair for what we get, and offering students free membership is a great way to get them involved in local government early.

When ELGL holds its first annual conference, who should be the keynote speaker?

One of the founders of ELGL! I would love to hear more about the origins of the group, how it was created, and how it managed to have such far-reaching success so quickly. I think it is also very inspirational to hear about how a small group of people or even one/two individuals see a gap in education, professional development, networking, etc. and then decide to create an organization that fulfills those needs.

Let’s go with a typical interview question – where will you be in five years?

I hope to be in a local government leadership position. I know that probably goes without saying, given ELGL’s usual membership, but I want to have gained enough experience in five years to be able to supervise and manage projects and/or staff.

What are two things that California governments do better than Oregon?

After a lot of thought, I have found this question to be impossible to answer. Sorry CA!

What book are you reading?

I just finished a book for my book club pretentiously titled “The End of Men – and the Rise of Women”. In my defense, a male member of the club made the suggestion! There were some very interesting points in the book, like a discussion on how males are struggling in the current American education system and falling behind females in everything from grades to attendance to graduation rates. However, the book also made a lot of sweeping generalizations with nothing but anecdotes to back them up. The auditor in me had trouble with that.

In looking back, what are two things you would do differently in the transition?

Give our readers one reason (beside the weather) to consider job opportunities in California. 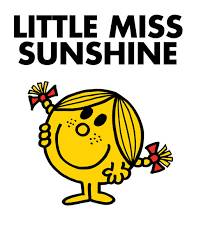 Ah! You took the best answer! I suppose it would have to be the California lifestyle, which is very, VERY relaxed. The beaches are also nice.

Lightning Round with Amanda Lamb, City of San Diego