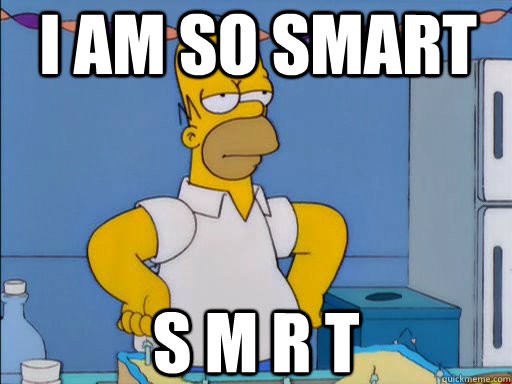 Today we’re bringing you a new series, “There’s an App for That,” from CitySourced. CitySourced (LinkedIn, Twitter, Facebook) is an enterprise platform for local and state government that was founded in 2008. It began as a best of breed service request solution (311, report a pothole, graffiti etc.) but has evolved to focus more broadly on providing governments with a complete native mobile app for citizens to communicate with every department of their community.

3 Leadership Traits to Help You Build a Smart City

The idea of becoming a Smart City is widespread and accepted. Regardless of the size of your community, we all want to be in a place that’s working towards building a Smart City.
But building one won’t just happen in a vacuum of your IT Department. Whether you’re directly involved in technology or not, your leadership abilities will directly impact whether or not your organization takes the necessary steps.
What is a Smart City?
There are a lot of definitions thrown around. The City of Portland, Oregon summarizes it nicely as:

“The innovative use of technology and data to enhance community engagement, to bring public benefits through improved delivery of services, and to address our City goals around equity, mobility, affordability, sustainability, community health and safety, workforce development, and resiliency.”

Basically, a Smart City is one that builds on real-time technology to improve the quality of life and to manage assets. It’s a concept that many municipalities have tried to digest and while some are successfully implementing for the future, others believe it just isn’t for them.
Why do we need Smart Cities?
Your residents have adapted to the ‘new normal’ of customer experience, an omnichannel experience from video conferencing to chat tech support to mobile payments and more, where digital technology drives the entire experience. Their lives have been centered around this technology change. The average resident is on their smartphone 4 hours per day. Local governments that fail to keep pace with technology trends will begin to lose touch with residents.
Regardless of the population or budget of your community, the digital future is here. It was already time to think, plan, and take action. Fortunately, it’s never too late to embrace Smart City goals tailored for your own organization. If you haven’t already started to build your smart city, the following three traits will better prepare you to take on this challenge.

#1 Openness to Innovation
Often, people incorrectly assume innovation is a state of being that you either have or don’t have. Innovation is the process of introducing new ideas or methods.
Fortunately, as a leader, you don’t have to introduce the ideas yourself to harness the benefits of innovation. You simply need to create an organization and culture that believes in challenging the status quo and always striving to find better ways.
Don’t allow yourself to wait. It’s too easy to tell yourself that you can implement these types of culture changes once you’re the City Manager. Your sphere of influence may be small but start in your own department.  Start small; not all innovation has to be disruptive. Instead, you can look to adopt continuous, incremental innovation.
If you ensure that there is clarity around your vision and ideal outcomes with results orientation, you can allow your staff a willingness to experiment, make mistakes, and ultimately pivot. Smart Cities won’t be created with a single, broad stroke. If you’re someone that embraces change and a willingness to learn, you’ll be prepared as organizations come to terms with the realization that technology will infuse every aspect of operations.
#2 Commitment to Civic Engagement
We are the first to admit that “Civic Engagement” has become a nebulous term. In the early days of CitySourced, we rode that wave before we realized it was time for a new definition of civic engagement.
As leaders, it rests on your shoulders to preach that it is not your residents’ responsibility to initiate action. Yes, every community has those loyal, devoted followers who take action locally and should be praised and acknowledged.
But, forward-thinking government organizations will use targeted, segmented, direct approaches to engage all citizens. This mindset requires an approach that scales up; you must believe in the role technology will have in allowing you to make your experience with citizens both more personal and more efficient. This is the new form of civic engagement.
Local government often engage citizens sporadically, but engagement should be a consistent, methodical drip at all times. Too many times, we’ve heard organizations say that they can’t get enough citizens to participate in a 6-week public survey. My response is “What did you do the other 46 weeks of the year to pull in those residents?”
When we talk about engagement, we mean the entire ecosystem: city workers, businesses, tourists, etc. As Rodger Lea eloquently states in  Smart Cities: An Overview of the Technology Trends Driving Smart Cities:

“While it may be obvious that cities need to engage and listen to their citizens, it is surprising how few channels exist for meaningful dialogue between cities and their citizens.”

#3 Bias Toward Action
There is always a place in this world for planning. Unfortunately, good intentions and over planning are the death of action.

In local government, the rules of the game are against you. It is always safer to stick with the status quo. Very few people crash and burn if they just show up on time and don’t disrupt the normal flow of operations. But, these people aren’t the leaders who bring change nor do they drive forward new initiatives.
As Brent Summers shows, “a bias toward action is rooted in design thinking and has made an impact on museums, fashion, even entertainment.” And that same mindset can work for you as a local government professional.
Your own personal bias toward action can start on a small scale. Start by embracing that uncomfortable feeling that accompanies that voice inside our head questioning “if we’re going too far”. Become comfortable with being uncomfortable. Ask someone who has a bias toward action to mentor you. Or hire a coach for $15/week for 8 weeks to help you push yourself further.
Conclusion
If you don’t believe technology will alter your work in meaningful ways, you’re in for a severe shock in 5, 10, 20 years. The sooner you can grasp that the digital future is here, the sooner you can embrace these traits and take a leadership role in a technology revolution at your own organization.