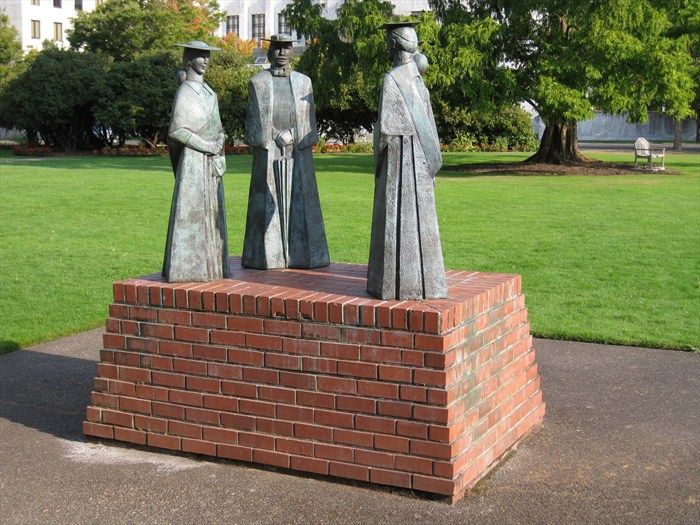 What are Town-Gown Relations?

There are a lot of cities that have universities located within their jurisdictions yet many cities don’t take advantage of the benefits that working with a university can bring.  Fortunately Roger L. Kemp has provided a short write up on literally “The Best Practices in the World!”  He was recently asked to speak at a Town-Gown Relations Conference in Ferrara, Italy where he spoke about best practices from North America.

Before we get to Kemp’s Best Practices we have to know a little about the author.  Here’s the summary he provided:

“Roger L. Kemp, MPA, MBA, PhD, ICMA-CM, has been a career city manager and a career adjunct professor.  He is presently a Practitioner in Residence, Department of Public Management, College of Business, at the University of New Haven.  These best practices are reflected in his book Town-Gown Relations:  A Handbook of Best Practices (McFarland, 2013).  Roger can be reached via e-mail @ [email protected]”

Our Project Assistant thought his name sounded familiar so he did a little more digging and found out that Kemp edited one of the books he is currently reading in Dr. Cooper‘s Local Government Administration class at Portland State.  The book, Forms of Local Government, is a great introduction to the myriad of governing bodies around the US.

Kemp has had an illustrious career in the public sector and has written, edited, and been a contributing author to nearly 50 books dealing with cities. Many of his books focus national best practices being used to improve the quality of services as well as livability. These best practices include minimizing the negative impact of automobiles, growth management, the restoration of nature, the positive aspects of using the arts for inner-city renewal, and state-of-the-art economic development practices. Kemp’s most recent book is a handbook of best practices on Town-Gown relations and the piece below is helpful summary of how universities and cities can work together to form mutually beneficial relationships.

Town and Gown Relations: The Best Practices in the World!

The UniTown Network just held its first annual Town-Gown Relations Conference, for representatives of cities and universities in the European Union, in the City of Ferrara, Italy, last month.  The City of Ferrara and the University of Ferrara jointly participated in this conference.

In fact, the opening session was attended by both the Mayor of the City of Ferrara and the President of the University of Ferrara.  I was asked to speak as an author of a new town-gown relations book based on best practices in North America.  I’ve been a career city manager and a career adjunct professor, in three states on both coasts of the United States, during my public service career.

I talked about, among other things, some of the most common town-gown best practices that are mutually advantageous between the municipality and the college or university that use them. Everyone benefits – both public and school officials, as well as the citizens and students that they serve.  The case studies presented came from joint projects and programs being undertaken by cities and schools located in North America – the United States and Canada.

These evolving and dynamic town-gown best practices are highlighted below.

There are multiple opportunities for communities, and the colleges and universities located within them, to jointly participate in these mutually advantageous town-gown (UniTown) programs and projects.  These positive practices, which are rapidly evolving, reflect joint efforts where everyone benefits – both the citizens and the students, as well as public and school officials who consider and approve their recommendations.

The UniTown Network of the European Union is headed in the right direction with their efforts to get municipal and school officials involved in working together.   Both parties, including citizens and students, benefit from such participatory processes.

In the past, town-gown officials have had misunderstandings based on different loyalties and priorities, and the fact that they have separate governing bodies.  Over the years, few mutual discussions were held between public and school officials, as well as citizens and students!  Nowadays, times are changing, and town-gown officials are increasingly working together for the benefit of both of the groups that they represent – the citizens as well as the students.

Town-gown officials increasingly recognize the positive impacts that the academic community has on their municipal government, as well as the value of the public services provided to the campus by the municipal government.  These benefits include joint employment opportunities; payments for services; mutual city-school projects, programs, and services; and a knowledge of the other revenues and taxes generated by the schools located within municipalities.

These evolving town-gown programs and services jointly benefit the members of the municipal and academic communities as noted below.

This field is dynamic, and additional best practices will no doubt be analyzed, approved, initiated, evolve, and be reported on during the coming years.   The readers of this article should stay tuned for more information about the dynamic and evolving field of town-gown relations, where everyone benefits — the citizens and the students, the municipal and public officials, as well as the members of their respective governing bodies.