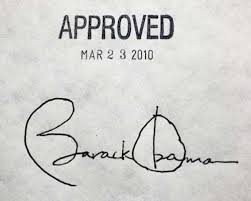 We’ve seen the clever Cover Oregon commercials and heard the back-and-forth about “Obamacare” also known as the Affordable Care Act (ACA). For those of us in the public sector, we may think that we won’t be impacted because of the quality health insurance offered by our city, county, or state. While this may or may not be true, it is true that everyone will be impacted in some way whether its the impact of the ACA on our organization’s budget or whether it is job market which will now need qualified professionals capable of understanding and carrying out the Act.

With so much uncertainty around the ACA, we have enlisted Josh Schultz to write about the ACA and its potential impact on you and also how it might impact your career. Josh is an Oregonian who relocated to New York City to work at the Medicare Rights Center. Josh is well versed on the ACA and welcomes feedback on his posts and recommendations for his future posts.  Before we give Josh the pulpit, we provide you with what makes Josh qualified to write about this complex issue. Fast-forward to March 2010 in Washington, D.C. After a painful debate over reforming the nation’s health care system, delays from a key committee in the U.S. Senate, an electoral upset in Massachusetts frustrating one party’s ability to pass health reform legislation in that Senate, and two showdowns over whether health plans sold in the exchanges could cover abortions (they can), we got the Affordable Care Act (ACA), also known as Obamacare. That Oregonians came up with Obamacare, before Obamacare even existed, invites questions about Oregonians’ history of developing unique public health and health policy proposals. In my next entry, I will review Oregon’s record for taking triple aim on health care, from the Oregon Health Plan’s Prioritized List in the late 1980’s and early 1990’s, to our state’s gutsy move to implement the Coordinated Care Organizations (CCOs) in effect today.