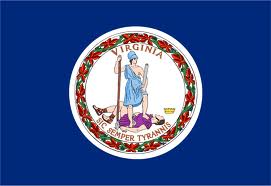 Christopher P. Morrill was appointed Roanoke’s City Manager in March 2010. Mr. Morrill came to Roanoke from the City of Savannah, Ga. where he had served as Assistant City Manager since August 2001.

Previously, he served as Senior Municipal Finance Advisor for the Research Triangle Institute, Research Triangle Park, N.C. from October 1999 to August 2001 where he advised the South African National Treasury on local government finance reform; was a fellow of the Kellogg National Leadership Program from 1997 to 2000; and was Research and Budget Director for the City of Savannah, Ga. from December 1994 to October 1999, and from Oct. 1990 to October 1992. From December 1992 to October 1994, Mr. Morrill worked as a U.S. Peace Corps Volunteer, City of Lviv, Ukraine.

Roanoke (formerly Big Lick) has a population of 97,032 and is the largest municipality in Southwest Virginia. Roanoke’s status as the largest city in a mountainous area led to the nickname “Capital of the Blue Ridge”.

Roanoke has a weak mayor-city manager form of government. The current mayor of Roanoke is David A. Bowers. The city council has six members, not counting the mayor, all of whom are elected on an at-large basis.

The city is the health care and retail hub of a large area, driving the expansion of Carilion Health System and Valley View Mall. Advance Auto Parts is headquartered in Roanoke and has expanded through the acquisition of other chains to become one of the largest auto parts retailers in the country. Norfolk Southern remains a major employer.

Roanoke’s festivals and cultural events include the Chili Cook-Off, Festival in the Park, Local Colors Festival, Henry Street Festival, Big Lick Blues Festival, Strawberry Festival, and the large red, white, and blue illuminated Mill Mountain Star (formerly illuminated in red following drunk driving fatalities in the Roanoke Valley; temporarily illuminated in white on April 22, 2007 in remembrance of the Virginia Tech Massacre of April 16, 2007) on Mill Mountain, which is visible from many points in the city and surrounding valley.

To make a difference in the world — no matter how small.

I guess I was a nerd because at 12 I knew I wanted to work in government.  My first local government job was Downtown Project Manager in Lynn, MA (“Lynn, Lynn, the city of sin. You never come out the way you went in.”).  My Dad was on the local town council while I was growing up so I was involved from a very early age.

Biggest mistakes I have made are nearly all related to  not really listening to understand the citizen, activist, employee, elected official, etc.

Explaining  what I do  is often a challenge.  When  my four  year old asked me one day, I explained all the different services and the City Council…  — and he just looked at me bewildered. So I said that I made sure the city had enough firetrucks.  That made sense to him.

I think ICMA’s “Life, Well Run” campaign is a great example of  how to  help citizens understand the real  value they receive from their local government.  By nature, most of us are not self promoters. However, we can more intentionally be promoters of public service.

I know I should say yes.  However, with the hyper-partisanship and lack  of civility we face daily, while I would encourage my friends and children to volunteer and be involved in their local government, I would only recommend it as a profession if they are very resilient, can take criticism and are internally motivated.

More resilient, more  flexible, and the organization that citizens go to improve their communities  and lives.