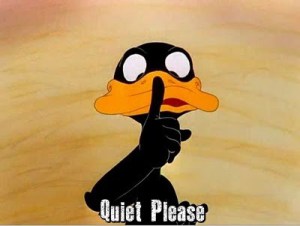 I love vibrant public spaces. In fact, I’m scratching out this article as I sit in the Main Plaza in San Antonio overlooking the historic San Fernando Cathedral. This public space and numerous others emit an almost contagious energy.
They provide a space for people form across our communities, and  across the world, to share. As electric as San Antonio is, my recent trip to New Orleans was actually the genesis of this article.

I went to New Orleans to meet some old friends and check out the City for the first time. Bourbon Street gets all the press but my lasting impression of New Orleans was formed by the energy of the public spaces – Jackson Square, St. Roch Cemetery, Audubon Park, the Riverwalk, etc. In just about all of these spaces (with the obvious exception of the cemeteries) I found street performers (also known as “buskers”) of all varieties, which got me thinking about how these musicians contribute to or detract from the value of our shared spaces.
To understand my perspective, it’s important to understand that I was raised in a musical household. Jimi Hendrix, the Allman Brothers Band, Bob Dylan and Lou Reed more or less defined my younger years. I love listening to music almost as much as I love making music, so finding it in varying forms across the city was a real treat.
As I asked around on my trip for others’ opinion, I discovered that not everyone held these performers in such high regard. Their responses showed the value of street performances was in the eye of the beholder.
How Do Other Cities Handle Street Performances?
Do a a quick Google search of busking regulations in your area. Many cities, including my adoptive hometown of Houston, don’t allow street performances at all. Other cities such as Detroit, New York, and New Orleans allow more leeway for street performances but just about everywhere I found regulates them in some way, shape, or form.
In New Orleans, street performances  have been a part of the culture since the Civil War days. Although it may seem buskers run wild throughout the streets, the City has enacted limited regulation on the performances – funny enough, you can use a leaf blower in the French Quarter later at night than you can play the banjo. Performances must end by 8:00 p.m, unless given a variance by the City.
In 2014, the New Orleans City Council considered an update to the City’s Noise Ordinance that would have had a major, negative impact on street performers. NextCity published a fantastic article outlining the issues which were framed as residents vs performers rather than as a discussion about music as an community asset.
Eastern Market in Detroit has a formal application process for all performers. Performers are required to pay a one-time $5 application fee, after which they are assigned a slot on market days (Tuesdays, Saturdays and Sundays). All registered performers are given a badge to display while they are performing.
New York has also bought into the value of performances through their Music Under New York Program (MUNY). MUNY was established in 1985 to provide musical performances to commuters from 30 subway locations. The program has 350 members. The premise of the program is simple; members are scheduled for certain time spots in certain locations on the MTA’s route (including Penn Station and Grand Central). Like the Eastern Market program, performers are required to display MUNY signage during their performances. By signing up for the program, each member agrees to the MUNY Code of Conduct and because law enforcement is familiar with the program there are fewer misunderstandings between performers and police.
New Orleans Makes the Case for Street Performances

My most vivid memory of New Orleans occurred while sitting on a curb near Jackson Square and watching a a six-piece bluegrass band (complete with washboard percussion) play covers of old-time songs. It sounded like the Felice Brothers collaborating with Old Crow Medicine Show on slowed-down covers of Bill Monroe songs. The band was seated in a semi-circle around a battered old banjo case that was propped open by an equally beaten up sign with the band’s name drawn across it. Their slow, gritty sound was complemented by the street corner, by the crowd of roughly 30 people and by the 6-packs of Coors Banquet Beer equally distributed among the bandmates.
Two blocks away at the foot of the St. Louis Cathedral, a magician entertained a crowd by pulling tissues and quarters out of various orifices of unsuspecting tourists. The crowd’s reaction could be heard for blocks around, drowning out the magician’s small boombox resting at his feet.
On the opposite end of the Square, two women had set up shop on the stoop of a vacant storefront. One woman had guitar, the other a violin. The duo played songs that sounded like jam session with Tracey Chapman, Charlie Daniels and Mozart. Few passersby could resist the temptation to stop for a song or two.

I emphasize the size of the crowd for a reason. To me, the public space in New Orleans was adding value  by connecting people to a shared experience. Whether you lived in Fairfax, VA or Pearland, TX, you became a part of a shared experience while witnessing the eclectic mix of performances.
Throughout my visit to New Orleans, I felt like I could hear the distant sound of the banjo in time with the washboard, coupled with the “ooohs” and “aaahs” from the magician’s crowd. These sounds being emitted from the public space provided soundtrack to my visit. We often overlook the importance of that soundtrack. We are, after all, sensory creatures. Discounting the value of music as a part of a sense of place is equal to dismissing the visual aesthetics of the headstones at St. Roch Cemetery or the taste of frozen hurricane paired with an alligator po’boy.

I grew up in Metro-Detroit and made regular pilgrimages to Detroit Tigers games. It remains one of my favorite things to do. When I was 12 years old I made a pregame stop to Greektown.  On the corner, I witnessed a guy playing the heck out of guitar while keeping time on a kick drum. (Meanwhile, I still hadn’t learned the finger to a G chord). People blocked the sidewalk to watch. Drivers slowed down to listen. I marveled at the performance while my friend’s dad muttered, “Street performers; the tell-tale sign of a dump.” He went on to explain that the street performer is an inconvenience and is more or less a beggar, only louder.
I obviously disagree with the his opinion. For me, the street performer added value to the space, for my friend’s dad, he saw the performer as a distraction and a sign of a slumping Detroit. Our differences illustrate the difficulties in agreeing on the use of public space.
More Questions?

As with so many of the articles I have written for ELGL, I feel as though I have left you many more questions than answers.

The New York or New Orleans approach is not suitable for every community. We can make conscious efforts to facilitate valuable public assets by determining what that looks like and crafting our policy accordingly. We often think about public spaces as physical assets (fountains, statues, benches, etc.) but we also need to consider the human side. After all, how we use public spaces is what will ultimately determine their value.
My Takeaway
Music is a critical part of our communities, regardless of your opinion of street performers. Music is a fundamental expression of who we are, whether it’s songwriters in Texas, Motown in Detroit, or hip-hop from the south-side of Chicago. Communities should develop strategies to infuse that identity into our public spaces, as we have done with physical art.
The beauty of local government is that each community charts a path to express their identity. I understand that music has its time and a place. A bluegrass band might fit perfectly on a street corner in New Orleans or at a Friday night concert in the park, they might not fit in at your community Zen Garden or public library.
When we have these types of discussions, we need to frame them in an inclusive way. Residents, musicians, and business owners are all part of our communities and should treated as such. How do we address each of their concerns and ensure public spaces are an asset to everyone who uses them?
Supplemental Reading