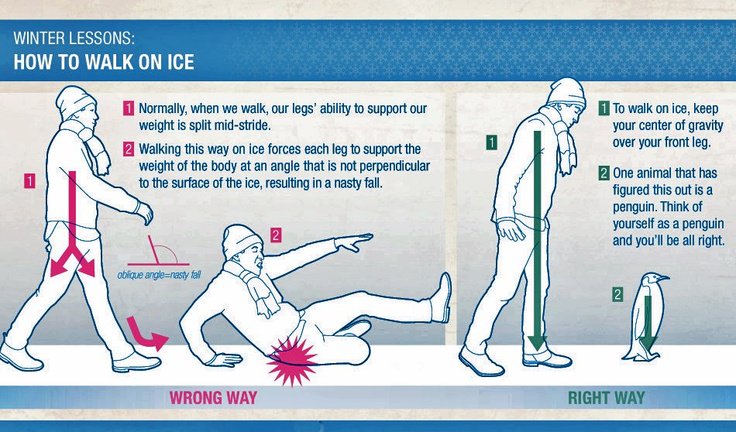 Welcome to the new and improved version of Kittelson’s Corner. One of my goals for 2017 is to write more for ELGL, so our fearless Executive Director signed me up to write a weekly piece for everyone to enjoy while they drink their morning coffee and watch Saturday cartoons (that’s still a thing right?).

I plan to share some of my favorite things from the past week, local government related or not. And share (or rant about) whatever I’m currently obsessed with in local government. I welcome your compliments, hit me up on Twitter.

I found this article really inspiring and the reason has more to do with the subtitle of the article than the main title, “Tallahassee Mayor Andrew Gillum is taking on the state government over a “super preemption law” he calls a threat to democracy.” I remember learning about pre-emption and the supremacy clause in grad school but I never thought much about it, then I moved to North Carolina. Here the State Legislature can control and regulate what cities can do, and often they use this power in a retaliatory way because the Legislature is currently controlled by a very conservative majority while cities are trying to implement more progressive policies.

Reading this article about Mayor Gillum was inspiring because he is fighting a state law in Florida that pre-empted a pretty common sense local ordinance that prevents guns from being brought into parks. In a twist the Florida state law forces local officials who want to fight this law to get their own legal counsel and not use public resources. It’s worth a read and I’m glad there are people working out there to get control back to the local level.

First off, hat tip to Sarah Hazel for sharing this. Implicit bias is something that has become more common to talk about, (the article notes that Secretary Hillary Clinton brought it up during the presidential campaign) but it’s still not well understood. I think this article does a great job of explaining that bias is just part of being human, we all have them, I do, you do, my mom does. The work is in recognizing those biases and challenging them when they’re problematic. It’s worth the read especially if you know people that think bias is just another way to bash law enforcement, spoiler it’s not.

I usually don’t care much for the speculative articles on city officials, but this was more a reflection on how far the City of Durham, NC has come since Mayor Bill Bell has been leading it. It’s been really cool to learn the story of Durham since I started there in September and Mayor Bell plays a key roll in it, he’s been a public official for forty-two years (42!). The last 16 or so as Mayor. Durham has changed a lot in those 16 years and its worth learning some of the story.

Music: Childish Gambino’s new album “Awaken My Love” – It’s a 70s style funk and soul record from one of the most talented people out there. Take a listen:

Podcast: I won’t always shill for a GovLove episode that I did in this article, BUT I will if it’s something I think everyone should listen to. Last month I got the chance to sit down with Dr. Brian N. Williams from the University of Georgia Public Administration program and we had an awesome conversation. His research and consulting work is around policing, diversity and community relations. This is obviously a hot topic at the moment but he as an awesome perspective on it and if you’re at all interested in policing or engaging with communities of color I think he has some lessons for you. Take a listen:

My local government rant and Tweet of the Week are related this week so I’m just going to combine them:

Remember to “walk like a penguin” on ice and snow! pic.twitter.com/ys0bwYJNrq

First, this tweet is amazing! The first time I read it I laughed out loud (literally lol’d from my office). The idea of acting like a penguin at anytime is pretty funny, then I looked more at the graphic and it’s also pretty helpful. I write this as the snow is coming down in NC and we got a couple of inches last night too (plus some rain which I figured has frozen into a nice ice layer). So I will be trying out the “walk like a penguin” technique later this morning when I take my dog into the snow. I’ll report back on my findings.

My rant is obviously snow related, I’m sure this isn’t a new opinion or ground breaking analysis here but I get so tired of people (reporters, my neighbor, the guy on the bus, my brother, etc.) complaining when cities that don’t get much snow, aren’t prepared to handle it. I moved to North Carolina from Portland, OR and one of the things those two places have in common is that they rarely get snow or ice, we’re talking one to maybe three times a year. What that means though is that during those 1-3 times a year the city kind of shuts down, some roads are passable but your neighborhood road might not be. So schools close, work shuts down early or opens late, transit routes change.

When this happens my hometown of Portland or new home of Carrboro gets compared to northern cities like Pittsburgh or New York or Chicago that get sometimes feet of snow and keep going along like nothing happened. Well to do that requires a huge public investment in everything from plows to salt and so much more. It doesn’t make sense for cities that don’t have snow every week to invest in those things. It’s much more reasonable to deal with a cold snap for three days and then when it melts (looks like Wednesday in NC) we all move on.

Former Charlotte, NC City Manager and all around awesome person in local government, Ron Carlee, wrote a much more informative and knowledgable Facebook post on this subject you should read it and let him know how smart he is: My thoughts on snow by Ron Carlee.

We had our budget kickoff this week at Durham and in an effort to make it more interesting we brought out the balloons and sheet cake. I think this guy is saying the kickoff was good: