An ELGL goal this year is to build connections with government professionals in Washington state. One way we’ll do this is by making multiple stops in the Evergreen State on the Fifty Nifty tour. Today we hear from Doug Schulze, Bainbridge Island city manager, and we will return later in the tour to hear from the likes of Charlie Bush, Issaquah deputy city administration and Julie Underwood, Shoreline city manager.

Published Works: Too Little Time to Wear All Those Hats?

Connect with the City of Bainbridge Island: Facebook and the Web

Doug Schulze was named city manager of Bainbridge Island in September 2012 and has more than 25 years of experience in local government management. Before Bainbridge Island, Schulze spent six years as manager of Normandy Park, a city of 6,700 sandwiched between SeaTac and Puget Sound. Schulze also spent 10 years as manager of Medina, a small, affluent city north of Bellevue, home to Bill Gates. Schulze was instrumental in earning accreditation for the Medina’s police force.

Schulze’s first city administrator position was in Sandstone, Minn., population 2,200, from 1992 until 1996. He worked as an assistant administrator in Savage, Minn., while earning a master’s degree in urban studies from Minnesota State University.

Bainbridge Island is a city in Kitsap County with population of 23,025 at the 2010 census. In July 2005, CNN/Money and Money magazine named Bainbridge Island the second-best place to live in the United States.

A 2008 survey of community values revealed that island residents are committed to preserving the sense of community and green spaces – agricultural land, forests, parks and trails. We cherish the natural beauty of our island home, the stately firs and cedars, scenic bays dotted with small boats and views of the snow-capped Olympic Mountains to the west and majestic Mount Rainier to the east.

In Michael Crichton’s Disclosure, Bainbridge Island is the home of protagonist Tom Sanders. In That Thing You Do!, Guy Patterson and Faye Patterson (nee Dolan) move to Bainbridge Island after the end of the main story and raise their four children, as well as start a music conservatory

Honesty, hard work and persistence are keys to success.

(Complete the sentence) Before I die I want to……spend as much time as I can with family and friends.

Clean, but well used. Not the inside of a car owned by a car fanatic, but clean enough so I’m not embarrassed to give someone a ride.

Positively impacting other loves and contributing to the common good. 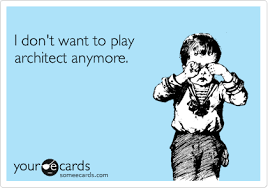 When I was young I wanted to be an architect. My first local government job was an administrative assistant position in Savage, Minnesota. I took an Intro to Public Administration class and the professor was from my home town. We talked one day after class and he encouraged me to pursue a career in public administration.

Most people do not know what a city manager is or does and I have been asked by many people, including family, to explain what I do. Most city managers prefer to quietly work behind the scenes so, we don’t do a very good job of promoting the profession or explaining what it is that we do. One of the tools I am excited about is ICMA’s Life, Well Run Campaign – I believe this campaign will be a great help, but we will need more like it.

It depends on the individual’s personality and life goals. A local government career isn’t for everyone and many people aren’t going to be successful or happy with a career in local government.

forced to consolidate, collaborate and cooperate to remain sustainable and continue to provide basic services.

After 25 years of local government management experience would I do it over again?

Yes, without question. I can’t imagine doing anything else.