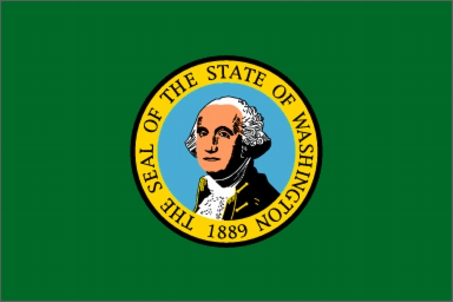 One of ELGL’s goals this year is to build connections with government professionals in Washington state. One way we’ll do this is by making multiple stops in the Evergreen State on the Fifty Nifty tour.  In our previous visit to Washington state, we heard from Washington: Doug Schulze, Bainbridge Island City Manager and WCMA President. Today we hear from Julie Underwood, Shoreline city manager, and we will return later in the tour to hear from the likes of Charlie Bush, City of Issaquah and Jon Amundson, City of Richland.

Assistant To the City Manager, City of Rockville , Maryland

Julie has a Master’s Degree in Public Administration and Policy from Virginia Tech and a Bachelor of Arts Degree in Government and Politics from George Mason University. Shehas also received the Credentialed Manager designation from the International City/County Management Association. To receive the credential, an individual must have significant experience as a senior management executive in local government and demonstrate a commitment to high standards of integrity and to lifelong learning and professional development.

In 1944, the name “Shoreline” was used for the first time to describe the school district. Coined by a student at the Lake City Elementary School, it defined a community which went from city line to county line and from the shore of Puget Sound to the shore of Lake Washington.

Finally in 1995 Shoreline officially became a city being incorporated by King County. Today with over 50,000 residents, Shoreline is Washington’s 15th largest city.

Shoreline contracts with the King County Sheriff’s Office for police services. Deputies assigned to Shoreline wear city uniforms and drive patrol cars marked with the city logo. As of 2012, there are 52 full-time employees assigned to the Shoreline Police Department.

Best piece of advice from your parents. You can learn from the mistakes of others.

For me, it’s following my purpose, which is service to others.

Breaking news: Shoreline City Manager Steps Down. This announcement is what lead the Fifty Nifty to take a detour back to Washington state to hear from Julie Underwood. Julie has a wealth of knowledge to share and is one of the few city managers who gets to leave on their own terms. Julie is leaving Shoreline due to her husband accepting a dream job at Google in Mountain View, California.

If you receive a citizen complaint about a staff person, talk directly to the staff person who it pertains to, do not assume the citizen is right (two sides to every story)

Yes, people often think you’re elected or that you’re a planner.  Maybe we need a TV show like Parks and Rec!  But seriously, I often use the analogy of a CEO or a School Superintendent.  I think this will improve if we’re willing to use modern communication tools like social media to tell our stories.

Yes, absolutely!  What a meaningful way to make a positive difference!

(Complete the sentence) In 2018, local government will be …………the place that college graduates would like to work because of the diversity of problems, the ability to involve the community, the emphasis on life-work balance, and the positive impact they can have on their communities.

What event in the past, present or future would you like to witness in person?

Answer: Dr. King’s “I Have A Dream” speech