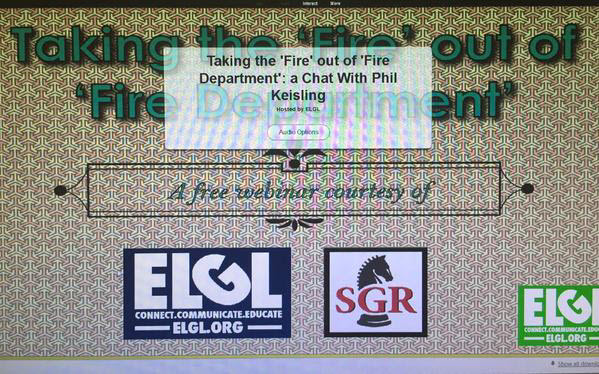 This week we had an awesome webinar with Phil Keisling and Kent Robinson of the Center for Public Service at Portland State University on their research into fire departments. They recently wrote an article for Governing Magazine on the topic and the webinar delved a little deeper into what they found.
Watch the webinar at this link: www.anymeeting.com/WebConference-beta/RecordingDefault.aspx?c_psrid=E950D788834D3C
Note: The webinar recording started a little early so skip to minute 6:20 for the beginning of the webinar.

Here are some of the thoughts and takeaways on Twitter, check them all out using the hashtag #ELGLFire.

#ELGLFire ask yourself this: If you had no fire dept and needed to build one to address today’s fire problem, what would it look like? — Scott Somers (@ScottCSomers) August 18, 2015