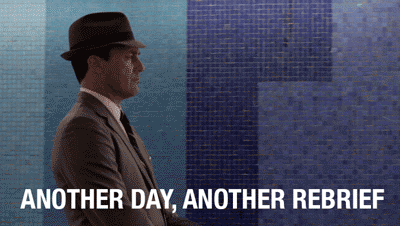 What I’m watching: Lately I’ve been watching a lot of a show called “Monster Factory” where two brothers try to make the ugliest creations they can in video games. It is hi-lar-ious. (Though be advised, there’s some language in there that you might not want your boss/kids to walk in on.)

What I’m listening to: There’s so much good hard-driving alternative rock these days. Try White Reaper if you want a song that sounds *just* like a horror movie and Rozwell Kid if you want a song about throwing away all your clothes in a Wendy’s trash can, I can’t pick just one.

My wife drinks a lot of Diet Dr. Pepper, and recently they’ve been printing cans that say “You Deserve This” … which, to me sounds like some sort of vague insult or a thinly-veiled threat, like “Come and get this diet soda I guess. It’s not great but hey, neither are you.”

The reason I bring this up is that it also reminds me of an obscenely cringeworthy thing that happened in suburban Ohio last year, when the city of Cleveland Heights trotted out the slogan “We Choose This.” 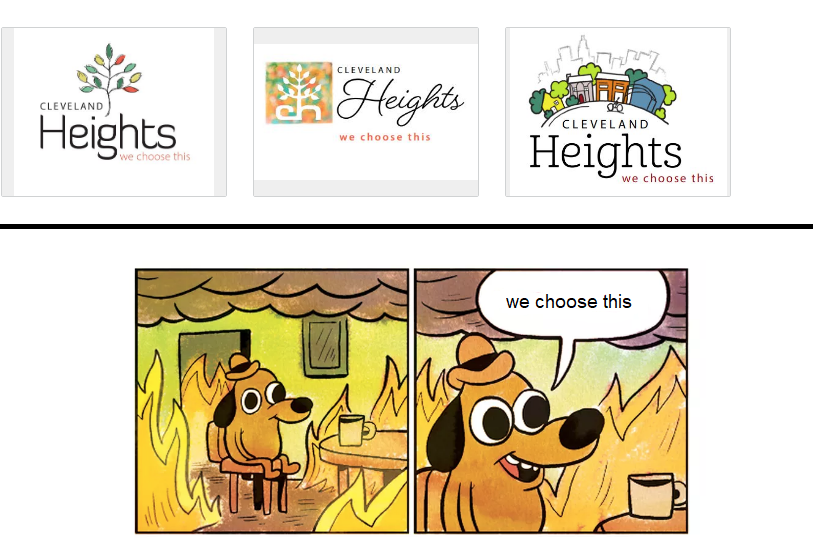 As someone who grew up in “The Horse Capital of the World,” was stationed in “The Holy City” and went to school in the “Flour City” (or “Flower City,” depending on how old you are), I’m familiar, and even accepting of the idea of wanting to build an identity for your city.

But at the risk of going full-bore “get off my lawn,” what I can’t really abide is how modern and contrived it’s become.

I’m all for actual tradition (which I have seen lovingly described as “peer pressure from dead people,” and I am VERY here for), which is why I’m fine with Severance, Colorado calling itself something patently ridiculous like the place where “Where The Geese Fly and the Bulls Cry,” and stuff like Seaford, Delaware’s moniker of “The Nylon Capital of the World,” since DuPont put their first nylon factory there.

In fact, if you google “Nylon Capital of the World,” Seaford comes up right away, even though the plant closed down a while ago. 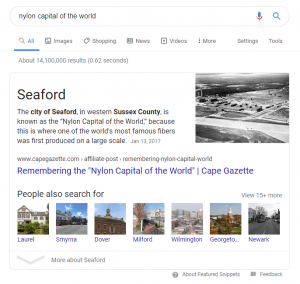 However, if you Google their current slogan, “The Perfect Place To Start,” you get stuff about Miami, Columbus (OH) (separate articles call each of them “the perfect place to start a business”), and shopping at the flea market. Not the one in Seaford, mind you, just any old flea market, because if you’re looking for something odd, that’s, well, the perfect place to start.

And not only that, but does that not imply to you that Seaford isn’t where you’ll end up? Isn’t “the perfect place to start” where you’re leaving from? Is Seaford trying to tell you to get out of Seaford?

And what’s more is that these branding initiatives regularly expand into six-figure ranges, which is borderline criminal in my opinion, because you could bribe a child with a store brand candy bar to come up with something better than “Seaford, Delaware — we’d be perfectly fine if you wound up somewhere else,” so I guess that they could have done a lot worse considering it was “only” $12,000.

I think the best way to sum it all up is this quote from longtime Seaford resident Debi Thomas: “It’s really…I don’t know.”

Mayors, councils, and managers these days have enough to worry about, so why are they concerned with trying to Don Draper their way to a unique brand? Cities and towns aren’t startups, and they don’t need elevator pitches, and what they especially don’t need is for the tax base to fund an outside consultant to try to magically imbue tradition.